‘Today, I go back to my family, proud and victorious’: Farmers evacuate protest sites around Delhi

After receiving a signed letter from the government, the farmers have officially ended their year-long protest against the farm bills.

On Thursday evening, Deedar Singh and Sanam Deep, both 18, reached Singhu border from their village in Gurdaspur, Punjab.

“We decided to come and help everyone pack up,” said Deedar. “I don’t know if we will ever see a protest like this in our life again so we didn’t want to miss this victory march.”

On November 19, prime minister Narendra Modi announced the repeal of the three contentious farm laws. In his speech, he requested farmers to clear their protest sites along the periphery of Delhi and return home.

Meanwhile, the farmers insisted that they would not leave until some of their other demands were met. On November 21, the Samyukt Kisan Morcha, an umbrella organisation of farmer unions, wrote an open letter to the prime minister putting forth six demands. They made it clear that if the government did not engage in talks regarding these conditions, the agitation would continue.

The two crucial demands in the letter were a legal guarantee of the minimum support price, or MSP, withdrawal of police cases filed against farmers, and the sacking of union minister Ajay Mishra for the violence that took place in Lakhimpur Kheri.

On December 9, the farmers accepted the government’s second draft proposal, where the state gave a written assurance of MSP and the withdrawal of police cases filed against farmers. With that, the farmer leadership announced that the protest sites would finally be cleared after more than a year.

While doing so, they dedicated the victory to the 715 protesters who lost their lives over the past year, and said the unions would “collectively stay alert and ensure that promises are kept”.

There was no further talk about sacking union minister Ajay Mishra.

Celebrations and plans for the future

On the morning of December 11, the mood at Singhu border was jubilant. Farmers distributed sweets and played loud music as the crowd began their journey back home.

While the Delhi police had begun moving their barricades at the Ghazipur protest site, the multi-layered barricading at Singhu remained intact. According to the police, the barricades will not be removed until the farmers have left completely.

Since its inception, the protest site has evolved dramatically. Makeshift homes on tractors and trolleys turned into bamboo homes with well-welded structures. Fans, air conditioners, utensils, automobile parts, winter clothes, books, and more appeared – all of which will depart along with the farmers.

Deedar and Sanam, who just completed Class 12, were busy packing up the belongings of their villagers and loading it onto the tractors and trolleys headed back home.

“We didn't sleep at all last night,” said Deedar. “Everyone was dancing and partying till morning.”

In the past year, the two boys had visited the protest site at least six times. Each visit would last 15-20 days.

“Whenever we came here, we would bring our books and attend classes online, inside our trucks or tents,” said Deedar. “Before this, our life was all about studying, getting a job, and focusing on our own lives but being at this protest has shown us what it means to be a community. I will carry this with me always.”

When asked about their future plans, both of them said they “want to join the army and serve the country”, despite being hurt when the protests were called “anti-national”.

“We farmers were called Khalistanis but look at us, we won right?” said Sanam. “I still love this country and I still want to serve it. So yes, I will still join the army.”

A little ahead was Kashmir Singh, 48, from Mansa district of Punjab. Kashmir is a farmer leader with Bhartiya Kisan Union in his hometown. Like the two boys, he too had been to the protest site six or seven times in the past year.

While most of the tents of the large community kitchens have been taken down, the food continues to be served. Though most farmers are clearing out the site today, a few like Kashmir have chosen to stay back and make sure even the last farmer on the site is fed.

“It was on a rotation basis,” he said on how the kitchens worked. “We all had numbers and whenever my turn would come, I would come and volunteer at this langar service. Ours was one of the largest community kitchens here.”

He added, “We also want to make sure we clean up the protest site. So tomorrow some of us will do the cleaning and only we will then leave.”

At Kashmir’s langar, most of the hungry mouths were those of young children who live around the protest sites. For instance, Atul Kumar, 36, who lives in the neighboring village of Singhu, watched as his two sons savoured a plate of rice and dal.

“My sons have been coming here and eating with the protesters for a year now,” said Atul, who works as a ragpicker. “Sometimes my kids used to go hungry but they gave my children so much food. I am very sad to see them go.”

Newslaundry also met Pradeep Singh, 30, at Singhu. Pradeep, an MBA graduate, was on his way back to Ropat district in Punjab, a journey that usually takes six or seven hours. This time, he said, it’s expected to take 12 hours, since they may stop to celebrate at different points, the journey is expected to take close to 12 hours.

Pradeep left home to join the protest when his infant daughter was one year old. She’s now two, and he’s looking forward to meeting her. “ told my wife that if things go bad, I may never come back home,” he said. “Today I go back to my family, proud and victorious.”

Before joining the agitation, Pradeep worked at a private firm in Chandigarh. He also owned two acres of land. On November 24 last year, he applied for two days leave and travelled to Delhi with other protesters.

“Once I reached Delhi, I never left,” he said. “I went back to the office on December 19 and gave my resignation.”

When asked if he would rejoin his office now, Pradeep said he is considering working as a farmer.

“I found pride in the job now,” he explained. “Initially we all used to try and get jobs in private companies but now I feel it’s changing. Why shouldn’t young children aspire to be farmers?”

As of December 11, the main stage at the Singhu border had been dismantled. A large JCB vehicle stood next to the vacant lot. Delhi resident Sahib Singh, 45, oversaw the loading of the site’s large roti making machines onto a truck.

“This machine used to make close to 2,000 rotis per day,” he said proudly. Now, the machine – which was donated by the Delhi Rakabganj gurudwara – will return to the gurudwara. 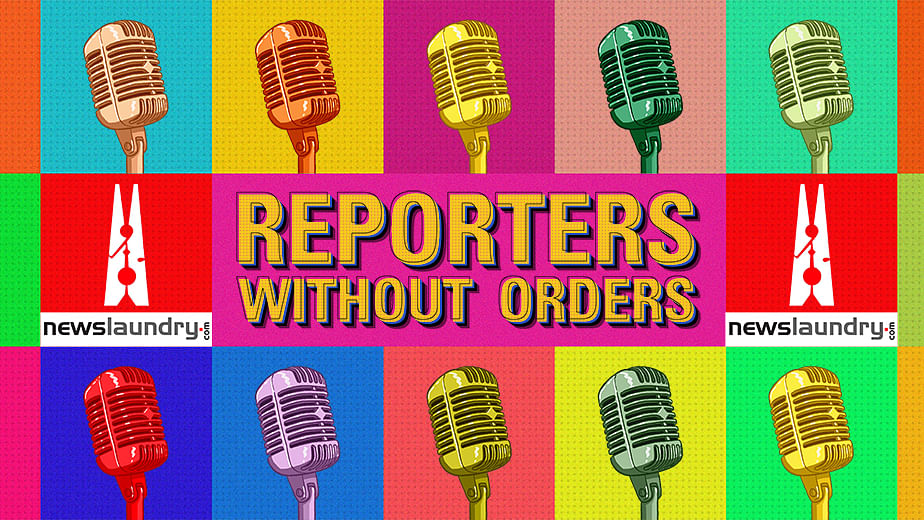 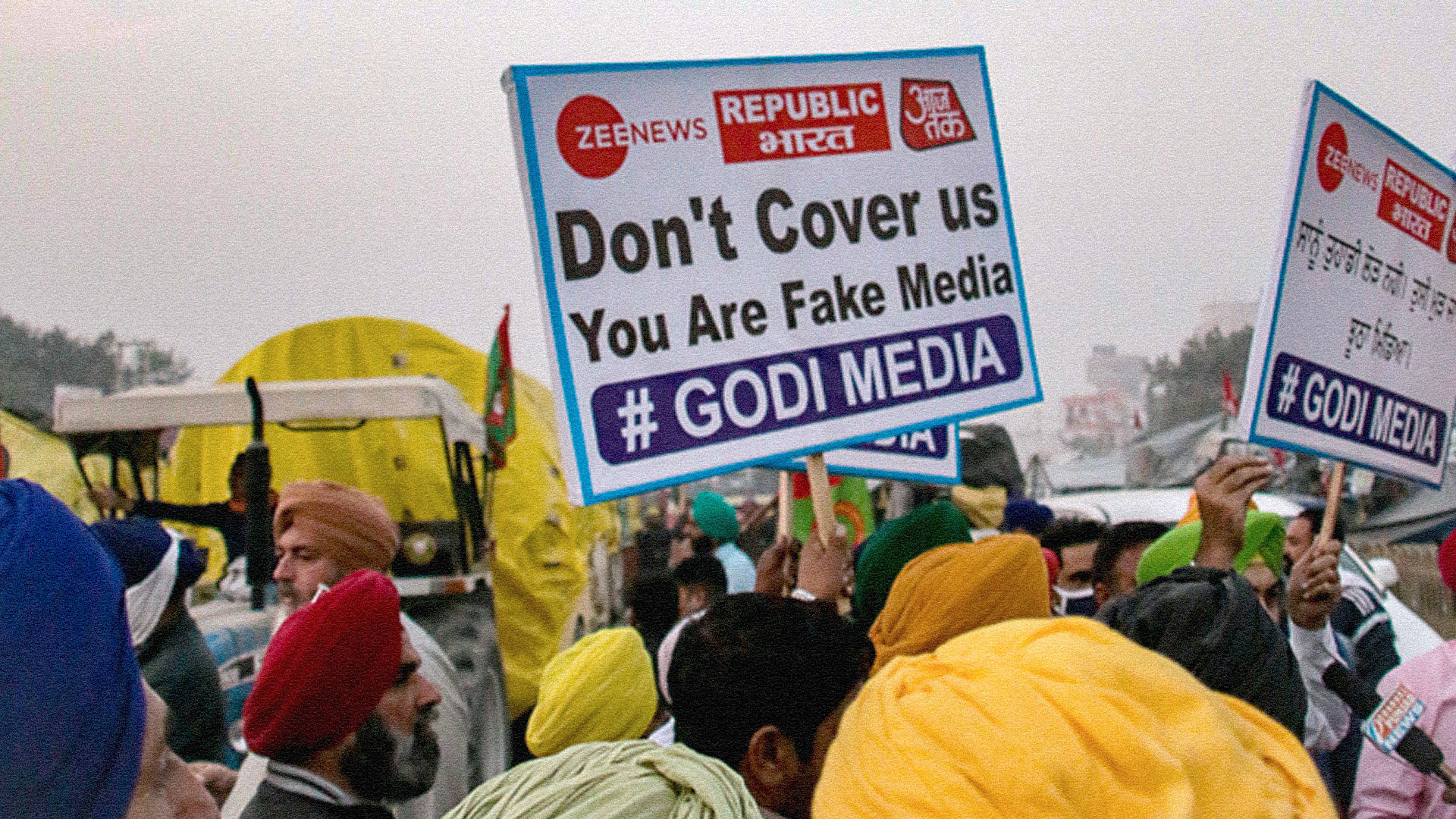