When violations aren’t penalised: The legality of the Patanjali advertising tsunami

The ads, published in leading papers like Indian Express and the Hindu, potentially violate multiple laws.

Over the course of the past week, Baba Ramdev’s Patanjali Ayurved has been plastering leading English and Hindi newspapers with advertisements for ayurvedic medicines that purportedly cure diabetes, reduce cholesterol and provide “instant benefit” for medical conditions such as fatty liver and liver cirrhosis.

The list of newspapers that have published these advertisements include the Indian Express, Times of India and the Hindu. While Patanjali Ayurved has a history of pushing the boundaries of the law, as we all saw with the “Coronil” controversy, it is astonishing to see otherwise reputable newspapers publish advertisements that potentially violate multiple laws.

To begin with, Rule 106 of the Drugs and Cosmetics Rules, 1945 – which was established through the Drugs and Cosmetics Act, 1940 – specifically prohibits any drug from purporting to claim or actually claim to prevent or cure any diseases mentioned in Schedule J to the Rules. The diseases included in this schedule are “diabetes” (No. 14) and “liver disorders” (No. 33).

Separate from Rule 106 is Rule 170 which was only recently inserted into the law by the Ayush ministry in 2018 after immense pressure from the parliamentary standing committee on health on the issue of false advertising by the entire Ayush industry. This particular provision makes it clear that “the manufacturer or his agent, of Ayurvedic, Siddha or Unani drugs, shall not participate in the publication of any advertisement relating to any drug for the use of diagnosis, cure, mitigation, treatment or prevention of any disease, disorder, syndrome or condition.”

For Ayush drugs not falling in this category, the rules create a mechanism where state drug control authorities have to screen advertisements before they can be published.

In addition to the above provisions in the Drugs and Cosmetics Act, there is also the Drugs and Magic Remedies (Objectionable Advertisement) Act, 1954. Section 3 of this legislation prohibits the publication of advertisements for the “diagnosis, cure, mitigation, treatment or prevention of any disease, disorder or condition specified in the Schedule”.

The list of diseases and medical conditions mentioned in the schedule to the law includes “diabetes” (No. 9) and “heart diseases” (No. 26).

An amendment proposed by the ministry of health in 2020 sought to add “liver disorders” into the schedule. The truthfulness or otherwise of the content of these advertisements is of no consequence under this law. The penalty under this law for publishing unlawful advertisements is six months in prison and/or an unspecified financial penalty. A second conviction could lead to imprisonment of one year. The proposed amendment sought to increase the punishment to a minimum of two years and Rs 10 lakh, and five years and Rs 50 lakh for a second conviction.

The job of actually enforcing this law falls upon the state drug inspectors.

While it is doubtful if the provisions under the Drugs and Cosmetics Act are likely to apply to publishers like newspapers, the Drugs and Magic Remedies (Objectionable Advertisement) Act most certainly does. However, in our experience, based primarily on research in Maharashtra and Andhra Pradesh, most drug inspectors never prosecute the media for violating this law. Usually, most drug inspectors prosecute only the manufacturer and the fines imposed by judicial magistrates in the case of convictions are usually in the range of Rs 20,000, despite the law not specifically mentioning an outer limit. Those found guilty are almost never sentenced to prison.

In this situation, where benefits far outweigh the risks of flouting the law, it is no surprise that the industry and the press are playing fast and loose with the law.

The more effective institution in checking the publication of such advertisements has been the Advertising Standards Council of India, a voluntary self-regulatory body setup by the advertising industry. While the ASCI is quite efficient in monitoring and shaming the publication of misleading advertisements, given its status as a non-governmental body, it obviously lacks the punitive powers of the state.

For even these meagre regulations to not be enforced vigorously is a crime against the people of India.

Dinesh Thakur is a public health activist. Prashant Reddy T is a lawyer. 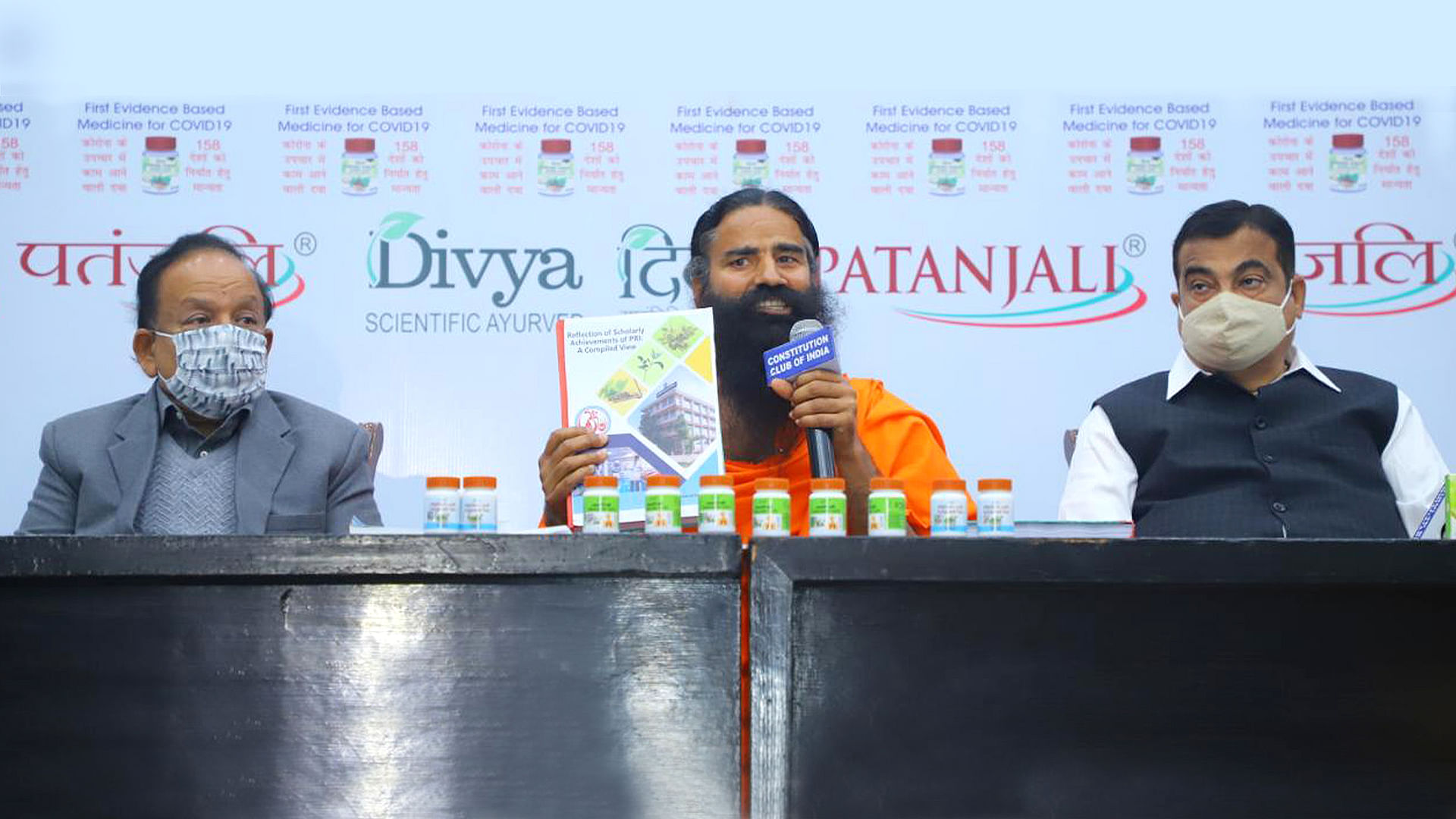 Patanjali’s Coronil gets another boost, courtesy a dubious clinical trial