Their ‘illegal’ settlements are often treated as eyesores standing in the way of ‘beautifying’ a city.

Predictably, Jahangirpuri has slipped off the radar. The high drama of April 20, as excavators – or bulldozers, in popular parlance – razed homes, shops, walls, gates, food carts, awnings, and temporary and permanent structures has ended, at least for the moment, as we await the verdict of the Supreme Court of India.

But in the court of popular opinion, as determined by the tone and substance of the media coverage of Jahangirpuri, the verdict has already been delivered. And it reads: “The state has the right to use force to deal with ‘illegals’ and ‘encroachers’, and to punish those suspected of rioting, even if there is no proof.”

The other message, barely hidden, is that this is what awaits Muslims who so much as dare to raise their heads, even if a few Hindus also suffer as collateral damage.

Television news in this country has already fallen so low that it is hard to imagine it could go lower. But it has and it did, on April 20. There are no words to describe the craven, callous and gross coverage of the brutal actions by the municipal authorities in Delhi that not only rendered people homeless and crushed their sources of livelihood, but also sent out a frightening message to lakhs of others like them.

Instead of showing an iota of sensitivity, a section of TV journalists shouted, climbed onto bulldozers, and remained in perpetual exclamation mode as they recorded the mayhem. To get a glimpse of this, take time to watch this edition of TV Newsance by Newslaundry. It will illustrate better than any words what television news has been reduced to in this country. To term it farcical would be a gross understatement.

The behaviour of some TV reporters and anchors on April 20 has also underlined how far the media, and many journalists, have travelled from the concepts that undergird the role of the media in a democracy. Our job is not to kick people who are already crushed by poverty and unemployment; it is to hold to account the people with power. On April 20, we did just the opposite.

Apart from the basic message that the demolitions at Jahangirpuri, as well as in Madhya Pradesh’s Khargone and in Gujarat, seek to send out, there is a backstory that also needs to be understood and addressed by the media.

Our job is not to kick people who are already crushed by poverty and unemployment; it is to hold to account the people with power. On April 20, we did just the opposite.

This is the egregious ways in which governments, and city authorities, constantly use and misuse laws against the urban poor.

I live in the city of Mumbai where an estimated 50 percent of the population lives in semi-permanent housing. In the eyes of the authorities, some of these settlements are “encroachments” on land marked for other purposes, even if that purpose has remained unfulfilled for decades.

As a result, the sword of demolition hangs over the heads of lakhs of poor people who continue to find work and survive in this so-called Maximum City.

The reality, of course, is that in Mumbai, even the very minimum by way of basic services is not provided to close to half the population.

A recent study prepared under the Mumbai Climate Action Plan noted that 41.7 percent of the city's population uses community toilets. A toilet in every home is still a distant dream. Many of these so-called community toilets are in such poor condition as to be unusable. Children often squat on the open land in front or behind the toilets. Old people are compelled to use the open drains running past their homes, as even in many of the settled, or "regularised" slums, there is no sewerage system. And increasingly, people are building toilets inside their tiny houses and the waste is being flushed out into open drains that run through these settlements.

This is the state of affairs in India's richest city.

If you are a reporter based in any Indian city, the urban poor are a reality who cannot be wished away. They are driven to cities because they have no means of livelihood in their villages. And many have lived decades in impermanent housing, even on pavements, or alongside railway lines, because even if they found work, they could not find a place to live.

These settlements of the urban poor have a history, linked to migration but also to demolition. Jahangirpuri, for instance, was designated to resettle people pushed out from the heart of Delhi in efforts by the Indira Gandhi government to “beautify” the national capital. That term has increasingly come to mean that you either hide the poor, or send them far away so that urban poverty is invisiblised.

The people who were settled in Jahangirpuri in the 1970s were given small plots on which they were expected to construct their shelters. These people had originally come to Delhi from UP, Bihar, Rajasthan and West Bengal. Over time, as with most other similar settlements, tin and tarpaulin were replaced with brick and mortar, and pucca houses coexisted with temporary structures – all under the benign eye of the authorities.

Yet, this history of the place, and understanding of what it was and how and why it is what it is today, was largely missing from the reporting on Jahangirpuri. We read about events on the day of the demolition, the loss to so many families, and the desperation with which people tried to save their belongings. But for people living outside Delhi, it was hard to understand where this place is, how it was established, and who were the people who lived there.

For the majority of viewers of television, however, the story was complete on that day itself. The municipal authorities had acted, they had removed encroachments and illegality, and they had sent a powerful message to those who think they can get away with violating the law. Laughable as that is in this country, where respect for the law is the lowest amongst the powerful and the well-heeled, it is this distorted narrative that is being pushed by much of the media.

We have seen this happen in the past in many cities. In Mumbai, for instance, demolitions were almost a daily occurrence in some parts of the city, particularly after the 1970s. Newspapers would report these demolitions, but we also read about “slum dwellers and citizens”, as if these were two mutually exclusive categories. Such reporting perpetuated the belief that anyone living in a slum was an “illegal” and that the municipality was right in demolishing such slums.

In Mumbai, demolitions were almost a daily occurrence in some parts of the city, particularly after the 1970s. Newspapers would report these demolitions, but we also read about “slum dwellers and citizens”, as if these were two mutually exclusive categories.

In 1981, at the height of the Mumbai monsoon, the then chief minister of Maharashtra, AR Antulay, conducted a demolition drive against pavement dwellers and slum dwellers that is memorable for its callousness. In response, journalist Olga Tellis and others filed a case in the Supreme Court arguing that even the poor were guaranteed the right to life and livelihood like any other citizen of India and that their shelters could not be demolished without notice and without giving them an alternative. The judgement in the case, delivered in 1985 by a constitution bench, has much in it that is relevant even today.

The court held that pavement dwellers should not be treated as trespassers. “The encroachments committed by these persons are involuntary acts in the sense that those acts are compelled by inevitable circumstances and are not guided by choice.”

Today, this kind of understanding of the reality of the lives of the urban poor is missing, not only amongst the class that does not have to fear loss of shelter, but also in much of the media. As a result, you get reports depicting the poor not only as lawbreakers but also their settlements as eyesores that need to be cleared out to “beautify” our cities.

In the three decades and more since the Olga Tellis ruling, attitudes towards the urban poor have hardly changed. You realise this if you revisit the 1984 documentary Bombay, Our City by Anand Patwardhan. It could have been made in the India of today.

The reporting on Jahangirpuri reminds us yet again how the media “discovers” poor and marginalised people only when something dramatic happens, such as a demolition. They forget that for the urban poor, the very process of survival, as Patwardhan's film so graphically portrays, is a daily drama. These are the stories we ought to be recording and reporting, rather than waiting for their lives to be literally crushed under a bulldozer.

There's a buzz around 'bulldozer politics', from Delhi to Gujarat, Uttar Pradesh to Madhya Pradesh. And in Madhya Pradesh, the score of such 'demolition drives' is much higher. Our new NL Sena project explores just what happened in the state. Contribute now and help us tell this story. 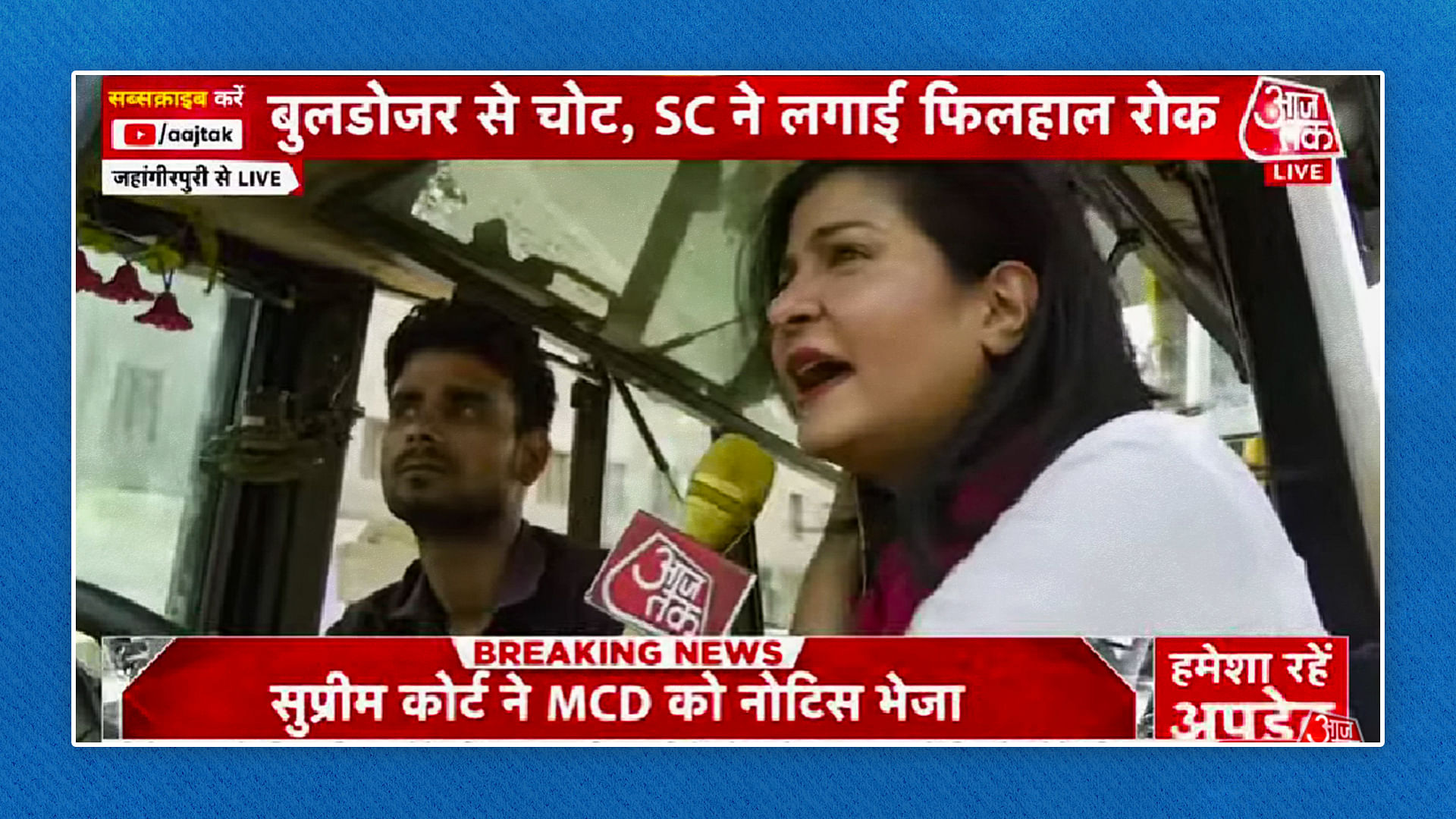 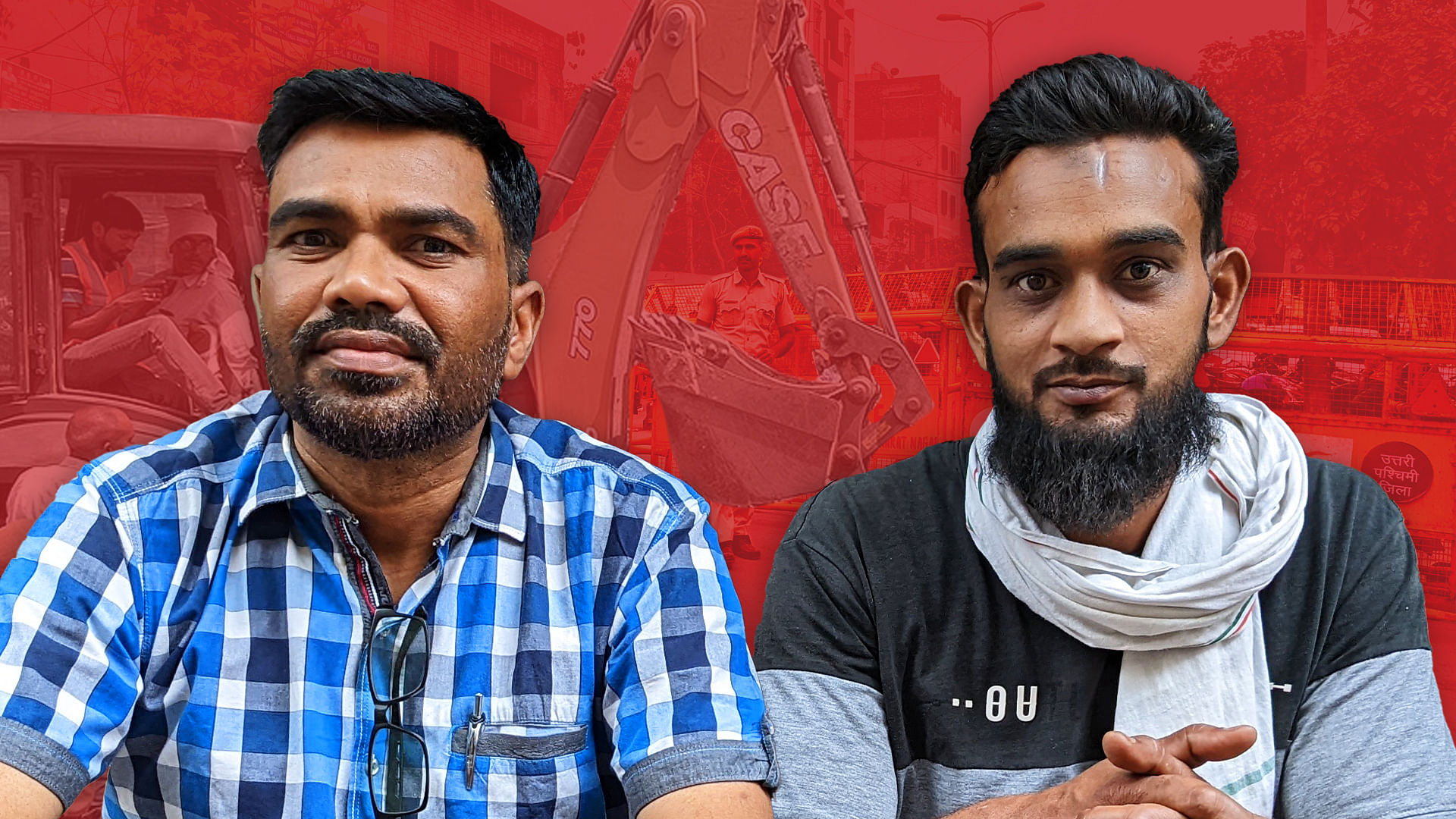