No Rajya Sabha seat for RCP Singh: What this says about internal strife within JDU

The old rivalry between RCP and party president Lalan Singh runs deep, and Nitish seems to have thrown his weight behind the latter.

The decision to deny someone a position can often be as critical in politics as the decision to award it. This is equally true for how political parties look at the candidates they can send to the Rajya Sabha – a decision influenced by a number of factors.

The move to overlook candidates, however, particularly those expected to have a smooth sail, can sometimes leave a lot to be read between the lines. That can be seen in the Janata Dal United’s move to deny a Rajya Sabha nomination to RCP Singh, the union minister for steel, for his third consecutive term. The move has also meant that the JDU might lose its lone face in the Narendra Modi-led government at the centre.

Instead of RCP Singh, the JDU decided to field Khiru Mahto, former MLA and the current head of the party’s Jharkhandunit, as its candidate for the biennial election to the Rajya Sabha from Bihar. For many observers, the decision to deny RCP Singh a seat was not wholly unexpected, even if sudden, given the tense power play within the JDU. Lines of intense rivalry have been drawn between former president RCP Singh and current president Rajiv Ranjan Singh, aka Lalan Singh.

The move to deny RCP the party’s entry route to the Rajya Sabha is also seen as an indication that the JDU’s key leader and Bihar chief minister Nitish Kumar has thrown his weight behind the current party president in the internal tussle. This has been months in the making. Even before RCP joined the union cabinet in the NDA government’s reshuffle last July, there was growing unease between the party’s top brass in Patna and RCP’s growing proximity to the BJP – the principal constituent of the NDA. The months that followed only sharpened the rift, even if public statements tended to downplay any differences.

It still isn’t clear to what extent the current tussle is a result of RCP’s alleged hobnobbing with the BJP, and to what degree it has to do with his long rivalry with Lalan Singh. If the latter is the case, the one variable that seems to be against him is that he is no longer finding favour with Nitish Kumar. That is a key difference between how the power equations in this one upmanship game shaped up earlier and now. Still, the dwindling of the stock of someone who was once Nitish’s close confidante in the party has been swift, perhaps even final.

In late December 2020, when RCP Singh took over as JDU party president from Nitish Kumar, he was seen as the predictable choice. At the party’s headquarters in Patna’s Birchand Patel Marg, the announcement of the new chief’s name had only been a matter of when, not who.

In the last two decades or more, Nitish handpicked RCP Singh for different roles in the administration and party affairs. As a bureaucrat, RCP was Nitish’s chosen man when the latter was union minister of railways and agriculture. Nitish later ensured that RCP joined as principal secretary in the Bihar government when he became chief minister in 2005. RCP’s proximity to the chief minister made top party leaders take note, and they began courting him.

Besides being a natural fit into Nitish’s low-key style of functioning, RCP, like Nitish, was also an Awadhiya Kurmi from Nalanda district. A perception soon grew that, along with administrative matters, Nitish had made RCP privy to political decision-making too. In 2010, the formal transition could be seen as RCP resigned from the IAS, and the JDU nominated him to the Rajya Sabha. In the next decade, he emerged as one of the pivots of the party machinery.

But it wasn’t all smooth sailing. While some party veterans like KC Tyagi and Vashishtha Narayan Singh did not have age on their side, Lalan Singh – an upper caste Bhumihar leader and a close Nitish aide – was a constant challenge to RCP’s growing clout in the party. However, as this writer pointed out in an earlier piece, it was the lateral entry of poll strategist Prashant Kishor as the party vice-president that was set to reorder the party’s chain of command, especially as Nitish was seen as grooming Kishor for a leadership role.

But Kishor’s disconnect with the rank and file of the party, as well as his lack of popular appeal and organisational naïveté, ensured that he had a short stay in the party.

Kishor’s containment and subsequent departure benefited RCP on another front too. For RCP and Lalan, Kishor became their unlikely common opponent. Observers then believed that both made peace to somehow sideline Kishor and their combined efforts played a role in cutting Kishor down to size in the JDU’s pecking order.

However, when their common threat disappeared, old rivalries started simmering again. The Lalan-RCP truce could not sustain for long. At the same time, RCP – who had once proved handy for Nitish in seat negotiations with the BJP during the 2019 Lok Sabha poll and the 2020 assembly poll – was seen as growing close to the BJP, much to Nitish’s discomfort. RCP has also indicated, among other things, his disagreement with the JDU’s line on demanding proportionality in its share of ministerial berths in the NDA government at the centre. The manner in which he was perceived to have bypassed party consultation to join the central government as the JDU ministerial face also ruffled some feathers in his party.

The next few weeks will show whether the chatter about RCP’s perceived hobnobbing with the BJP will find a way for him to retain his ministerial berth in the union government. At the same time, if he intends to win back his once formidable clout in the governing alliance in Patna, he will need to settle the simmering turf battles within his party – or at least wrest a truce to regroup. That’s a line of action that will need him to rework his equations with 1, Anne Marg, and Nitish Kumar will remain the key variable. 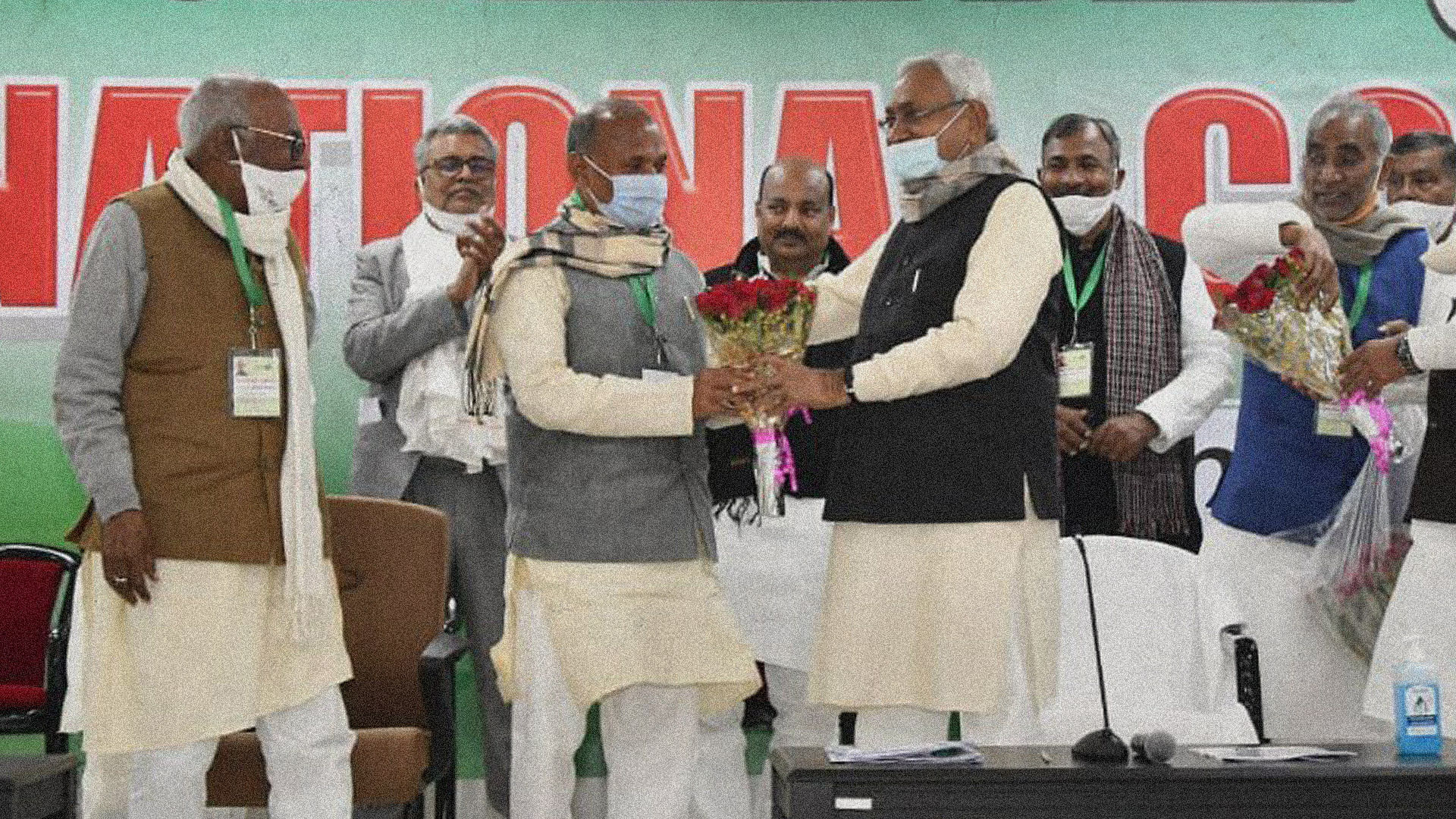