Inside the Alt News office after Mohammed Zubair’s arrest

The newsroom is pulling ahead despite the pressure brought by the cofounder’s arrest, legal action and hate campaigns.

It had seemed a regular Monday evening for Kalim Ahmed, 22, a writer at Alt News, when he reached home after shutting his office in Kolkata on June 27. But then a message from the factchecking platform’s director Nirjhari Sinha popped on his screen, informing him of the arrest of Alt News cofounder and managing editor Mohammed Zubair.

The journalist was called for questioning in a 2020 case in which he has protection from arrest from the Delhi high court, only to be held for allegedly hurting religious sentiments and promoting enmity through a four-year-old tweet, which an anonymous Twitter user who has since vanished from the social media platform apparently found offensive. The Delhi police later added charges of criminal conspiracy, disappearance of evidence and violation of foreign funding rules to the case, and Zubair, who already had five FIRs against him, is now in 14-day judicial custody.

“None of us could sleep properly that night. We all began asking Pratik what we could do to help. At that point we didn’t know what exactly he was being arrested for. We all got busy trying to scan Twitter and tracing out and compiling all the tweets against him,” said Kalim.

While Alt News founder Pratik Sinha is battling legal proceedings and a slew of allegations by a section of the media, Zubair’s case has shaken the newsroom. Alt News has an office each in Ahmedabad and Kolkata and just 12 employees for a crowdfunded mission that involves round-the-clock monitoring of a barrage of disinformation online.

“Even though there was already some sense of apprehension about this, I was shocked…since then, we have all been working under immense pressure…the rest of the team is managing the work. Some stories are taking time to be published as the senior members are busy with Zubair’s case. Meanwhile, we’re all doing our best to stay motivated,” said Pooja Chaudhuri, who currently oversees the English division at Alt News.

“Repeatedly embroiling us in such cases takes an enormous toll on us,” said Pratik. “Just imagine, both Zubair and I who lead the team are completely caught up in the case and we’re such a small team. It is a huge financial crunch for us as well.”

The fear of legal action is not new to the organisation which has received multiple legal notices – though within the team, Zubair is the only one facing criminal proceedings. “It’s obvious that it most certainly has something to do with his Muslim identity,” said Pratik.

On May 27, Zubair had tweeted the infamous Nupur Sharma clip from a Times Now broadcast which later snowballed into a diplomatic furore and nationwide protests – and calls to arrest Zubair became a Twitter trend. “There were people who started digging up his old tweets…even offering to pay money to those who would file a case…we were all worried,” Pooja said.

Days later, he was arrested. Pratik asserted that the arrest and all the other legal proceedings are “simply an attempt to stop us from doing what we do”.

Censors and working through the void

According to Archit Mehta, a senior fact-checker at Alt News, all staffers are harassed online but the directors and the organisation are targets of rampant disinformation campaigns. “This has real world consequences. One of them being that despite following journalist principles, which are absent in the mainstream media, a section of the nation is made to believe we are 'anti-national'...even social media giants are a victim of this perception management. Several employees at Alt News faced multiple rejections for verification of their profile. In fact, Twitter is yet to verify one of our director's profiles."

But despite the virtual hate that trickled offline, and the legal action, Pooja Chaudhuri explained that so far the team has not been demotivated. “We are quite a driven team and we all understand the importance and relevance of what we do.”

“In 2020, when cases began being filed against Zubair, it really started to affect the morale of the team. Also, Zubair is the most active member on social media in our team...so his absence is felt by each team member,” said Priyanka Jha, who leads the Hindi division.

Work does “slow down a little,” said Kalim, who worked closely with Zubair on a story related to a man being thrown out of a stadium in London. “By Monday when I had finally finished the story, Zubair was arrested. Usually Pratik gives the final nod but this time things were different and we published the story the next day."

It is a small team with a big vision. Of the 12 employees, six are part of the content section – which has two writers and two in the video department. While Pratik’s mother Nirjhari Sinha handles all the administrative operations, the monitoring desk is manned by Zubair and Aqib Pathan.

Zubair and Aqib usually start their day by scanning social media for viral or potentially viral pieces of misinformation which are then assigned to a writer, who files a report after verifying it at various levels. It is Aqib who most frequently interacted with Zubair within the team and is now monitoring misinformation all by himself.

“In the last few weeks, I had been very worried for Zubair but he always said that we’re on the side of truth and so we have nothing to worry about,” said Aqib, who was trained by Zubair after he joined Alt News in 2020. “Very often I used to speak to him even at 3 am…he showed me which are the handles that continuously put out fake news.”

“When it is such a small team which has to go through so much misinformation and when Zubair plays such a central role, his absence with the team takes a huge toll on everyone,” said Pooja. “When it comes to certain complicated stories, we need Zubair and Pratik to review them. For example, we were working on a story to debunk the misleading news that Buddhists in Ladakh clashed with Muslims in the region. It took more time than usual to publish this piece because of the arrest and the fact that Pratik was occupied with legal work. So work surely slows down.”

A small team with a big vision

“Fact-checking in India is more like reporting. Very often, you have to reach out to people, reporters and stringers on ground to really be able to debunk something. So each story of ours goes through multiple internal checks,” said Pooja, adding that the organisation usually puts out around four reports each day.

But the vision of Alt News – which was founded in 2017 to bunk growing misinformation – is nearing the edge of transformation as Pratik realised the underlying problem, “which is how gullible people are to propaganda”. “We’ve realised that the solution to the dangers of misinformation does not lie in journalism…the real solution lies in the field of education.”

In the last few months, the Alt News founder has been engrossed in finding a way to conduct workshops for school kids and in building a curriculum to inculcate the habit of authenticating news as a life skill. “The idea is to empower children to think clearly.”

It was with this vision that, post pandemic, Pratik moved to Calcutta to start a new office and focus on the education vertical while Zubair continued to work from Bengaluru.

Hours of sifting through hate campaigns – often directed at them – takes a toll on the team.

“We consume so much hate on a daily basis that it can often be extremely triggering. That said, I cannot imagine the stress level felt by team members who are from a Muslim community,” said Pooja.

Aqib said he struggles “a lot with sleep” because of a regular monitoring of hateful and violent content. “Zubair and I used to speak about it a lot.”

The duo would take turns to take time off the screen. Such concerns were echoed by the team who said that they take breaks on a rotational basis.

But the same hate keeps them motivated, according to Kalim, the youngest in the team. As a linguistic Bengali Muslim from the Northeast, Kalim said the “xenophobia” he witnessed has become a driving factor to bust fake news. And according to him, while the plight of his community was discussed during protests against the controversial citizenship law, his goal “is to document all this hate” so that some day there is justice. 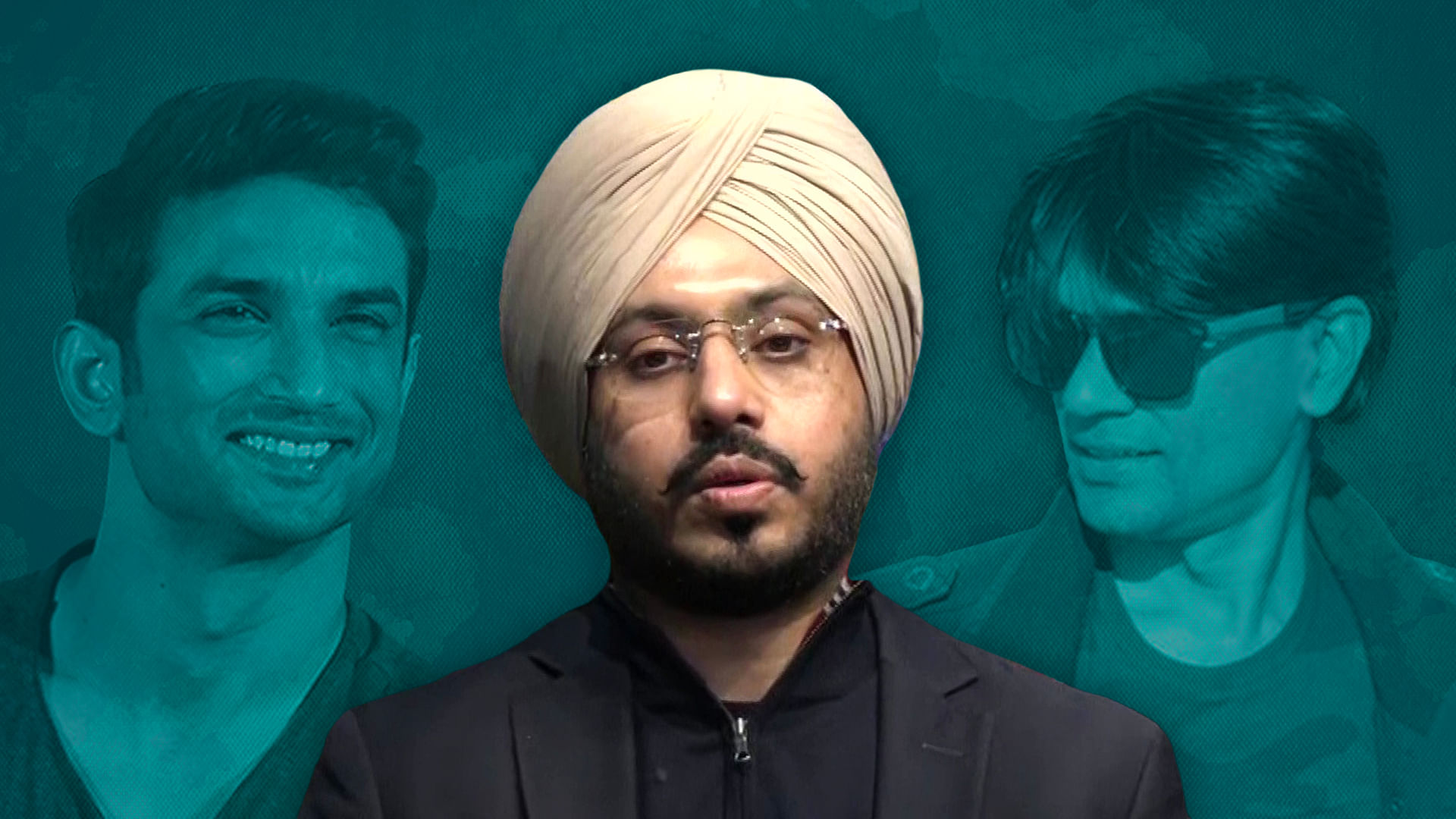