New Forest Conservation Rules will compel states to obtain consent from tribal communities after the union government has already collected money from developers for forest clearance.

The Indian government has devised new rules to let private developers cut down forests without first ensuring the consent of the forest dwellers.

On June 28, the union environment, forest and climate change ministry notified the Forest Conservation Rules 2022 to shift onto state governments the union’s responsibility of ensuring that the rights of tribals to their traditional forestlands are recognised and their consent is taken before their forests are chopped down.

The new rules allow the union government to permit the clearing of a forest before consulting the people living in it, forcing the hand of the concerned state government to secure consent from tribal and other forest-dwelling communities.

Earlier, the union government was required to verify the consent of the forest dwellers and ensure recognition of their rights over the forestland before approving handovers for private projects. Now, it can approve the handover of the forest and collect payment for compensatory afforestation from the private developer even before the state government has settled forest dwellers’ rights and ensured their consent for the project.

The amendment runs afoul of the Scheduled Tribes and Other Traditional Forest Dwellers Recognition of Forest Rights Act, or Forest Rights Act. The 2006 law requires governments to seek free, prior and informed consent of forest dwellers before allowing a project on their traditional lands. This reading of the law was also affirmed in the Supreme Court’s 2013 judgement in Orissa Mining Corporation Ltd v Ministry of Environment and Forest & Others, popularly known as the Vedanta judgement.

The changes to the Forest Conservation Rules come after years of tussle among various ministries, failed takeoffs, and a strong legal warning against such a move in 2015 by the tribal affairs ministry, which oversees the implementation of the Forest Rights Act, government records show.

“This change only makes things worse by making the forest clearance almost a fait accompli,” said Sharachchandra Lele, a distinguished fellow at the Ashoka Trust for Research in Ecology and the Environment. “We cannot imagine a collector doing due diligence on FRA rights after the forest clearance has already been approved by the union government.”

We asked the ministries of forest and tribal affairs about the reasoning behind the amendments despite the latter’s warning. This story will be updated if they respond.

Until the new rules kicked in, it was the forest ministry’s job to assess and approve the clearing of forests under the Forest Conservation Act 1980. The process was as follows:

The project proponent applies to the state government for forestland. The state sends the proposal with its recommendations to the union forest ministry if the land required is over a certain size. If the ministry’s forest advisory committee, comprising forest officials and experts, agrees, the project gets an in-principle approval. If the project developer meets the conditions tied to the approval, such as the payment of a sum called Net Present Value for cutting down the forest, they get the final approval. The state government then gives a letter to the developer – the final order of diversion or de-reservation – to clear the forestland.

Giving away forestlands was left almost entirely to the discretion of the forest bureaucracy and the political class, with no say for communities that have lived in and managed the forests for centuries. Until 2006, that is, when the Forest Rights Act gave the forest dwellers veto power over the use of their lands.

It mandates that the traditional rights of forest dwellers be legally recognised before any attempt is made to divert or chop away any forest tract. It also requires that their free and informed consent be taken before their forests are given away for public or private development.

To ensure these provisions of the Forest Rights Act are adhered to, the forest ministry mandated, through a circular in 2009, that the ministry check whether there are any tribal claimants to the forestland, verify their claims and grant them ownership of the forestland well before the in-principle clearance is granted. Only after the claims are settled will the consent of the forest dwellers be sought, through the gram sabha, to take over their land.

The magistrate of the district where the project is proposed would send evidence of consent such as gram sabha resolutions and settlement of rights to the ministry. If these documents aren’t in order, the ministry will hold back clearance to ensure compliance with the Forest Rights Act.

In 2013, this compliance mechanism got the Supreme Court’s stamp of approval. The court upheld the ministry’s circular as well as the power of the gram sabha to safeguard the rights of traditional forest dwellers. The Orissa Mining Corporation Ltd judgement, popularly known as the Vedanta judgement, crystallised the procedures into law.

This is what the Forest Conservation Rules 2022 have done away with.

In other words, only the state government will now be responsible to ensure that the rights of the forest dwellers are secured, that too after the union government has given its final approval.

This rule goes against the tribal affairs ministry’s advice in December 2015: “It is essential that the Gram Sabha’s decision under the FRA, as well as its certificate that the forest rights recognition process is complete, be taken into account prior to Stage II clearances which will inform and enrich the decision-making process of the MoEFCC.”

Spelling out the reason, the ministry stated, “It is also important that the completion of recognition of rights be done prior to Stage II clearance, to preclude the possible destruction/alteration of existing evidence in support of claims under FRA.”

It went on to argue that approaching the gram sabha after the final approval was granted rendered the gram sabha’s role irrelevant, the forest clearance a fait accompli, and the powers and duties of the rights holders under the Forest Rights Act redundant.

The tribal affairs ministry's 2015 office memorandum to the forest ministry.

The new rules come after over a decade of internecine wrangling, with the tribal affairs ministry pitted against the forest ministry, various infrastructure ministries, the Prime Minister’s Office, and industry.

The rumblings in the corridors of power began soon after then forest minister Jairam Ramesh ensured compliance with the FRA during the clearance process in 2009. When the tribal affairs ministry sought to enforce the Forest Rights Act, it faced a challenge from the forest bureaucracy, which until then enjoyed the sole discretion to grant clearance for forestlands.

At first, in 2012, the forest ministry’s mandarins tried to move the process of compliance with the Forest Rights Act to the second clearance stage instead of the in-principle stage – prompting then tribal affairs minister V Kishore Chandra Deo to shoot off an angry letter to then environment and forests minister Jayanthi Natarajan.

The forest ministry didn’t pursue the change in law after Deo’s letter, but it became the practice. Months later, the environment and forests ministry issued a circular laying down that “linear” projects like roads, pipelines and railway lines didn’t require gram sabha consent and were exempted from the ambit of the Forest Rights Act, unless the rights of tribal groups that were being affected, had already been recognised.

But the Supreme Court’s 2013 decision in Orissa Mining Corporation Ltd strengthened the tribal affairs ministry’s hand. In 2014, the ministry reiterated that the law did not provide for such an exception.

In May 2014, the Narenda Modi government took over, and attempts to dilute the Forest Rights Act began anew. The new government brought back the relaxed norms for linear projects by changing rules through an office letter issued on October 28, 2014.

The tribal affairs ministry objected to this letter, and asked for it to be withdrawn.

“The letter of 28th October 2014 takes a short-cut which can derail the projects completely,” the tribal affairs ministry complained in a strongly worded letter to the forest ministry. “The FRA is the law of the land. The above letter violates the law. A project which takes a short-cut can be stopped by just one village which has land classified as ‘forest’.”

An office memorandum followed soon after, with the tribal affairs ministry clarifying that the FRA contains no provision for such an exemption for linear projects.

In 2015, the forest ministry prepared new rules to do away with the need to obtain consent from forest dwellers to divert forests. It did so with the approval of the Prime Minister’s Office.

Again, the tribal affairs ministry fought back and the move was stalled.

Now the union government has passed the new rules, finally doing away with its responsibility to ensure adherence to the Forest Rights Act. 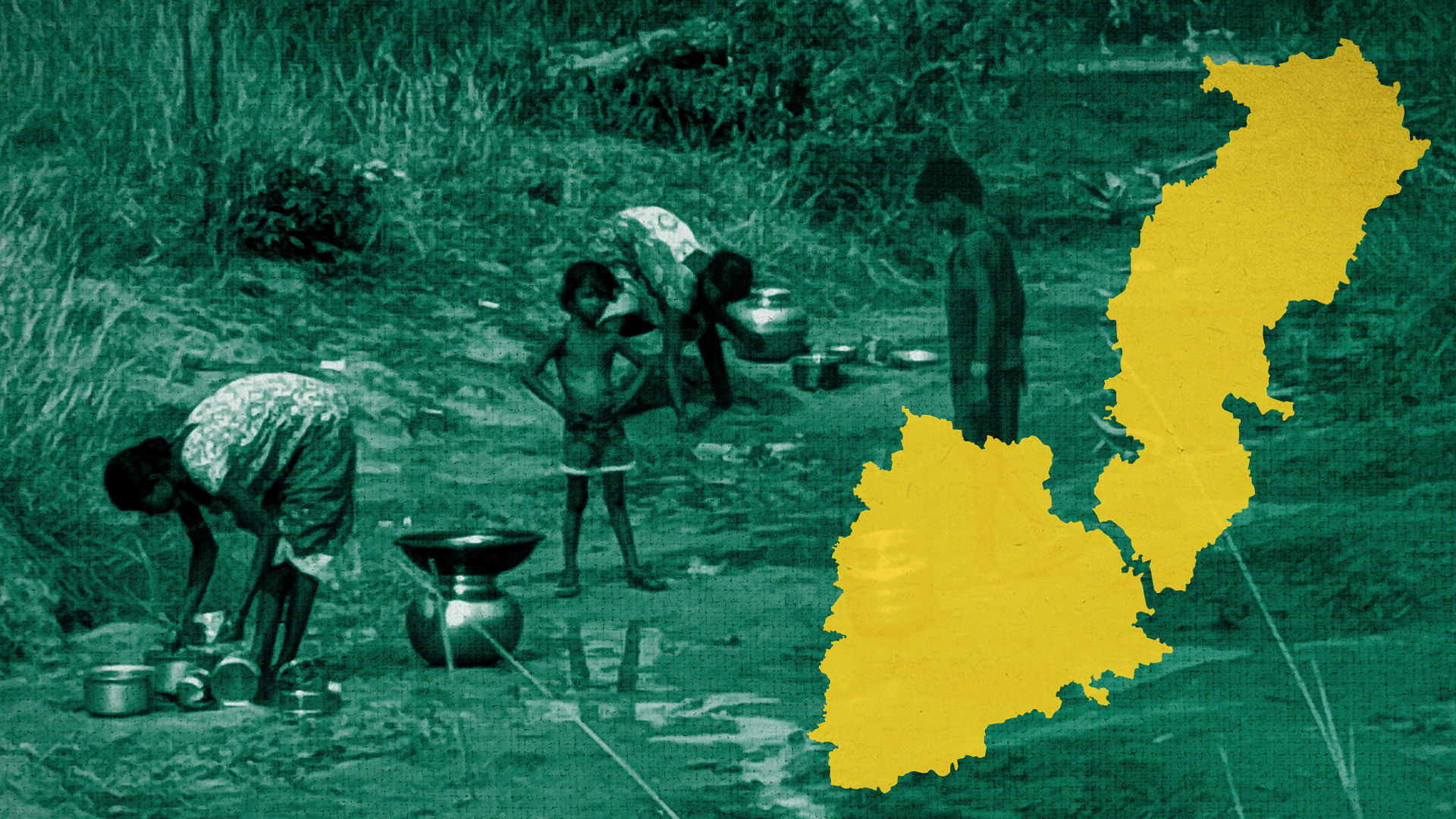 Strangers in a strange land: Chhattisgarh’s displaced Adivasis in Telangana have nowhere to go 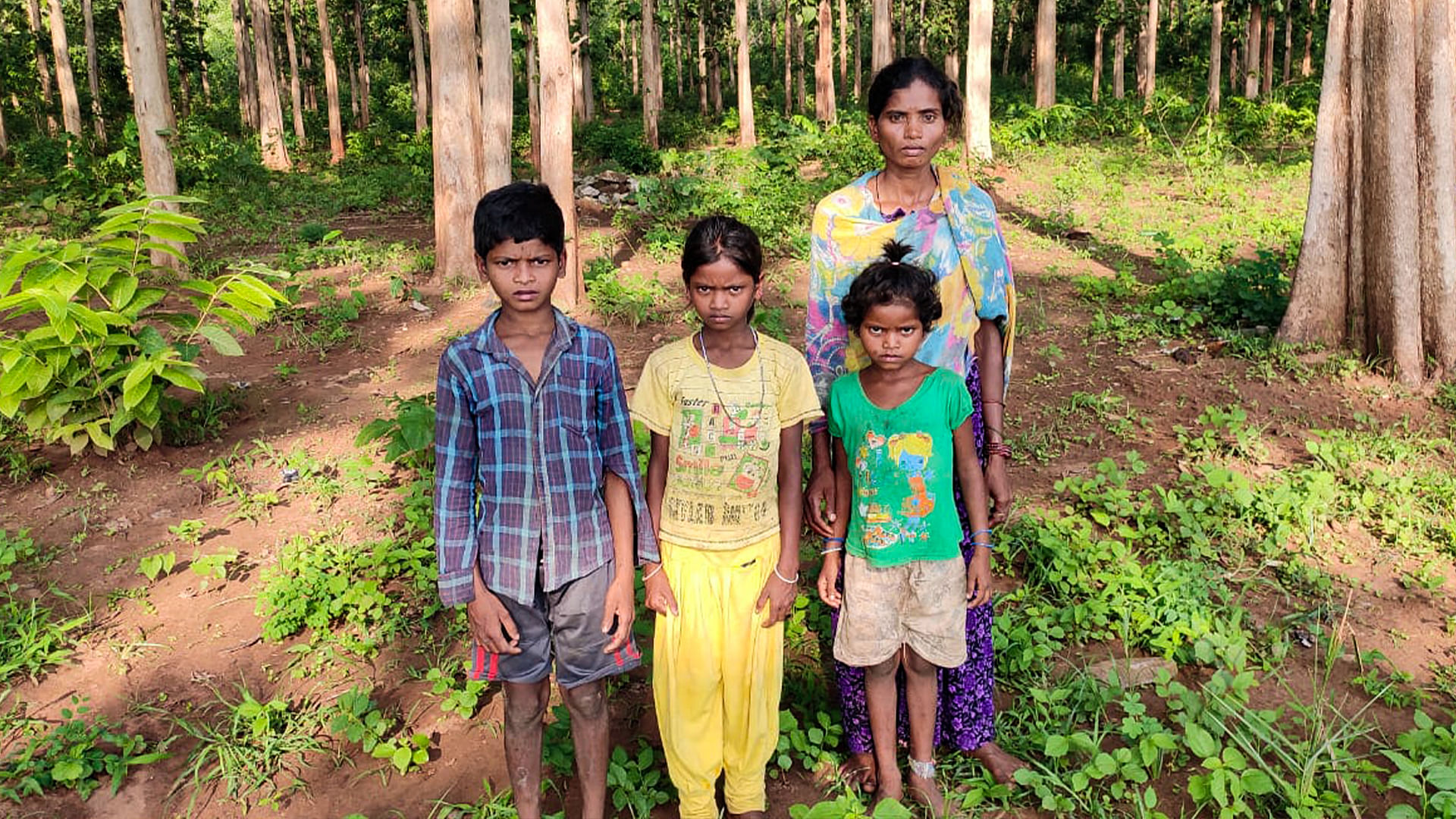