Trouble in the TMC: How did Telegraph report on the Partha Chatterjee controversy?

We scanned its pages from Thursday, when the ED seized cash at the home of Chatterjee's aide, to Monday.

Chatterjee was arrested on July 23. On July 27, the ED said it had seized cash, gold and jewellery from the home of Chatterjee's aide Arpita Mukherjee. On Thursday, July 28, the TMC removed Chatterjee from his posts and suspended him from the party.

As events unfolded from Thursday, how did the state's leading English newspaper, the Telegraph, cover what went down? Telegraph is known for its acerbic headlines when it comes to the BJP, but did it apply the same rules to the TMC?

We took a quick look at Telegraph's print edition in Kolkata from July 28 onward.

The front page on Thursday led with the Supreme Court's comments on the powers of the ED, and Mohammed Zubair's release from custody. The cash seizure from Mukherjee's home was only a snippet on page 1. Two stories on page 9 had more details; Chatterjee was mentioned in passing as a "close associate" of Mukherjee.

The report said this is not " the first time corruption charges have been levelled" against TMC leaders and quoted party sources as saying the scam had a dealt a "first-of-its-kind blow to the image of the party".

The coverage continued in the inside pages. Page 3 had the BJP and CPIM's criticism of Chatterjee and the TMC, Banerjee taking over Chatterjee's portfolios, and how "two sacks filled with unidentified items" had been "taken by 'thieves'" from a farmhouse tied to Chatterjee.

Page 4 continued with the page 1 report, noting that Bengal has "never seen such a cash haul".

Page 6 had a report where Telegraph tried to calculate what Arpita Mukherjee "could have done with the cash seized". For example, she could have bought 19 Mercedes-Maybach S-Classes, Telegraph explained, or "built 33 shelter homes for 1,650 rescued trafficked girls". Or taken 2,490 round trips to Switzerland and France.

On Saturday, July 30, Chatterjee made a brief appearance on page 1, with his defence that he's a victim of a "conspiracy". The story continued on page 4, quoting TMC spokesperson Kunal Ghosh as saying, "The party and the government have already announced their decision on Partha Chatterjee. If someone is a victim of a conspiracy, he should have spoken about it on the very first day."

Page 5 reported on TMC leader Abhishek Banerjee meeting a delegation of School Service Commission job aspirants, where he "purportedly assured them of doing everything possible to ensure that eligible people were employed as teachers".

Page 8, meanwhile, reported on Mukherjee weeping outside a hospital where she was taken for a check-up. "ED officials tried to calm her down but crying, she fell off the seat. The CRPF officers came to help her."

Sunday's paper had a story on page 5 on the ED investigating property purportedly jointly owned by Chatterjee and Mukherjee in 2012, which is now registered only in Mukherjee's name.

Another report on the same page covered the blowback to Abhishek Banerjee's "outreach" to job aspirants. The TMC accused the opposition of "politicising a genuine attempt to finding a solution" while a protester said, "We have had enough assurances. We want to see assurances being executed."

A report on page 9 said the ED was probing "at least four companies" with purported links to Mukherjee. The ED had decided to "summon some of the directors to find out if these served as 'shell' companies to park 'proceeds of crime'."

Finally, the Telegraph on Monday, August 1. The top story on page 1 was how "multiple citizens' and political groups" have asked president Droupadi Murmu to "nudge the centre into rescinding new rules that they say take away the right of tribal and traditional forest dwellers to decide the fate of their land in the forests".

But Chatterjee made page 1 yet again in a snippet, where he said the money found at Mukherjee's locations did not belong to him.

The report continued on page 3: "Trinamul responded with disdain to Chatterjee's latest remarks...The frosty relationship between Chatterjee and Abhishek had been one of Trinamul's worst-kept secrets."

There was also a page 3 report on the TMC urging its workers "to avoid any kind of arguments" with workers from opposition parties on Chatterjee's arrest and to instead "highlight the action Mamata Banerjee and Trinamul took against him".

In conclusion, fairly comprehensive coverage of the ongoing crisis. Though, of course, its usual snarky headlines were missing in action. No "Baba black sheep" for TMC? 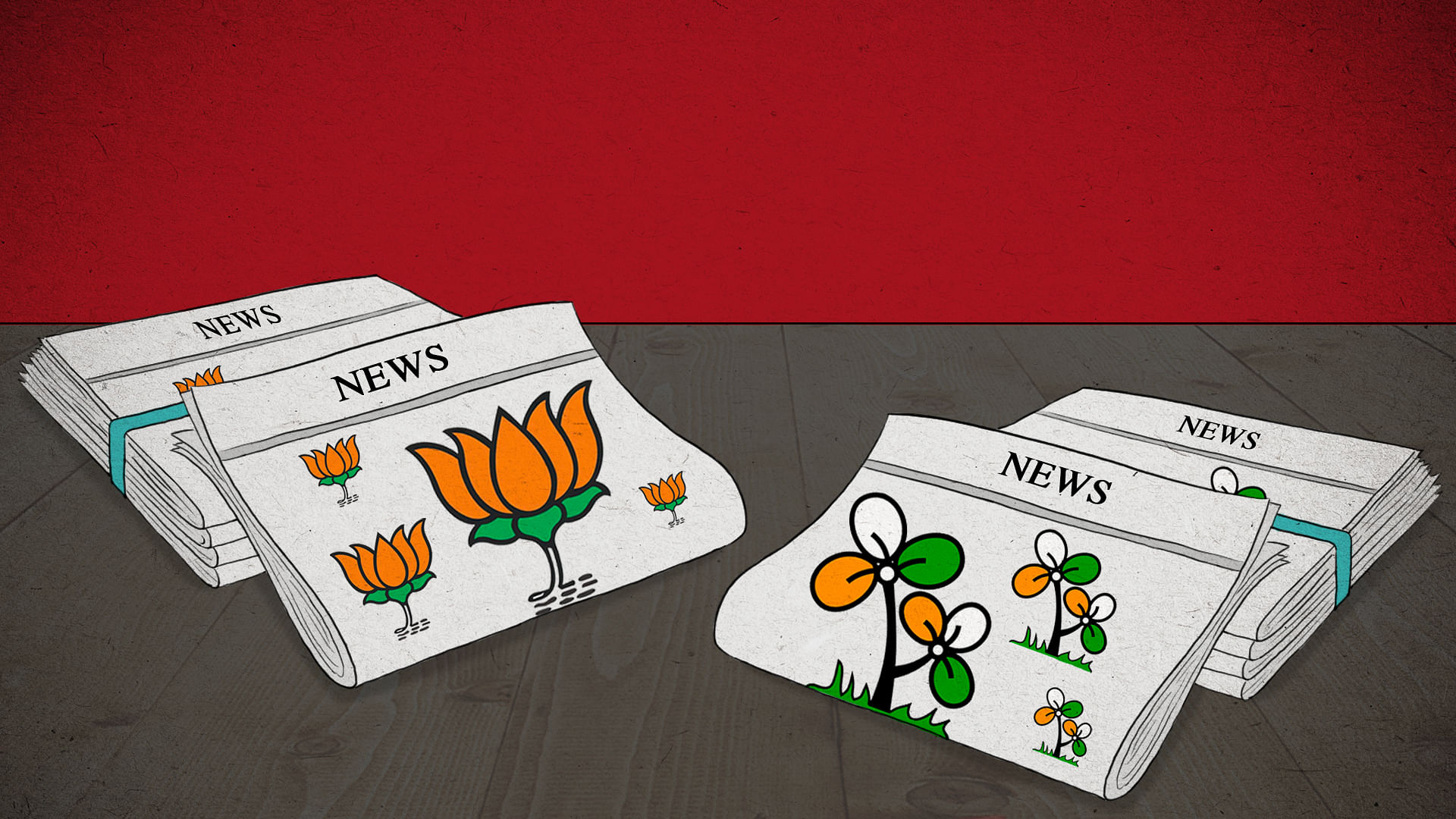 Playing favourites or finding balance: How does Bengali media report on political parties?