His government claims they are not obligated to keep the promises of a job and a house for the family.

A chief minister’s promise does not need to be kept, and a “brother” is not necessarily a family member.

These are some of the arguments presented by the Uttar Pradesh government on why it still hasn’t allotted a house or government job to the family members of the Hathras rape victim.

Asha, a 19-year-old Dalit woman, was gangraped on September 14, 2020. Four Thakur men were arrested in connection with the rape. She succumbed to her injuries two weeks later, and her body was forcibly cremated by the UP police.

Hours later, as her father struggled to hold himself together, he was whisked away to a police station where chief minister Adityanath, via video call, promised him a house, a government job for a family member, and compensation of Rs 25 lakh. These promises were reiterated in a letter issued that day and signed by the district magistrate of Hathras.

The money was duly deposited in instalments by December 2020. There was no sign of the house or the job.

Asha’s family comprises her parents, two brothers, a sister, grandmother and three nieces. They are one of only two Valmiki families – the other two families moved out – in a village populated by upper-caste Thakurs.

“We do not feel safe here,” Asha’s brother told Newslaundry on multiple occasions. “The Thakurs are very angry with us.”

The family lives under the protection of 40 CRPF personnel; they can only travel in CRPF vehicles and each family member is guarded by two CRPF personnel whenever they leave their home.

Apart from anger from the village’s Thakurs, the family has received threats from the Karni Sena and even a journalist.

In the two years since Asha’s death, the family has filed four affidavits at the Allahabad High Court asking for a house and a job. Living with threats and constant CRPF surveillance, unable to attend work or school, the family of nine has pinned its hopes on Adityanath’s promises.

Newslaundry accessed copies of the affidavits and the July 27 court order, which runs to over 100 pages. The UP government has oscillated between saying it doesn’t have to give the family a house, and saying it will give a house but not outside Hathras.

While the high court has finally ordered the state government to relocate the family and provide a government job, here’s a run-down of the UP government’s arguments.

‘Not mandatory’ to keep CM’s promise

Senior advocate SV Raju has been representing the state government in court. He claimed that the promises are not enforceable by law.

Annexure 1 of the Scheduled Castes and the Scheduled Tribes (Prevention of Atrocities) Rules, 1995 has this to say on additional relief to be paid to victims of murder, massacre rape and gangrape: “In addition to relief amounts paid under above items, relief may be arranged within three months of date of atrocity...”

Raju said the word “may” shows that it’s “not mandatory” for the government to provide the house or job.

However, the court-appointed amicus curiae, JN Mathur, pointed out that “victim”, as defined by the SC/ST Act of 1989, pertains to anyone who has experienced “physical, mental, psychological, emotional or monetary harm or harm to property” – and this would include “relatives, legal guardian and legal heir”.

Given that Asha’s mother, father, brother and sister-in-law are prime witnesses in the case, they would also be “victims”, as per the law.

Chapter IV-A of the act clearly says it’s the state’s responsibility to protect “victims, their dependents and witnesses against any kind of intimidation, coercion or inducement or violence or threats of violence”. The act also states that the court shall provide a victim, witness or dependent with “relocation” and “complete protection”.

Hence, Mathur argued, the verbal and written assurances by the chief minister and district magistrate would fall within the purview of the act.

Family not ‘financially dependent’ on Asha

SV Raju told the court that Asha’s family was not financially dependent on her and so they did not need to be given a government job. This argument was brought up repeatedly over the last six months.

He also said Asha’s father and brothers “voluntarily stopped” working; they did not lose their jobs.

The family pointed out that they do not feel safe. And, as their lawyer Seema Kushwaha said, “which company will hire someone who comes with full-time CRPF protection?”

Does a brother constitute ‘family’?

The UP government has quibbled over the definition of “family”, asking whether the term should be defined so widely so as to include a victim’s siblings.

Raju added another question: “What if the married brother does not look after the family after being provided with employment?”

In response, the court said “family” has not been defined under the SC/ST Act and, therefore, “we have to give it meaning as is commonly understood”. After consulting case laws and Black's Law Dictionary, the court opined that Asha’s two brothers are to be considered her “family”.

No house outside Hathras

Earlier this year, the state government had offered to relocate the family within Hathras, to a house constructed by the district urban development agency.

Advocate Seema Kushwaha told the court that, considering the threats and social ostracism faced by the family, “living in Hathras is not an option”. The family has asked to be relocated to Noida, where they have relatives and can live in a safe environment.

The UP government has refused to provide them a house outside Hathras. Raju added that the family’s current home “was a large one”.

28-year wait for a ‘contingency plan’

The SC/ST Rules, 1995 clearly spell out that the state has to come up with a contingency plan to allot agricultural land, houses, rehabilitation packages, government employment for a victim or dependent or family member, and a scheme to strengthen the victim’s socioeconomic condition.

The court replied, “What this means is that in spite of the fact that 28 years have lapsed since formulation of the rules in 1995, till date the state government has not prepared the contingency plan. Successive governments have been sleeping over such an important matter much touches upon the rights of the SC/ST.”

The court added, “There has to be some soul searching on part of those involved in governance since 1995 as to what they had been doing for all these years.”

‘Urgency of family’s safety not being considered’

The UP government’s defence, as elaborated in court by Raju, is that Asha’s family has already received compensation of Rs 25 lakh which is apparently “much more than what was envisaged”. Hence, the “state government has been more than fair to the victim’s family”.

Contradictorily, Raju also said relief will be given after the trial is completed and atrocities have been proved. This trial, on the gangrape and murder of Asha, has been going on at a special fast track court in Hathras district for close to two years now.

Another line of argument was that the rehabilitation isn’t under the high court’s jurisdiction and the matter should be heard at the Hathras special court. The high court rejected this, reminding Raju that the Lucknow bench had taken up the matter as a suo motu case. It finally ordered the state government to consider relocating the family to any other place in UP within the next six months.

“It is not too much for the family to ask for relocation outside Hathras in the circumstances in which they find themselves wherein their movements are highly restricted,” the order said.

With respect to the job, the court directed the state government to consider employment of one family member within the next three months.

Raju said they “will comply with the court order unless the state decides to challenge it in the Supreme Court.”

He told Newslaundry, “So far, I have not received any instructions to challenge it.”

Meanwhile, Seema Kushwaha said the court order is strong but gives too much time to the state government. “Firstly, the SC/ST Act says the state must compensate the victim within three months of the atrocity,” she said. “It’s been two years now. By this time, the lower court must give a verdict. The urgency of the family’s safety is not being considered strongly.” 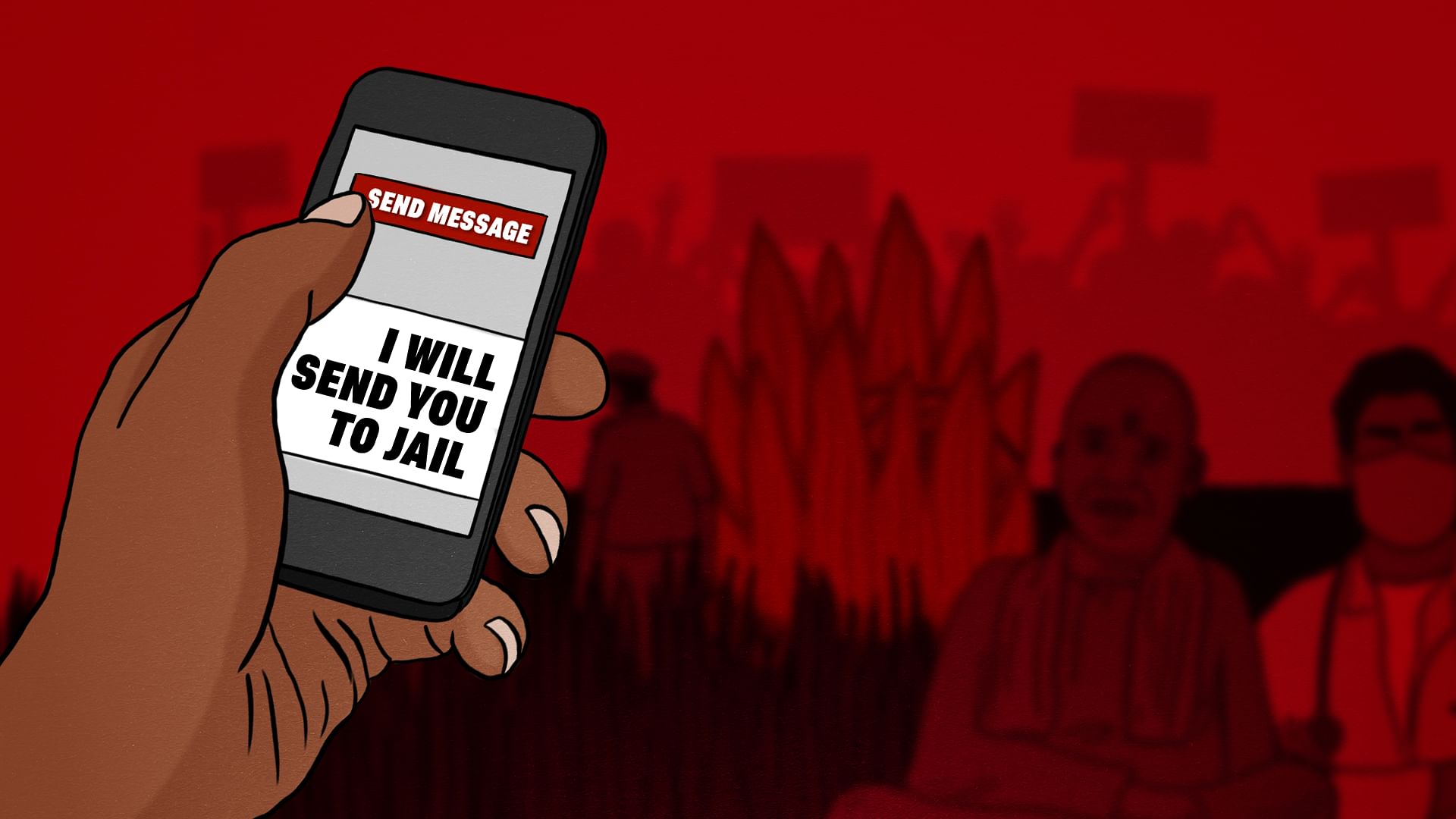 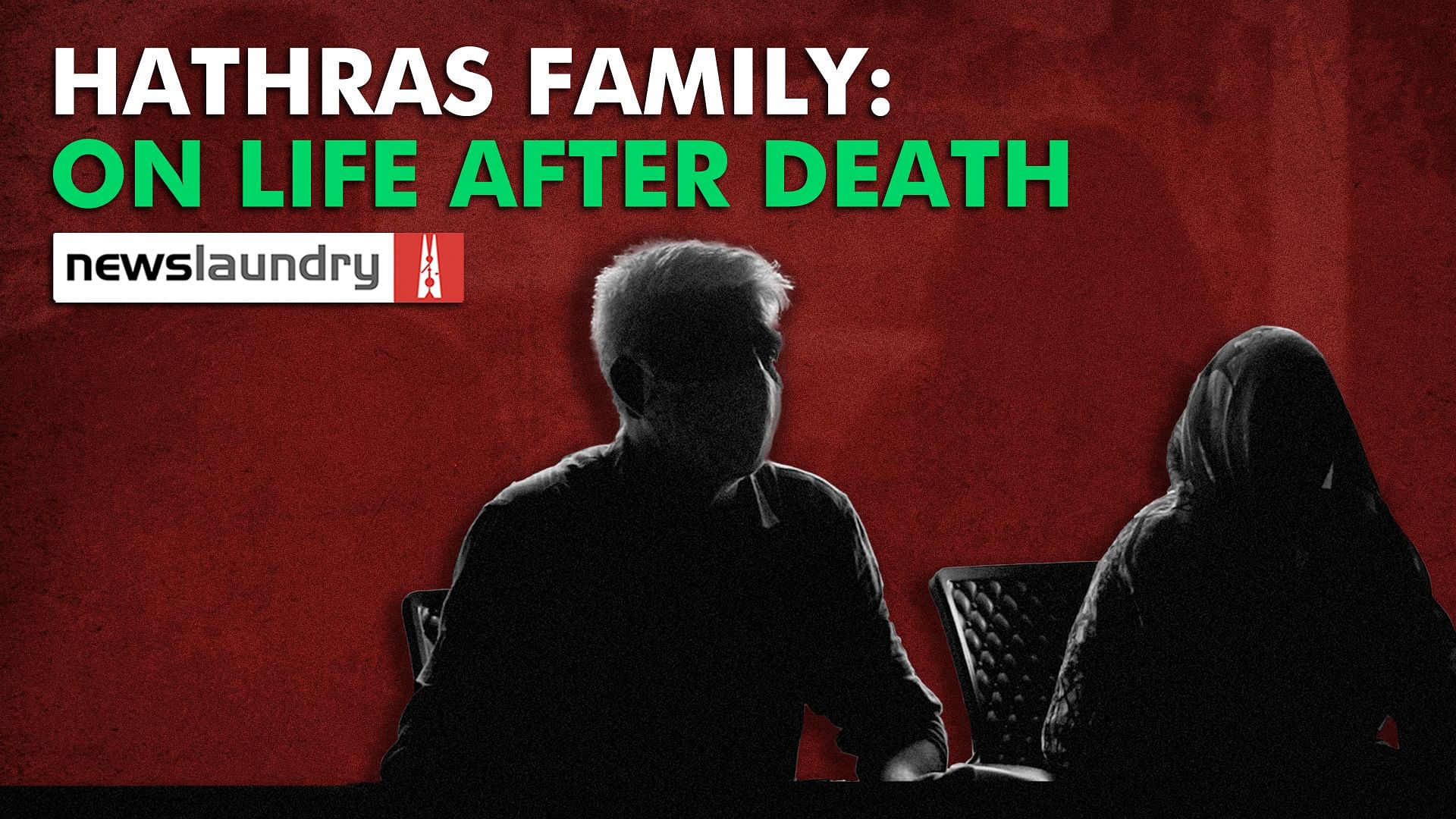