Lakhimpur Kheri: When religious identity of suspects is more important than the crime

A section of TV media is doing what it does best: add fuel to fire.

The death of two Dalit girls, aged 14 and 17, in Uttar Pradesh’s Lakhimpur Kheri on September 14 is ghastly enough to invite widespread condemnation. The two girls, who were sisters, were allegedly raped and murdered, and then hanged from a tree. But what is also revolting is the way this crime has been converted into a political football being kicked between the BJP, which governs UP, and those opposed to it.

Much of the mainstream television news, in a style that has now become the norm, has added fuel to this fire by focusing, not just on the crime, but on the religious identity of most of the accused.

On September 14, when the first reports appeared of the girls found hanging from a tree near a village in Lakhimpur Kheri, there was little interest. Crimes against Dalits, including women, are such a regular occurrence that we are virtually inured to them. They appear as little snippets in the print media and are rarely considered noteworthy for primetime news.

In fact, these early stories reported the local police saying there were no other marks on the bodies of these two girls except the strangulation marks on their necks, and that their clothes were intact.

While the mother of the girls told the media that her daughters were taken away forcibly by three men on motorbikes, and that she could not stop them despite running after them, the police stated the girls had gone with these men willingly.

Mainstream TV media’s interest in the story piqued as soon as the police announced the names of the six men arrested in this case – Chotu, Junaid, Suhail, Hafizul Rehman, Karimuddin and Arif. Most of the men are Muslim. And predictably, the story played out as “love jihad” on some mainstream Hindi news channels. The aim of such shows is not to focus on crimes against women, but to use such ghastly events to pillory minorities and somehow turn them into a Hindu-Muslim issue even when the police has not spoken of any communal angle to the crime yet.

The coronavirus crisis has shown how precarious the media model that runs on ads is. And how essential it is for the media to be powered by paying readers and viewers to be free and independent.

As for the shouting matches that pass for a discussion on television, we saw much whataboutery as BJP representatives said “what about Rajasthan” in response to the Congress and Samajwadi Party spokespersons talking about the lawlessness that prevails in UP. The main issues – the crime, why it happened, the views of the family, the status of Dalits in the village, the police’s response, and why crimes against women in India are escalating – were barely touched upon. If someone raised the wider context, they were drowned out by the usual screaming match between opposing sides and the anchor lamely wrapping up with “I’ve completely run out of time”.

I’ve said this before and I will say it again: Why, even in the slightly better TV channels, has this ridiculous format continued? It does no justice to any subject under discussion, leave alone one like this that has so many aspects that ought to be considered. It leaves the viewer frustrated and uninformed. And it completely detracts from these serious social issues that reflect the state of our society, by allowing uninformed and insensitive political representatives to use the platform to hold forth and attack each other, regardless of the subject under discussion.

Have we forgotten that only a couple of weeks ago, the latest data from the National Crime Records Bureau revealed that crimes against women in India have increased by 15.3 percent in the last year? The BBC India bureau did some number-crunching of the data from the last six years and came up with a set of charts that reveal a 26.35 percent rise in crimes against women in this period. UP topped the list.

As for Dalit women, the recorded data (and we should remember many crimes are not reported at all, or the police refuse to take cognisance of them) reveals a 45 percent increase in rapes of Dalit women between 2015 and 2020. This is the context the media needs to address even as it looks at specific crimes like the one in Lakhimpur Kheri.

In fact, this latest incident triggered memories of 2014 when two minor Dalit girls from Katra Sadatganj in UP’s Badaun district were found hanging from a mango tree. They had gone out in the evening to “relieve” themselves – a most inappropriate term that conceals the shocking lack of sanitation in most of rural India that compels women to defecate in the open after dark.

The two girls never returned. When their families went to the police to report that they were missing, they were ignored. Only when the bodies were found was some action taken and three men were eventually arrested. The trial drags on and the men are out on bail.

More recently, we have the horror story of the rape and murder of a Dalit woman in Hathras, UP, two years ago. Few will forget the images of the grieving family and the forcible cremation of her body in the night by the UP police. Yet here too, there has been no real closure as the family lives in fear in a village dominated by higher castes. Although the government has paid them compensation, it is dragging its feet on the other promises made, such as a house and government job.

The Indian media’s coverage of crimes against women has revealed a predictable pattern. If a rape occurs in a metro, of a woman or women who represent the consumers of the media, it is investigated and pursued in detail. Think of the Delhi gangrape of 2012, the Shakti Mills rape in Mumbai in 2013, and the Park Street rape in Kolkata in 2012.

Compare that coverage with how the media reported, for instance, the brutal rape and murder of two Dalit women, Priyanka and her mother Surekha, in Maharashtra’s Khairlanji in 2006. It was barely reported. The media only woke up to it much later when Dalit groups investigated the case, agitated, and went to court. Without that intervention, and the fact-finding report by Dalit intellectual Anand Teltumbde, who is in jail charged in the Bhima Koregaon case, we would not have known about this atrocity.

An additional factor today that determines how the media picks and chooses what atrocity it will pursue is the communal angle that has infected not just the media but society at large. A crime like rape is abhorrent, irrespective of the identity of the perpetrator. It is even worse when the victims are minors. And when they belonged to a marginalised group, that is an additional factor.

Yet, for some in the mainstream media, these are not the aspects that count in deciding which crime is worth reporting in depth. It is the identity of the alleged criminals. By doing this, the media, especially the most-watched TV channels, is responsible for actively perpetrating the stereotype that has already been constructed through fraudulent concepts like “love jihad” to target young Muslim men. And of spreading a poison that has infected our society to such an extent that we fail to recognise why outrage for unconscionable crimes, like rape, is so selective. 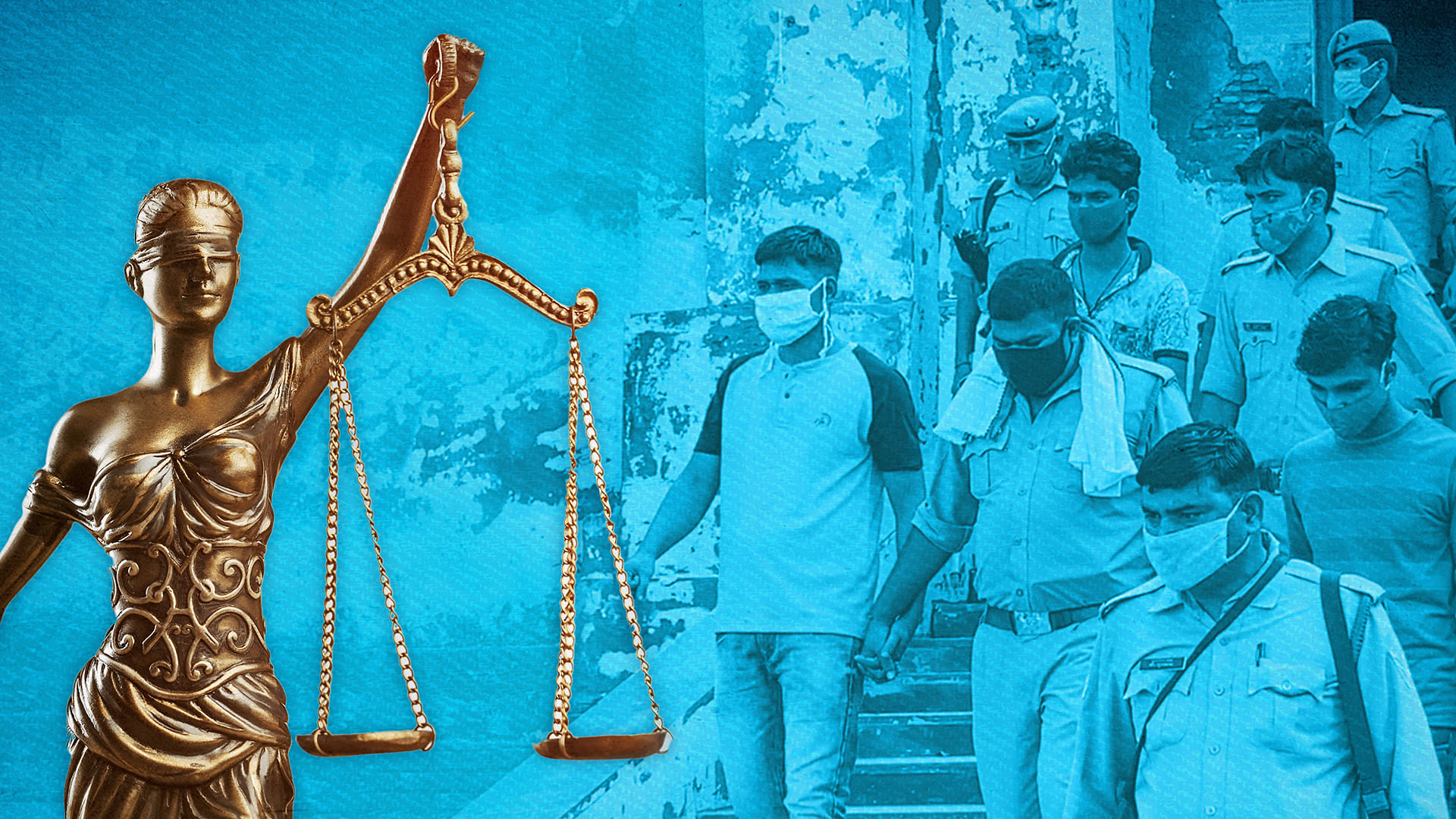 Is the UP government trying to ‘reinterpret’ the SC/ST Act in Hathras trial? 'Every conversation begins with which caste you belong to': Being Dalit in Rajasthan’s Pali