Republic TV vs Times Now: Who is right about ED’s TRP scam chargesheet?

The two TV news channels are duelling over who has got the clean chit, letting India Today and News Nation fly under the radar.

Republic TV spent much of Thursday’s airtime on one “big story”: the Enforcement Directorate’s chargesheet in the TRP scam. The TV news channel stressed the point, repeatedly, that the central agency had issued a clean chit to Republic TV and found its rival Times Now guilty instead.

It wasn’t long before Times Now was claiming that, actually, they had received a clean chit. From BARC in 2017. Times Now told its viewers that “it must be remembered” the Mumbai police were still investigating Republic TV and, that being the case, questioned why the ED was investigating the matter at all.

In the catfight between Times Now and Republic TV, India Today and News Nation, both named in the ED chargesheet, flew under the radar.

So, who is named and who isn’t?

Let’s see what the ED’s chargesheet, running into 138 pages and filed in a Mumbai court on September 26, actually says.

But first, what’s the TRP scam and why is the Enforcement Directorate, tasked with looking into allegations of money laundering and violations of foreign exchange laws, investigating it?

The TRP scam was unearthed by the Mumbai police in October 2020 and they named Republic TV, its sister Hindi news channel Republic Bharat, and a couple of Marathi channels as the main culprits.

In the main, the police alleged that people working for Hansa Research Group conspired with some households in Mumbai enrolled for measuring TV ratings to boost the viewerships of select channels. Hansa is a company that was contracted by BARC to install and manage bar-o-meters, which are used for measuring TRPs. BARC is an industry body owned by top broadcasters and advertisers that’s tasked with measuring ratings of TV channels.

According to the police, Hansa’s relationship managers paid some households with bar-o-meters Rs 200-400 a month to watch Fakt Marathi TV, Box Cinema, Maha Movie , WOW TV, and Republic TV or Republic Bharat. They arrested 13 people and charged them with cheating, criminal conspiracy, and destruction of evidence.

In November 2020, the ED filed a money laundering complaint after studying the Mumbai police’s FIR. The central agency has now named 16 people in its chargesheet, most of them associated with Hansa, Fakt Marathi, Box Cinema and Maha Movie. None are directly linked to Republic TV, Times Now, India Today, or News Nation.

For its money laundering investigation, the ED collected data from BARC on households empanelled for TRP measurement in Mumbai and concluded that a limited number of them contributed to much of the manipulation in viewership numbers. Significantly, ED noted that such manipulation of households viewership wasn’t restricted to Mumbai. Since 2016, BARC and its associates had filed numerous complaints and FIRs over the manipulation of TRPs in Karnataka, Kerala, Madhya Pradesh, and Assam.

In Mumbai, the ED found, only a few of Hansa’s 25 relationship managers were “tainted”. They bribed certain households to rig ratings for Maha Movie, Fakt Marathi TV and Box Cinema.

The ED investigated whether Republic had bribed or influenced households to watch the channel, the chargesheet says, and its findings were in variance with those of the Mumbai police. One reason was that raw data from the households who the police alleged were boosting the ratings of Republic TV and Republic Bharat were actually watching other channels. Moreover, the data, “maintained independently by BARC”, corroborated the claim made by the households that they hadn’t taken money to watch Republic. The accused Hansa relationship managers too denied bribing any of these households to watch Republic TV or Republic Bharat. The agency did not find a financial trail linking Republic to the bribery.

Casting doubt on the police’s investigation, the chargesheet claims that the allegations made in a forensic audit that the police relied on were “superficial and based on the analysis of limited aspects”.

The aspects “not taken into account while preparing the report”, the chargesheet says, include a video recording of “allurement to three households” and a showcause notice issued to Times Now by BARC in 2017.

In the case of Times Now, the chargesheet indicates, the ED gave weight to a statement by Dharamveer Mahecha, head of vigilance and investigations at BARC. Mahecha said a field investigation by BARC against Times Now in July 2017 had found that the channel approached certain households to boost its viewership numbers. A subsequent investigation, in November 2017, confirmed an unusual spike in the channel’s viewership.

“There are video recordings of certain households indulging in malpractices with respect to Times Now”, the chargesheet says, adding that the ED asked BARC for these videos but did not get them.

Pointing to the 2017 showcause notice sent to the channel by BARC, it adds and “this indicates certain irregularities vis a vis Times Now, which needs to be properly investigated”.

Further, an analysis of raw data showed “abnormal increase” in the average watching time of Times Now, the chargesheet says. The channel’s viewership is very limited and so a few “compromised households” can increase its TRPs manifold, it adds.

The Mumbai police had alleged that Republic chief Arnab Goswami conspired with Parth Dasgupta, then CEO of BARC, to increase his channel’s TRPs by decreasing those of Times Now. The conspiracy, Times Now has claimed, cost it around Rs 431 crore in revenue.

Asked about the allegations made in the ED’s chargesheet against their channel, Times Now executives pointed Newslaundry to a statement in which they “empathetically state that the spike in ratings alleged was not abnormal” and contend that the “purported abnormalities can be explained by the use of landing pages in such markets”.

“Considering that landing pages are the major marketing boost, they cannot really be referred to as abnormal in real sense,” the statement says.

As for the videos purportedly showing some households allegedly helping rig the channel’s TRPs, Times Now clarified that it did not have knowledge of or involvement in any “unscrupulous activity” and blamed a “malicious entity who is trying to spoil our reputation”.

In the course of its investigation, the chargesheet states, the ED found evidence that Hansa’s managers had bribed some households to watch News Nation and India Today. It is investigating the leads.

The Mumbai police had named Vishal Bhandari, a relationship manager with Hansa, as a key accused, saying he bribed some households to rig TRPs for India Today. The agency relied on a statement by Nitin Deokar, deputy general manager of Hansa, saying that they had found an unauthorised bar-o-meter in an empanelled house, that of Vishal’s father Ved Bhandari. They questioned Ved about it and found that Vishal had been paid Rs 5,000 “commission” to bribe five empanelled households to watch India Today for two hours daily between November 2019 and May 2020.

India Today and News Nation both declined to comment when reached by Newslaundry.

How TRPs are rigged

The chargesheet claims that the households were paid through intermediaries to “obliterate the trail of money flow and make it difficult to link the channel owners with the bribe money”.

The accused Hansa officials picked people who were not educated and paid them small sums compared to the money the TRP rigging made for the offending channels, the chargesheet claims. The Hansa relationship managers themselves were lowly paid and, thus, the most vulnerable in the chain, the chargesheet notes.

It adds that “advertisement revenue during the period of criminal manipulation of TRP of the channels are nothing but proceeds of crime” under the provisions of the Prevention of Money Laundering Act.

The agency claims that there was a “wider conspiracy between channel owners, agents and relationship managers to influence panel households to watch certain channels for monetary gains”. The real beneficiaries of the TRP rigging were the owners of the accused TV channels.

They could make substantial gains by manipulating viewership in a small number of households, the chargesheet notes, because TRPs are determined by just 1,800 households in Mumbai and 45,000 all over India. It’s a small statistical sample for recreating the viewing pattern of 197 million households.

Newslaundry tried contacting the ED to ask about the specific money laundering allegations the agency is investigating, but without success. 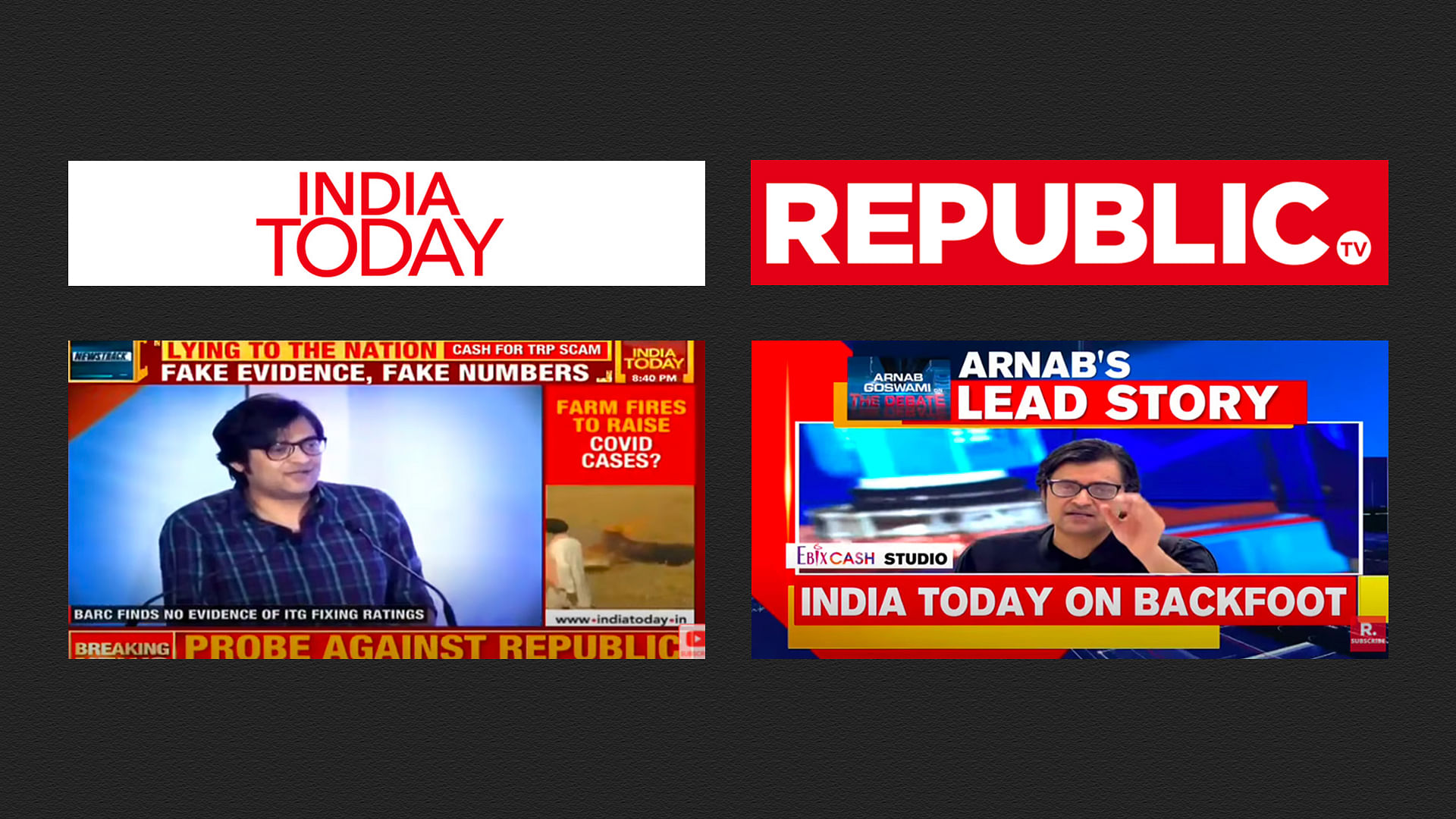