The Congress insists the campaign isn’t intended to ‘repackage’ Gandhi but one of its deliverables appears to be to recast him as a serious mass leader.

After walking and talking with him for a few minutes, a young girl plants a kiss on Rahul Gandhi’s hand. She then disappears into the crowd, many of whom push to pull off what she just had: score a meeting with the Congress leader.

Everyone wants a piece of Rahul Gandhi. Congress leaders, workers and supporters, journalists, his own PR people, and common villagers, many with cellphone cameras drawn, jostle to catch a sight of the leader and score a selfie as he walks 3,500 km from Kanyakumari to Kashmir for the Bharat Jodo Yatra.

It is hard to keep up with Gandhi on the road. And not just because of his zealous security. He walks at pace and doesn’t stop for a break or even slow down, save for brief pauses to meet people.

Gandhi walks 24 km daily, from 6 am to 10 am and then from 4 pm to 7 pm. His routes are lined with people bearing gifts – sugarcane, small plants, photo frames. If Gandhi spots them, he sometimes gives them more than a wave. He walks up to them and gets them inside his circle, and walks along with them.

This, of course, makes for great photo ops. There are scheduled meetings besides about who would get the chance to walk with him; it’s not by coincidence that Gandhi has pictures on the yatra with people from the most vulnerable sections of society. The pictures that Gandhi’s PR team has cleverly marketed show him holding the person by their shoulder or their hand – a personal touch.

Gandhi appears to be a listener, indulging in a fair bit of nodding. He talks to people about their education, their work, their dreams. If they ask, he explains why he is walking, accepts gifts, poses for selfies, and gives autographs.

One of the people that Gandhi walked with in Maharashtra was Niranjan Takle, the journalist who reported on the mysterious death of judge BH Loya, to personal and professional cost. He accepted a copy of Takle’s book, Who Killed Judge Loya, and asked him about the judge’s death and his investigation into it. While walking with Kavita Lankesh, the sister of slain journalist Gauri Lankesh, he asked if she had forgiven Gauri’s killers and told her how he found peace by forgiving his own father’s assassins.

Rahul Gandhi is not a product the Congress is trying to sell people through the Bharat Jodo Yatra. That’s what the party emphasises to whoever asks about the “repackaging” of the leader. The yatra isn’t a strategy to change his image, he is not putting on a pretence, this is not a new avatar of him.

Is it not? While the Congress reiterates that this is a campaign to “unite the country against hatred”, one of the yatra’s deliverables appears to be to recast Gandhi as a serious mass leader.

On the road, Gandhi wears a white shirt every day, almost like a uniform. His beard has grown to twice the length it was when he launched the yatra. Sometimes he looks tired, but he tries to wear a smile when he’s in public.

“This is not the new Rahul Gandhi, this is the real Rahul Gandhi, who is walking 24 km every day, interacting with the people, without being distorted by the trolls, BJP’s targeting, and a media that characterises him in a manner that does not do justice to him,” said Jairam Ramesh, general secretary, communications, of the Congress. “He is not a product to be repackaged. He represents an ideology and he is going to the people with it.”

Indeed, this Rahul Gandhi, new or not, is trying to talk directly to the people about their concerns – inflation, unemployment, GST. He doesn’t look unprepared while speaking at public rallies or press conferences.

Gandhi, through the yatra, is also being projected as a leader who is open to listening and understanding what the people have to say. And not just the voters, but his party’s workers as well. So far, in two months on the road, he has had conversations across the demography -- elderly men and women, activists, disabled professionals, family members of students and journalists who have been jailed or killed, and, of course, his own party’s rank and file.

In the main, the recasting of Gandhi’s image seems intended to offer an answer to a singular question: “If not Modi, who? Would you rather have Rahul Gandhi as your prime minister?”

If the public response to the yatra is any indication of what the answer might be, the grand old party has reason to feel encouraged.

The Congress and Gandhi himself have cited the news media as one of the reasons for launching the yatra. They claim the media doesn't report fairly on the grand old party or represent its views, loves bashing the Congress, and, in contrast, treats Modi “with gloved hands”. It was for this reason that the party set up a new media and communications team, led by veterans Jairam Ramesh, Pawan Khera and Supriya Shrinate, in June this year.

“Firstly, we are being far more aggressive on social media now, more than we have ever been,” said Ramesh. “Secondly, we are being more proactive – the Bharat Jodo Yatra itself is a proactive initiative. We are being upfront, not choking anything, and are more concise in what we are saying. People have limited attention spans. Thirdly, we are being timely in our actions.”

The new media strategy couldn’t have come at a more opportune time as the Bharat Jodo Yatra appears to have energised Congress leaders and grassroots, making them more confident of facing and taking on the media.

“Desh ka neta kaisa ho, Rahul Gandhi jaisa ho,” is one of the slogans that Congress workers shout every day, without fail, as they walk in the yatra - come ra- or await a function to begin.

Indian politics is no stranger to hero worship. There’s always a cry for a messiah, a saviour. Gandhi, who in the past has said he fundamentally disagrees with the BJP’s concentration of power in the hands of one person, has now ironically been cast by his supporters as the one, the only one who could save the nation from hatred and division. His supporters have compared the Bharat Jodo Yatra to the Dandi March and Rahul Gandhi to Mahatma Gandhi -- a comparison that the Congress leader himself doesn't like.

Rahul Gandhi, then, no matter what his party claims, is indeed being repackaged. 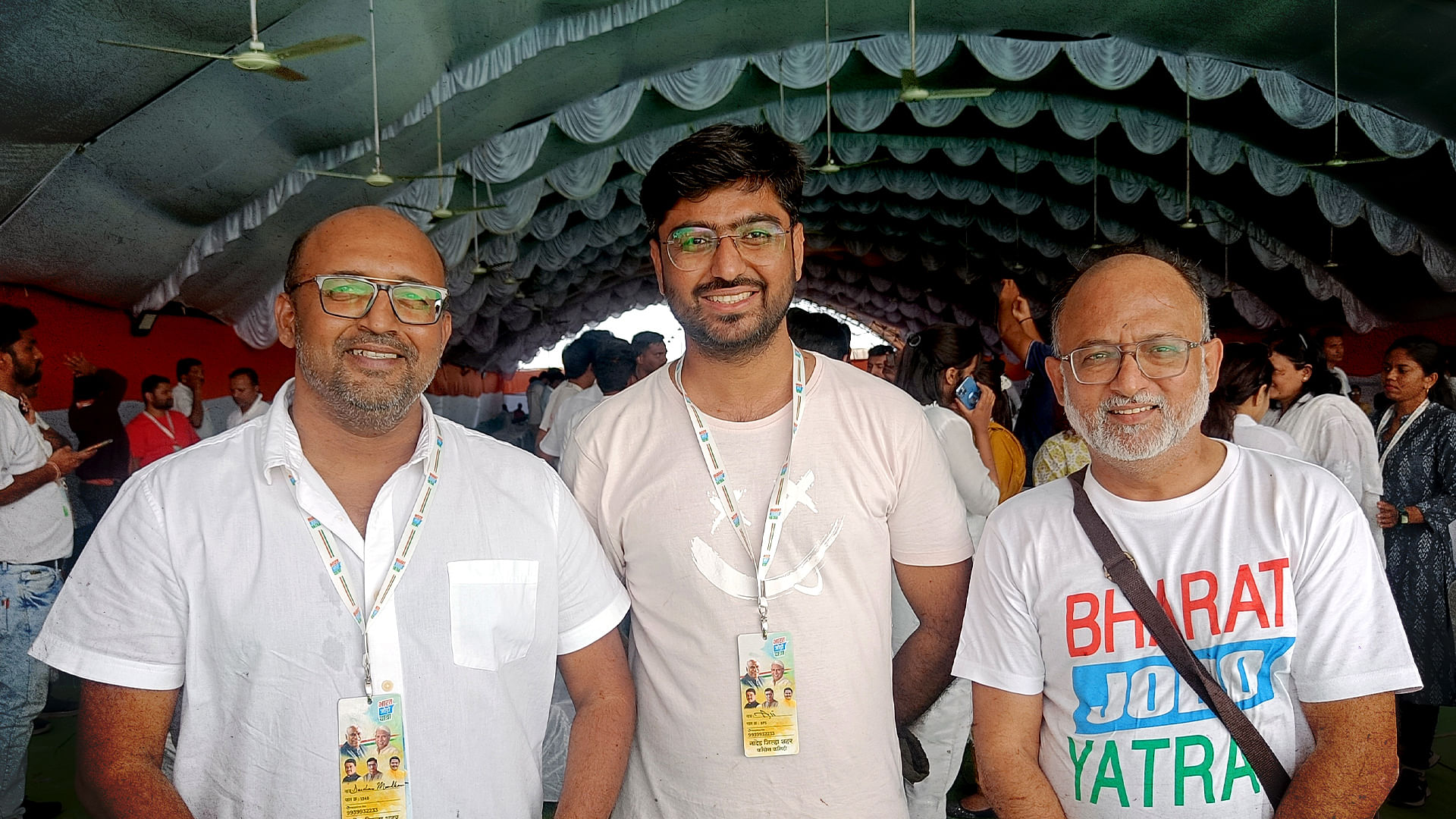