“Exam cancellation allows more time for students who are unprepared,” Karthik Chaudhary justifies the frequent cancellations of competitive exams held by the Gujarat government. But his justification is ridiculed the very next moment by his friends sipping tea with him at a shop behind a clutch of coaching institutes in Sector 6 of Gandhinagar, the capital of Gujarat. Karthik, a government job aspirant, is affiliated with the BJP.

As Gujarat votes in for 182 assembly seats on December 1 and 5, a string of exam paper cancellations — opposition parties put the number between 15 and 22 — has emerged as a major talking point among the state's unemployed youth. In the last five years, examinations for the posts of non-secretariat clerk, head clerk, constable, talathi, or village revenue officer, and forest guard have been cancelled because of leaks or administrative discrepancies – all Group 3 jobs, the lowest but one rung of government jobs. Of the total 4.9 crore voters in Gujarat, 1.03 crore are in the 20-29 age group.

Sector 6 hosts a large number of coaching institutes. They cater to thousands of students from mainly farming families who are looking to land government jobs. The students don't take kindly to frequent exam paper leaks.

Distressed, some of them talk of “change” in the government while others feel helpless as “everybody knows who is going to win the election”.

“Change is required. It is the only constant,” says Vipul Choudhary from Patan district who is preparing for Group 3 job exams. But this constant has eluded Gujarat as the BJP has ruled the state for the last 27 years, barring one year.

The students say they spend at least Rs 1.5-2 lakh annually on tuition, rent and food. “When the constable exam paper was leaked in 2018, one of my friends was left in tears. I had to go back to his village as he could not afford to live any longer in the city. He used to eat only Parle G biscuits as he did not have money for lunch and dinner. Students who prepare for Group 3 job exams mostly belong to lower middle class families. So the stakes are very high for such students,” says Praveena Gadhavi, who lives in Gandhinagar and has attempted all Group 3 exams.

Could this issue have any impact on the election? “Why not? Youth who prepare throughout the year have been taken for a ride. We should make our voices heard through our votes. This government is leaking and the system has gone for a toss,” she says.

The students say some of the exams pending for three to five years were just held in the run-up to the election. “The exams have become five-year plans. The government announces recruitment only when elections are around,” says Paresh Choudhary, a student from Mehsana.

The notification to recruit non-secretariat clerks by the Gujarat Subordinate Service Selection Board, or GSSSB, was issued in 2018. After three cancellations due to leaks and administrative roadblocks, GSSSB succeeded in holding the exam at the fourth attempt in April 2022 and released a merit list for 3,901 posts, promising to give appointment letters to the successful candidates after the election. More than 10 lakh students had registered for the exam.

AAP star campaigner and youth leader Yuvraj Sinh Jadeja, who has led several protests against the exam paper leaks, says the notification for talati was issued in 2018, for which the exam is yet to be held. “Around 32 lakh students applied in 2018. Since the number was huge, the BJP government could not hold the exam. Then Covid came and the government used this pretext to postpone it. Now for the 2022 exam date, around 19 lakh have applied. These numbers show there is a huge number of youth who are unemployed,” he says. He claimed that the state government has increased the minimum education qualification for Group 3 posts from Class 12 to graduation. “By raising the bar for the low-rung posts, the BJP wants to show the state has fewer unemployed youth,” he claims.

According to a survey by the Centre for the Study of Developing Societies, a think tank in Delhi, 41 percent of the youth in Gujarat are dissatisfied with the BJP government for not looking after their interests, more than traders (40 percent), farmers (39 percent) and women (36 percent). Ahead of the 2017 assembly election, the share of dissatisfied youth was almost the same at 40 percent.

At the same time, the Centre for Monitoring Indian Economy’s data for October shows that Gujarat has one of the lowest unemployment rates in India — at 1.7 percent as against the national average of 7.7 percent. Its highest unemployment rate since 2020 was recorded in April of that year at 18.7 percent – at the beginning of the Covid pandemic.

For school teachers, the Gujarat government has held one round of recruitment in the last five years. “Before 2017, the recruitment used to happen every two-three years. This is the situation when there are 19,000 vacant posts for school teachers in the state,” laments Prateek Choudhary of Mehsana who is preparing for clerk and talati exams.

The entry of the Aam Aadmi Party has made the Gujarat election a triangular contest. What do the students make of it? “AAP has promised to smoothly and regularly hold job recruitment exams. It has struck a chord with some students,” says Vishal Choudhary, a student from Patan district.

Haresh Choudhary, a student from Banaskantha district, says he believes in straight talk. “There is anger among youth. Is it enough to influence voting behavior of the youth? Who you vote for is based on multiple factors such as caste of the candidate and his equation with his constituents. The exam paper leak may be a big issue for the youth, but we all know who’s going to win the election. That’s why I am not going home and focusing on the upcoming talati exam,” he says.

AAP has promised Rs 3,000 a month allowance for the unemployed youth. It has also promised to hire one lakh applicants for government jobs in five years.

The Congress has also made similar promises: recruitment for 10 lakh government posts and an investigation into paper leaks. “First, there are hardly any exams for years. Even if they take place, the paper is leaked. At least 22 exam papers have been leaked in the last five years. The BJP has ruined the dream of lakhs of students. If voted to power, we will ensure a foolproof system to prevent paper leaks and bring the main culprits to book. So far, only small fries have been arrested,” says Gujarat Congress spokesperson Hiren Banker. He likened the recurring exam paper leaks to the Vyapam scam in Madhya Pradesh.

In the run-up to the election, the Bhupendra Patel government tried to placate the youth by promising government recruitment after the election. Two key promises are: 10,000 police constable posts, 3,437 posts for talati and around 2,200 for junior clerks. The exams are scheduled to be held in January-February 2022. The promise for talati recruitment came just hours before the model code of conduct came into effect on November 3.

“The BJP's promises will have some impact on students. They may again go with the party, thinking that it has offered something,” says Yuvraj Singh Gadhavi. One of the BJP slogans on the party's ubiquitous campaign cutouts in Ahmedabad and Gandhinagar is “BJP etle bharoso”,  BJP means trust. The trust factor, some of the students believe, is missing when it comes to AAP. “It will take time before the youth start believing in the AAP promises,” says a student from Aravali.

A member of the Gujarat BJP's media cell declined to comment for this report.

Depression and tobacco use

The students say they are after government jobs because those not only guarantee economic growth but also improve their marriage prospectus. “Many students here are above the age of 30. They are not getting married. I know a few students whose marriage was cancelled because they could not get jobs in time,” says Vishal Parmar, another student preparing for competitive exams. He says that recurring exam paper leaks have pushed many of the students into depression. “To overcome depression, students have turned to kheni, jarda and gutka,” he says, adding that due to postponements of Group 3 exams, he has started preparing for the tougher Gujarat Public Service Commission and other Group 1 exam. “GPSC holds its exam regularly and efficiently every year. So it’s better to prepare for that. They are a lot tougher though."

Throughout my interactions with the students, I was repeatedly asked my salary. “You must be getting Rs 40,000-Rs 50,000? Look at us, we have been waiting to land a government job on a pay scale of just Rs 19,000. What’s the process to become a journalist? Do you need any special degree? Can I become one?” they would ask.

For Bipin Choudhary, 18, of Banaskantha who is yet to write a competitive exam, the future seems uncertain. “I am preparing for the talati exam. If I get a job, I don’t have to worry about crop losses and can ensure a decent life for my family. Previous exam postponement has created doubts among new aspirants. But I hope that the BJP fulfills its promise to hold the talati exam in February next year,” he says. 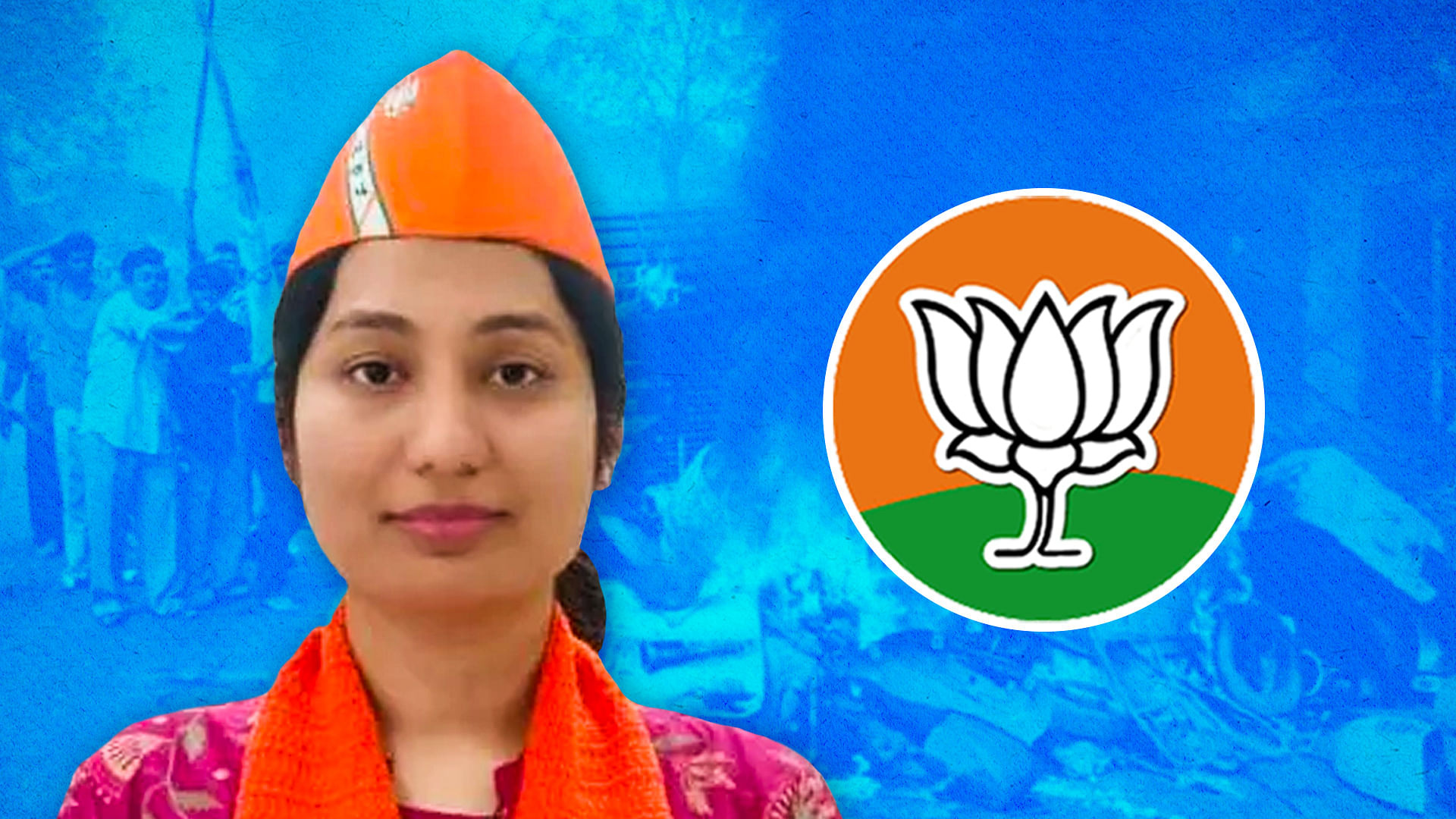