Not Surat, but Saurashtra: Analysing AAP’s hits (and misses) in Gujarat

With 5 MLAs and a vote share of 13 percent, the AAP scripted small victories – with some miscalculations.

As results pour in today for the assembly election in Gujarat, it’s clear that no headwinds can dislodge the Bharatiya Janata Party. In power for 27 years, it’s leading in 156 seats according to Election Commission data as of 5.30 pm – eclipsing Congress’s past record of 149 seats in 1985.

The Congress, meanwhile, has won 17 and the Aam Aadmi Party five.

While the BJP’s victory in Gujarat has been a foregone conclusion, thus making this a “boring” election, it’s the AAP’s performance that’s piqued everyone’s interest.

The AAP this election contested for the first time in all seats in Gujarat. Its vote share of 12.9 percent suggests that it might easily breach the Congress’s vote bank. The Congress, which won 77 seats last time, has now seen its vote share contract from 41.4 percent to 27.3 percent, while the BJP’s has increased from 49.05 percent to 52.5 percent.

What worked in the AAP’s favour? It was a combination of its party symbol, cast of candidates, their connect with voters, and its chief ministerial candidate Isudan Gadhvi’s popularity among farmers.

In Dediapada, for instance, AAP’s Chaitar Vasava defeated the Bharatiya Tribal Party’s Hitesh Vasava by 40,282 votes. In 2017, Chaitar had helped script the victory of Mahesh Vasava from the same seat. Mahesh is the son of BTP founder Chhotu Vasava, and Chaitar was once Chhotu’s close aide. He’s also a popular figure among the tribal community.

In the run-up to the election, the AAP had mulled a tie-up with BTP. While it eventually fell through, Chaitar remained with the AAP and Mahesh subsequently departed Dediapada to contest from Jhagadia in Bharuch. (He later withdrew his candidature.) His father Chhotu, meanwhile, contested from Jhagadia as an independent. The BJP candidate has emerged victorious here.

The Botad seat sprang a surprise, with voters choosing AAP’s Umesh Makhwana. Umesh was once a personal assistant to Bhariben Siyal, the BJP MP from Bhavnagar. But the caste factor worked in Makhwana’s favour, as most voters are from his numerically stronger caste of Koli Patel. The BJP in Botad had replaced their sitting MLA, Saurabh Patel, with a rookie, Ghanshyam Virani. Both Virani and the Congress candidate, Manhar Patel, are Lehuva Patels. The community’s votes seem to have split between the two, benefitting Makhwana, who won by over 3,000 votes.

In Visavadar, the AAP’s Bhupendra Bhayani defeated BJP’s Harshad Ribadiya by 7,063 votes. Bhayani is a former sarpanch from Bhesan village who was with the BJP until 2021, when he joined the AAP. Ribadiya, meanwhile, defected from the Congress to the BJP just before the poll, which didn’t sit well with voters.

In Gariadhar, AAP candidate Sudhir Vaghani won by 4,819 votes while Hemant Kheva in Jamjodhpur defeated his BJP rival by 10,403 votes.

In the run-up to the election, the AAP’s campaign had been most vociferous in Surat, home to 15 seats and the BJP’s citadel. The AAP had been buoyed by its performance in the 2021 local body poll, where it secured a vote share of 23 percent, and hoped to script a direct fight against the BJP in at least five of Surat’s 15 seats. Accordingly, it fielded AAP state president Gopal Italia from Katagram, Patidar leader Alpesh Kathiriya from Varachha, and state general secretary Manoj Sorathiya from Karnaj. All three bit the dust.

But arguably the biggest blow to the AAP came from Khambalia in Dwarka district, where its CM candidate Isudav Gadhvi lost to the BJP’s Mulu Bera. Both Bera and the incumbent Congress MLA Vikram Madam are from the Ahir caste, and Khambalia has never erected a non-Ahir leader in the last five decades. The odds were stacked against Gadhvi, despite a spirited campaign. In agriculture-dominated constituencies in Saurashtra visited by this correspondent, Gadhvi’s face was the most popular for raising farmers’ issues during his journalism career with VTV Gujarati channel.

So, with four of its newly-minted MLAs coming from the Saurashtra region, the AAP now knows that the BJP’s urban vote bank is tough to breach. After the results, Gadhvi told reporters that perhaps the party could not bag as many seats as it had expected.

On its part, the BJP had urged voters to repose their “trust” in the party despite issues like inflation, exam paper leaks, farm distress, hooch tragedies, and the Morbi bridge collapse. While it’s too early to speculate on subsequent assembly elections, the BJP will need to resolve these issues because the AAP, with its sizable vote share of 13 percent, is waiting for its chance. 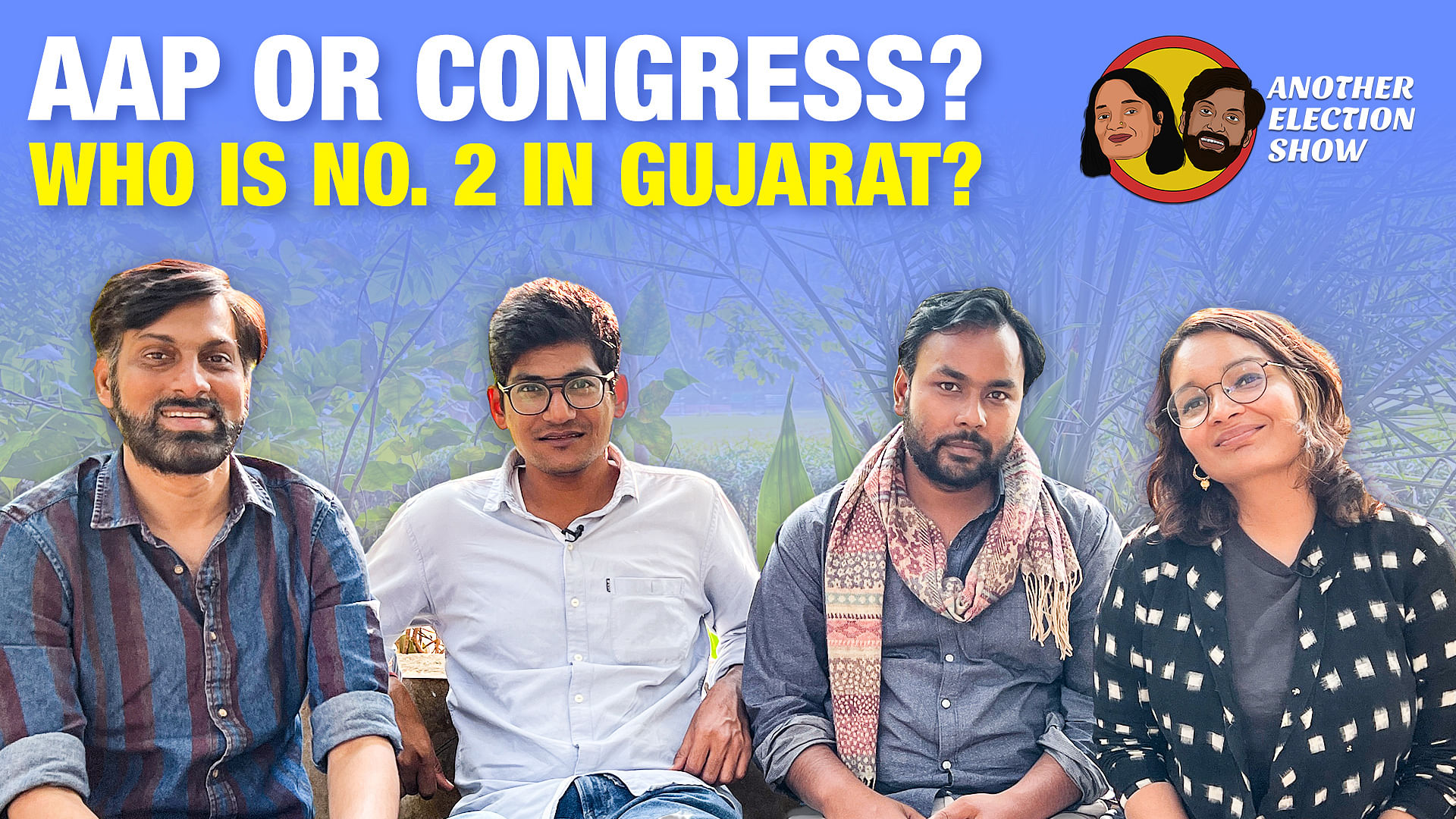 In Surat, will traditional BJP voters rally behind AAP this time?