The NDMA, meanwhile, has reportedly asked government institutes not to share information with the media until the final report is released.

ByHridayesh Joshi14 Jan, 2023
bookmark_add
Several such placards have come up around the town over the past few days.

Forced to leave damaged houses, residents in Uttarakhand’s Joshimath are now expressing their anger against the National Thermal Power Corporation Limited – a state-owned energy giant facing allegations that one of its projects contributed to subsidence in the area.

From the main market to vehicles, several posters with the slogan “NTPC go back”  have come up around the town over the past few days. Locals allege that digging of a 12-km tunnel for the 520 MW Tapovan Vishnugarh hydroelectric project exacerbated subsidence in the area.

According to media reports, eight institutes will investigate the causes of land subsidence in the Himalayan town. Authorities are also looking into the NTPC’s alleged role.

Asked about allegations faced by the energy giant, Chamoli DM Himanshu Khurana told Newslaundry, “Work is now shut on the (NTPC) plant. The central and state government has taken cognisance of allegations of damage due to this plant. They know that experts need to examine this independently. We want to know the truth so that action can be taken at the earliest.”

On January 10, the union power ministry, which controls the NTPC, had also summoned the company’s officials to discuss the Joshimath issue.

NTPC, however, has denied all the allegations. The company’s officials said that the tunnel connected to the Tapovan Vishnugarh hydroelectric project is over a kilometre under the ground and not below Joshimath.

Asked about the issue, RP Ahirwar, head of the Tapovan project, refused to comment on the matter. The NTPC, however, has released a presentation to explain that the energy giant does not have any role behind the disaster. It said both the power house and the barrage site are 15 kilometres away from the town.

Nearly 50 houses had initially developed cracks in Joshimath, and the number has gradually risen to over 700, according to locals. Authorities have started the demolition of two hotels as the situation continues to worsen.

DM Khurana told Newslaundry that the sinking areas have been divided into “core and buffer zones” as per assessment of risks involved. “Untill now, we have shifted 169 families to safer places.”

Known as the gateway to Badrinath, the town is about 6,000 feet above sea-level in Chamoli district. It’s home to multi-storey buildings and hotels, and also huge projects like the Chardham Yatra Marg.

Subsidence is not a new phenomenon in Joshimath. Nearly 50 years ago, a committee under the then commissioner of Garhwal had warned of an impending crisis. It urged the administration not to dig and blast along the mountainside, or remove heavy stones.

Meanwhile, an ISRO report pointing to a rapid pace of sinking in the area was taken off the organisation’s website later on Friday. The National Disaster Management Authority has also instructed government institutions not to share information with media or on social media until the expert group probing the matter releases its report.

We have a new Sena project on the crisis in Joshimath and how Uttarakhand may have many calamities waiting to happen. Contribute now. 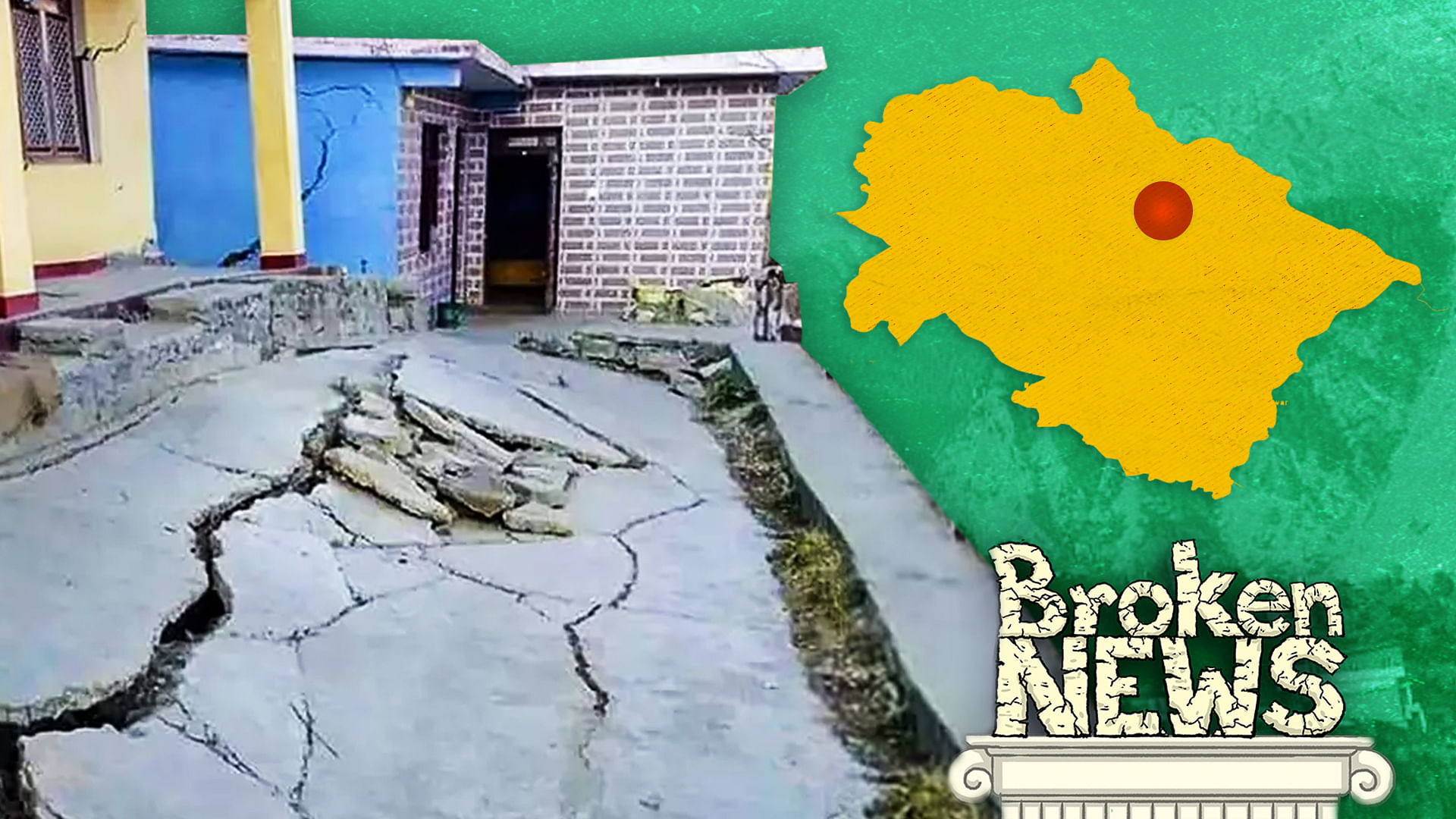 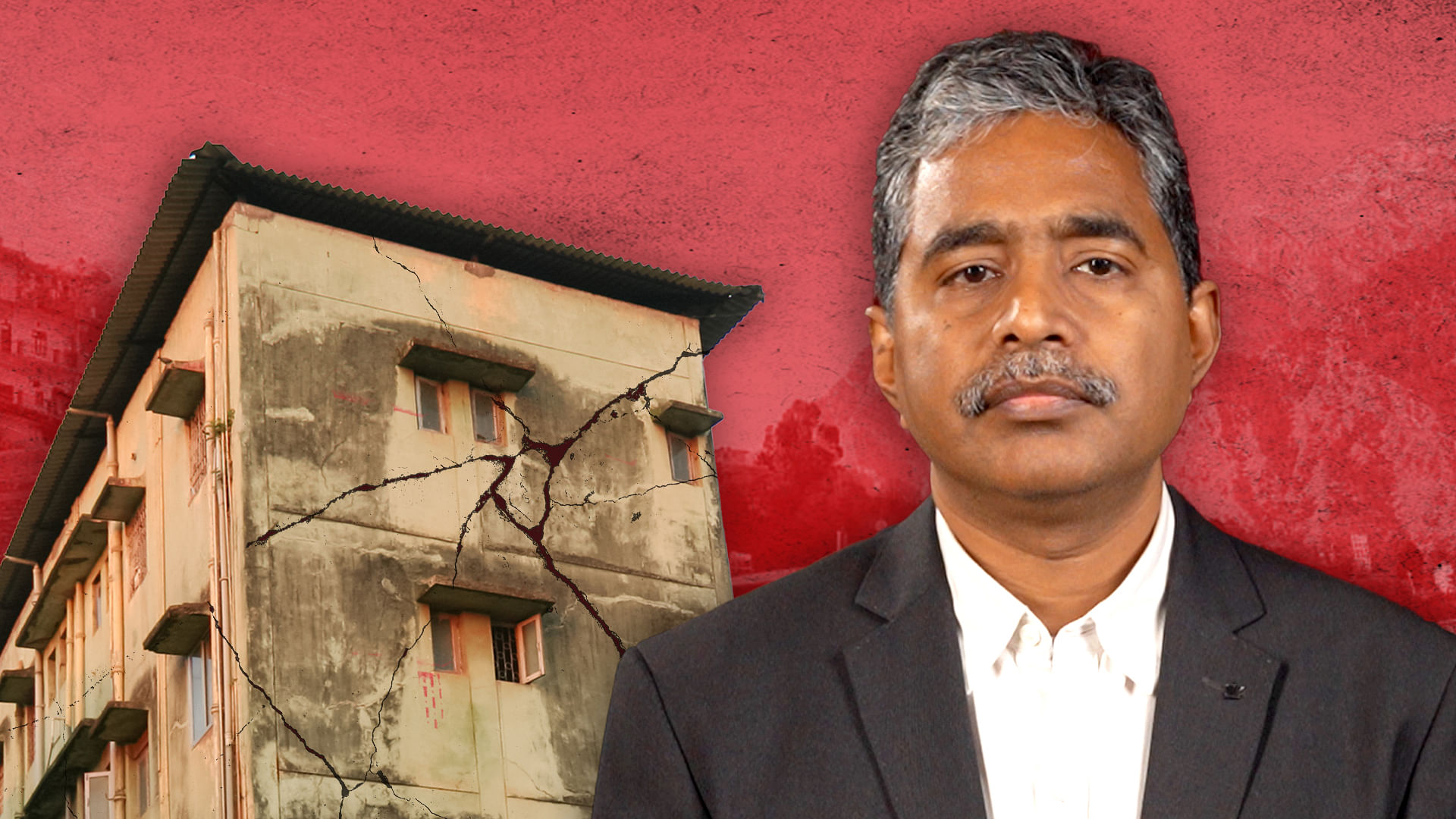