How can we be sure that a drug treatment for Covid really works?

Enter the world of clinical trials — a poorly understood and badly taught subject.

Listen to this article:

When your doctor prescribes a treatment, there is no guarantee that it will definitely help you more than it might harm. Just as in many other aspects of life, there are no certainties in healthcare. A diagnosis may turn out to be wrong and a treatment may prove ineffective, or worse, harmful. Statistics offers a way of quantifying and dealing with uncertainties in clinical medicine.

In a video clip tweeted recently, a patient described his “miraculous recovery” from Covid-19 and ascribed it to a drug called Itolizumab that is manufactured and marketed by India’s Biocon Limited under the brand name Alzumab. While his recovery is without a doubt reason to celebrate, we can, and indeed must, be a great deal more sceptical of the uncritical attribution of his survival to the drug in question.

How do we know that he recovered despite the drug and not because of it? Would he have recovered anyway even if he had not been given the drug? How can we be sure?

The specific questions to do with the quality of evidence of the effectiveness of Itolizumab in severe Covid has been critically examined in previous publications; see here, here and here.

The question I want to deal with now is a more general one: How do we determine that a proposed treatment for a particular clinical illness works? If the manufacturers of a drug believe that their wonder drug prevents death and saves lives, how can we be sure that there is solid scientific evidence to justify such a claim?

Enter the world of clinical trials — a poorly understood and badly taught subject. Sadly, many doctors, even senior ones, have little knowledge of the intricacies and nuances of the subject.

Of all the advances in medicine, the concept of an RCT is among the most fundamental ideas to have revolutionised clinical practice in the last 75 years. The first RCT to be published was a famous 1948 paper establishing the role of streptomycin in the treatment of tuberculosis.

The modern RCT is based on three linked ideas:

Reporting the results of an RCT

Conceptually, the simplest RCTs are those where the outcome of interest is a binary event such as mortality, and the patients are randomly assigned to one of two groups: the active treatment group and the control group. If assignment to the two groups is determined not by deliberate clinician or patient choice but by a strict process of random allocation, then we can be as sure as is humanly possible that any differences observed in the outcomes in the two groups can be confidently attributed to the drug under study.

Let’s take the example of the Dutch trial to investigate the role of convalescent plasma in patients with severe Covid illness. This is a form of treatment that has intrinsic common sense behind it as well serious political backing. But injecting plasma taken from another person carries risks and so, it is wise to do a formal trial to make sure that the benefits outweigh the harms.

These researchers decided to carry out an RCT. Assuming a background mortality rate of 20 percent and seeking not to miss a 50 percent improvement on this (i.e. a reduction of the risk of death with convalescent plasma treatment to 10 percent), they figured they would need to study 426 patients with half assigned to receive plasma.

As events turned out, they stopped the trial after 86 patients at which point the data looked like this:

Interpretation of these numbers

This is where it becomes tricky. On the face of it, most clinicians would jump to the conclusion that plasma therapy conferred a 11-12 percent reduction in the risk of death. So, hey, it works!

But that would be a hasty, ill-judged, and erroneous conclusion or, as HL Mencken put it, “neat, plausible and wrong”.

As I said earlier, this is no longer clinical medicine. It is now a statistical experiment and the statistician’s logical analysis would go along the following lines.

Bottom line conclusion: Though convalescent plasma looked like a great idea, this trial does not provide sufficient evidence that it in fact saves lives.

But try explaining that to President Trump! 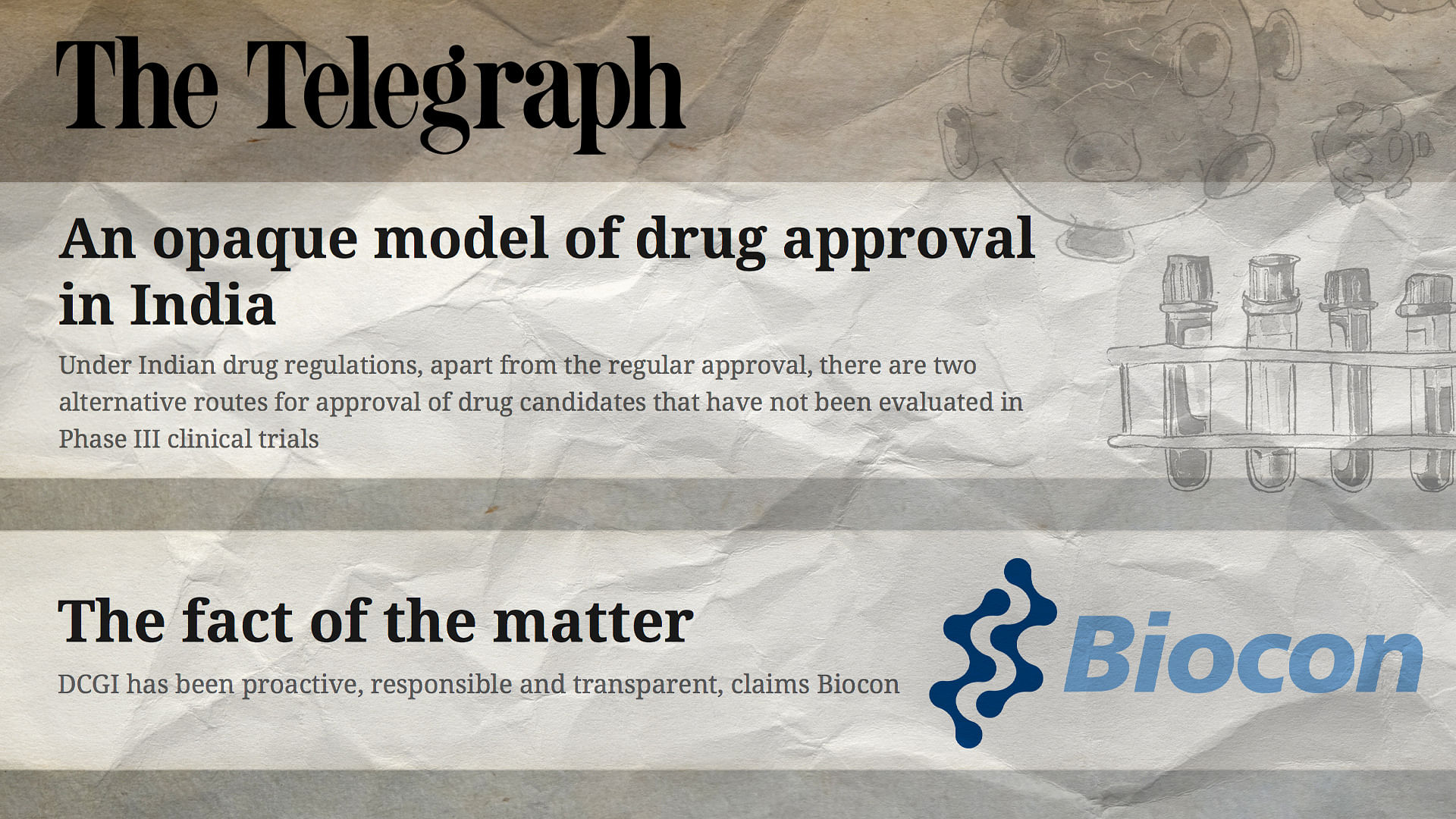 Fact-checking during a pandemic: A response to Biocon and the Telegraph