‘Some powerful media houses have made things worse. It would have been better if they hadn’t bothered covering us.’

On November 26, when the protesting farmers arrived at the Singhu border between Delhi and Haryana, they lamented, “Why is the national media not taking notice of us? Do they not see the road blocks? Do they not care about farmers?”

After four days, they had a contrary grievance, articulated through the slogan, “Godi media, go back.”

“Godi media”, meaning media organisations that are “lapdogs” of the Narendra Modi government, is a constant refrain in conversations with the farmers and their slogans. Their anger against sections of the media gained a life of its own when a reporter with Zee Punjabi and his cameraman arrived at Singhu on November 30 to report live on the protest.

At 1.30 pm, the reporter, Vasu Manchanda, stood near a stage erected to serve langar, or communal meal. He began interviewing some elderly farmers gathered around him. He was promptly shouted down, and, minutes later, chased to the police barricades by the protesters.

Arshdeep Singh, a farmer who was part of the crowd that chased away Manchanda, said they “threw water” at the reporter while shouting slogans against “Godi media”. This was because, he claimed, Manchanda had tried to ask them “leading questions” about the farm laws, which the farmers are protesting against.

“What is wrong with the media?”Arshdeep asked. “How can you gather a few old and uneducated people and try to grill them on the technicalities of a bill? We know how you will turn things around on us later. We saw it in the last few days.”

Manchanda, however, alleged the farmers threw “hot tea” at him. But Arshdeep’s larger point — of anger on the ground towards the media — has culminated in this outpouring of anger, of posters and slogans, and of farmers refusing to speak to certain news channels. It started when channels like Zee News claimed there was a “Khalistani angle” to the farmers' agitation.

As some of the farmers told Newslaundry, “The ones calling us Khalistani are the ones who are not Indian themselves.”

Karandeep Singh, a farmer from Punjab, summed it up: “We still want the media to cover out stories. We are simply asking that you report what you see, not what you create.”

The farmers’ anger towards the media is not “impulsive, surface-level”, Karandeep Singh said. Instead, the movement is experiencing an erasure of trust.

“We are being failed at many levels. Governments are built on the trust of the people, but they have failed us. A security personnel is someone we should be able to trust but they have failed us,” he said, referring to how the police had used water cannons and teargas to stop the farmers from reaching Delhi.

As for the media, Karandeep said, “In such a case, the media is often the last and only resort, but they too have not just failed us but stabbed us in the back. While they say that truth is the first casualty of war or conflict, trust is also a major casualty.”

Survinder Singh, a farmer from Rajasthan, pointed out that the media had even questioned some farmers why they were wearing jeans, or speaking in English.

“What kind of questions are these? How can you ask us this?” he asked.

There seems to be a perception within the media, he added, that farmers don’t speak English, don’t understand policies, walk barefoot, and wear torn clothes. If they see a farmer who doesn’t fit this profile, they mock him or doubt his authenticity. “We are treated badly just because it just doesn’t suit their line of narration,” he complained, “and our well to-do image doesn’t help their TRPs.”

Survinder’s friend Harvinder Gill, also from Rajasthan, added, “Do we not have a right to wear decent clothes? We have all worked hard to earn money and be educated. We know our rights and we will demand them in our language and yours.”

At Singhu on Monday, several journalists tried to climb onto the terrace of a rundown building next to the protest site, hoping to get better pictures. Happy Singh, a farmer from Punjab, insisted they climb down and then stood in front of the staircase. “I cannot let you go up,” he said. “The owner of this building is scared of you media guys.”

Asked why he was doing this, Happy brought up Navdeep Singh, a young man who was hailed as a hero after a picture of him turning off a water cannon went viral. Navdeep was later charged with attempt to murder, with the police accusing him of breaking a police barricade and trying to “run over” police personnel with a tractor.

This isn’t the media’s fault, Happy said, but “what if you click some photo here, it goes viral, and then the officials come and put some false charges on the building owner? Will you take responsibility? Will you be able to help us?”

He added: “We have had enough trouble from the media. We don’t need anything more.”

About a kilometre away, down the highway blocked by trucks and lorries, Newslaundry met Indrajeet Singh, a Punjabi standup comedian based in Delhi. He is from a family of farmers, Indrajeet said, and therefore felt obliged to join the protests.

Aghast at how some media houses were covering the protests, he printed posters in English, Hindi and Punjabi, that read: “Zee News, Republic, Aaj Tak. Don’t cover us. You are fake news. #GodiMedia.”

“These are powerful media houses and they could have done a dignified job of reporting,” Indrajeet said, adding that the farmers are angry specifically with these three TV channels, not all media. “But they have made things worse. It would have been better if they hadn’t bothered covering us.” He also said that there is a growing consensus among protesting farmers to boycott reporters from Zee, Republic and Aaj Tak.

“We aren’t stupid,” he said. “We have been watching what anchors like Anjana Om Kashyap and Arnab Goswami say about us. We don’t need their help or coverage.”

By 9 pm, the anger towards “Godi media” had reached fever pitch. Appeals were made from the makeshift stage to not hurt or manhandle any reporter, but politely ask them to leave if need be.

A reporter with a Punjabi TV news channel told Newslaundry he hadn’t faced any problem covering the protests. Refusing to be identified, he said, “I believe the issue is simple. Do your job, be a journalist, and report what you witness. Isn’t that what journalism is, anyway? We local reporters have been doing that from day one. For us local reporters, this agitation is two months old, unlike for national media, for whom this protest is only four days old.”

Several farmers Newslaundry spoke with agreed that regional TV news channels and newspapers in Haryana and Punjab had done a good job covering them. “If you want to learn journalism, learn it from local reporters,” said Arshdeep Singh.

All pictures by Aditya Varier.

Update: A previous version of this story incorrectly said November 31 instead of November 30. 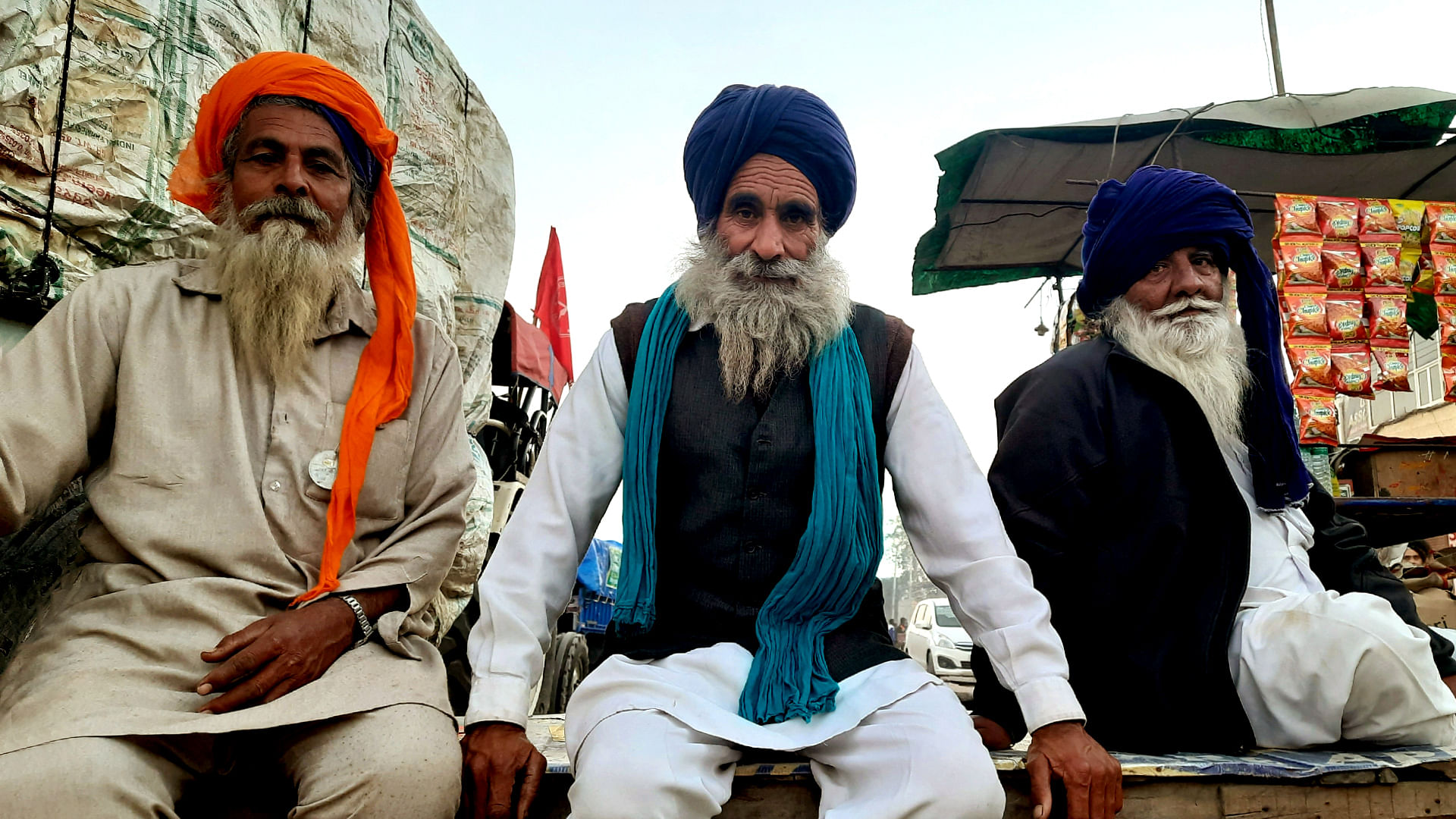 ‘I am fighting betrayal’: Meet the farmers marching on Delhi