A year on, looking back at student protests against the citizenship law

Over the last year, India has witnessed a relentless campaign to demonise and marginalise the Muslim minority, and criminalise and crush dissent against it. The campaign has been waged through exclusionary laws, hateful media discourse, investigative agencies, even a pogrom in the national capital. The ecosystem of bigotry, overseen by the governing BJP and enabled by much of the media, has weaponised even the pandemic to fuel Islamophobia. But it hasn’t succeeded in dismantling the solidarities that have emerged in resistance, mostly notably amid widespread protests against the citizenship law at the turn of the year. And at the heart of this resistance have been students.

Along with the Muslim woman at Shaheen Bagh and elsewhere, students play a key role in the public pushback against the Citizenship Amendment Act, or CAA, and the National Register of Citizens, or NRC. In retaliation, they were criminalised by their institutions, and at the Jamia Millia Islamia and the Aligarh Muslim University, brutalised. That Jamia and AMU were singled out mainly because of their “Muslimness” shows violent crackdowns weren’t rooted merely in the “use of excessive force” or misconduct by police, but in the ideological persuasion of the Indian state. This, in fact, is a key conclusion of the report, The Dismantling of Minority Education, released recently by a collective of human rights researchers and lawyers in Delhi.

At Jamia, in the days before the citizenship law was enacted, the students held several discussions on how they should respond to it. On December 13, 2019, thousands of them joined a protest march. They were stopped by the Delhi police a few hundred metres from the campus, beaten up and teargassed. Two days later, the Delhi police and the paramilitary RAF stormed the campus, brutalised the students, and wrecked university property.

At AMU, several thousand students marched to the main gate of the campus on December 10. They were halted from going further by the Uttar Pradesh police, who also registered an FIR against 21 named and 500 unnamed students. Over the next two days, the students sat on a relay hunger strike. On December 13, they set out on a march to the Aligarh district magistrate’s office to submit a memorandum for the repeal of the citizenship law. They were again stopped at the gate. On December 15, as news of the police brutality at Jamia reached AMU, thousands of students started a march to show solidarity with their peers at Jamia. This time, they were met violently by the police and the RAF. They were brutally assaulted and teargassed, and several were detained.

At Banaras Hindu University, the students started protesting against CAA and NRC on December 10. Five days later, the university’s administration issued a circular warning them against participating in protests. On December 19, BHU students were among the protesters arrested in Varanasi and jailed. In protest, some students refused to accept their degrees at the university’s 101st convocation.

At Tezpur University, Cotton University, Dibrugarh University, North Eastern Hill University, Assam Agricultural University, as well as North Eastern Regional Institute of Science and Technology, the students called for a boycott of classes on January 22, when the Supreme Court listed for preliminary hearing a batch of petitions challenging the constitutional validity of the citizenship law. Several of them were summoned by the National Investigation Agency and questioned for holding anti-CAA protests.

Students at the Jawaharlal Nehru University, already protesting a fee hike, also joined the anti-CAA protests. On January 5, masked goons armed with sticks and stones and shouting “Jai Shri Ram” entered the campus, thrashed students and teachers, sending several of them to hospital. It turned out that the attack was coordinated on WhatsApp by members of the ABVP, the student wing of the Sangh Parivar.

In Telangana, the police filed an FIR against 14 students of the University of Hyderabad for organising a protest at the Maulana Azad National Urdu University on February 21. They had formed an unlawful assembly by rallying to the urdu university, carrying placards and shouting slogans against the government, the police alleged. On January 26, the police had booked the functionaries of the university’s student body and 22 other activists for organising a “Save Constitution” march to BR Ambedkar’s statue near the campus.

At Darul Uloom Nadwatul Ulama, Lucknow, the police assaulted over 200 students of the seminary with batons after they gathered to protest against CAA and NRC on December 17. At the Tata Institute of Social Sciences, Mumbai, the students declared a solidarity strike on December 19, prompting the registrar to warn the staff to keep away from the protest. The vice chancellor of the English and Foreign Languages University, Hyderabad, wrote an article in the Indian Express defending CAA by describing it as being reflective of India’s commitment to “secularism”. The elected student body issued a statement to condemn the article and organised protests. In response, the administration extended the winter vacation break, which students criticised as an attempt to silence them.

At IIT Kanpur, when the students protested against the violent police crackdowns at Jamia and AMU, the administration formed an inquiry panel with a mandate to look into the recital of Faiz Ahmed Faiz’s Hum Dekhenge by one of the students. The “offending” student was coerced into signing an apology for reciting the poem that was deemed to have hurt “Hindu sentiments”.

As the protests took off, the hate factories started spreading fake news and alleging that they were “against India and Hindus”. This manufacture and spread of anti-Muslim hatred was enabled by the mainstream media. In the aftermath of the attacks on Jami and AMU, media trials were nightly conducted against mainly Muslim students who were variously depicted as “violent”, “extremist”, and “anti-Hindu”. The demonisation was ramped up in the aftermath of the Delhi pogrom in February when many Muslim students, along with other activists, were booked under the anti-terror law UAPA. Many of them remain in jail such as Gulfisha Fatima, Meeran Haidar, Asif Iqbal, and Sharjeel Imam while some, such as Safoora Zargar, are awaiting prosecution.

In the year since the crackdown on student protests, the Narendra Modi government has moved to further weaken university autonomy; firm up the architecture of surveillance and intensify suppression of dissent on campus; and, through the National Education Policy 2020 in particular, make public education out of bounds for the marginalised communities. But at every step, it has met with resistance from students. It would do this country much good if students continue to stand up for what’s right.

Md Tarique Alam and Arpita Jaya are human rights researchers based in Delhi. 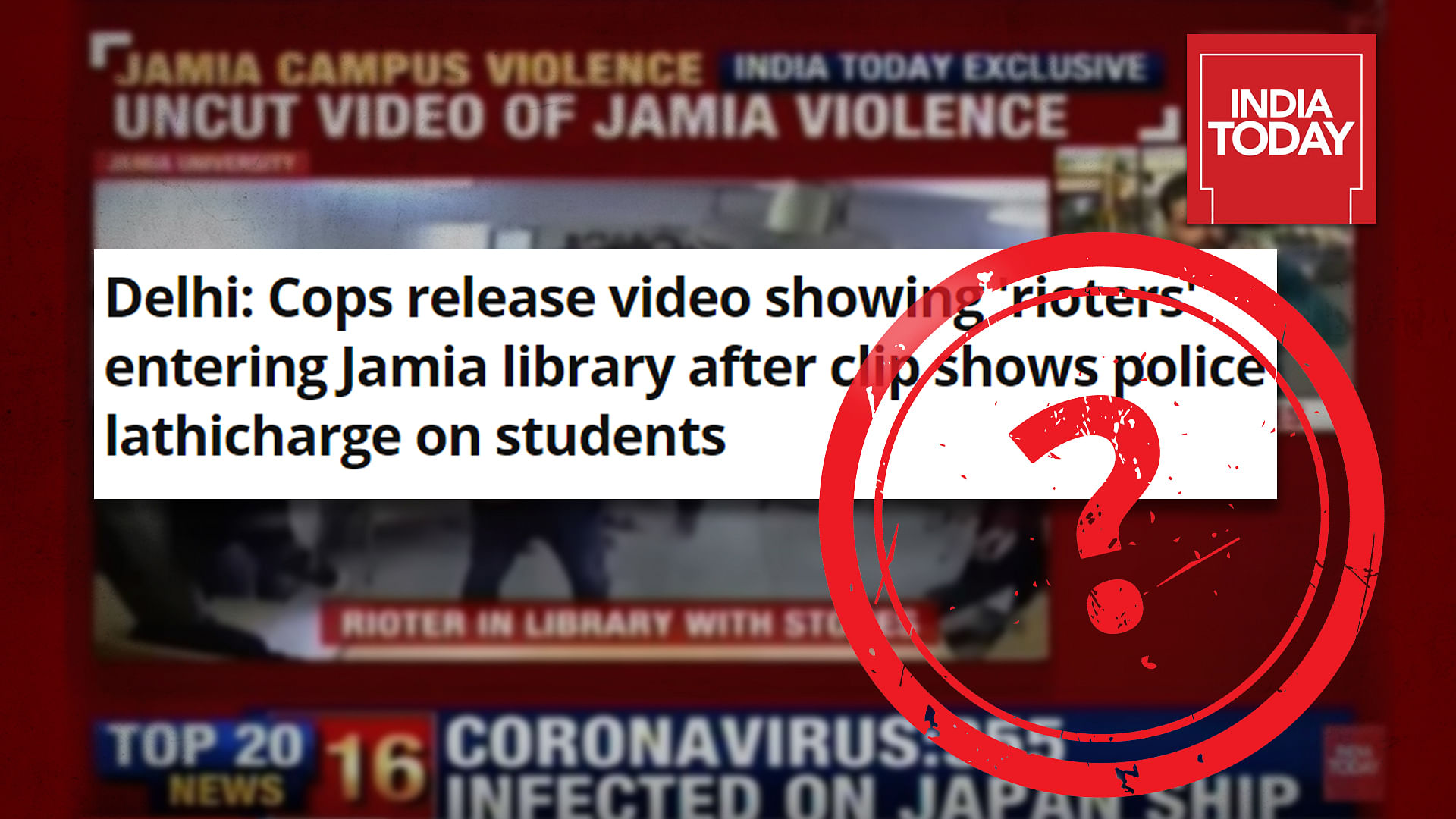