In Rashbehari, BJP pitches for their ‘Balakot strike’ candidate to win over intellectuals

Candidate Subrata Saha is a former lieutenant general who is new to politics. He’s banking on his army background to get him votes.

Rashbehari constituency, a traditional bastion of the Trinamool Congress in Kolkata, is in special focus this election season. For the Bharatiya Janata Party, winning this “intellectual hub” is crucial. Polling in Rashbehari takes place today, April 26.

Part of its campaign is to repeatedly voice its concerns over rising “criminal dens” in several pockets of the constituency. The BJP has promised to crackdown on these purported “dens” and its candidate here has claimed that he’ll conduct a “surgical strike”, even, to restore tranquility in the narrow lanes of Rashbehari.

This candidate is Subrata Saha, a former lieutenant-general in the army who headed counter-insurgency operations in Jammu and Kashmir and parts of Northeast India. He is also being described as the “mastermind” of the Balakot airstrike that India conducted against Pakistan in 2019.

Saha is pitted against Debasish Kumar, a local favourite from the TMC. Though Saha is new to politics, he’s known to be close to the security establishment in New Delhi. He’s reportedly one of the favourites for BJP’s chief ministerial face in Bengal along with Suvendu Adhikari, Mukul Roy, Swapan Dasgupta and Dilip Ghosh. With his education and army background, he’s now a force to reckon with.

“He’s one of the front-runners in the fray,” a close confidante of Saha told this reporter. As far as other chief minister contestants are concerned, the source continued, Saha has a clean record, similar to Swapan Dasgupta, with no known cases of corruption against him. The Sangh Parivar is also throwing its weight behind Saha despite him having no apparent proximity to the Rashtriya Swayamsevak Sangh.

Sources told this reporter that the BJP settled on Saha after failing to convince high-profile celebrities like Sourav Ganguly, who refused to contest or campaign for the party. The BJP’s desperation led it to Saha’s door, and Saha readily agreed.

However, he has numerous challenges against him, not the least of which is his rival Debasish Kumar’s popularity in Rashbehari. Additionally, Muslim votes in the area are likely to go in favour of the TMC.

But Saha has kept his optimism intact.

“In the highest level of the armed forces, we’re taught to outsmart our enemies even before they can understand what’s going to happen,” he told Newslaundry. “I have won many fights in the jungles and high altitudes of Jammu and Kashmir and the Northeast. Once you are mentally tough and raring to go, you win any battle on earth. I may be new to politics but not new in the battle of warfare.”

Saha compared the “Trinamool regime” to a “jungle raj”.

“Let us uproot the regime,” he declared. “I have many plans to achieve.” He also promised to “launch a crackdown on the manifold vices that are gripping the state”.

On its part, the TMC has targeted Saha’s “bohiragato” image, that he’s an “outsider”. At a recent rally, Debasish Kumar said exactly that, adding, “He belongs to Alipur. How can you expect him to win?”

But Saha’s supporters are not buying it.

“Ask the TMC candidate about his origins,” countered Samir Roy, a well-known artist who is a part of the constituency’s intellectual circles. “How can a man of Telugu descent claim that he is not an outsider? Kumar’s forefathers are not even from our state. How can he claim Saha is an outsider?”

Samir Roy, who said his ancestors migrated from Bangladesh, said he wants to see Saha conduct “surgical strikes” in criminal dens, adding that rising crimes in the area is why people want Saha to win in the first place.

Many neighbourhoods in Rashbehari comprise people from East Bengal, now Bangladesh. Rudra, 60, a housewife, said she used to be a staunch supporter of the Left party which has now “lost relevance”.

“CPIM was good once. The party gave good governance and people of Bangladeshi origin, like us, rooted for the CPIM,” she said. “But the situation has changed during the last five years. The TMC unleashed so many atrocities..."

Rudra said her daughters, Tama and Indu, have also become BJP supporters while her husband Babu Rudra stays away from politics.

“To me, all political parties are the same. Middle class and poor people are the biggest sufferers,” Babu said. “I am not ready to go with the wave of any party. But I want whoever wins to create employment generation for our youths. Unless you engage them in meaningful and constructive schemes, they will go astray. Unemployed youths engage in futile exercises; they end up with narcotics dealers and criminals.”

“A candidate is known for his traits and image. Subrata babu has a clean image and a lovable personality,” she said. “He is forthright and bullet-sharp in his approach. He is the man who can fulfil our demands and take care of women security issues, about which I am particularly concerned.”

Despite Saha’s reputation, however, supporters of Debasish Kumar are not wavering.

“No one can question the credentials of Deba da, who is very dear to each and every one,” said Mantu Pramanik, a supporter in Rashbehari. Whether it’s BJP or TMC supporters, he helps everyone in whatever way he can. Deba da is going to win this time.”

Mantu doesn’t think the BJP’s pitch to sell Saha’s patriotic credentials will help him win. “An army official is supposed to carry out strikes or whatever,” he pointed out. “But that does not prove his credentials as a politician.” 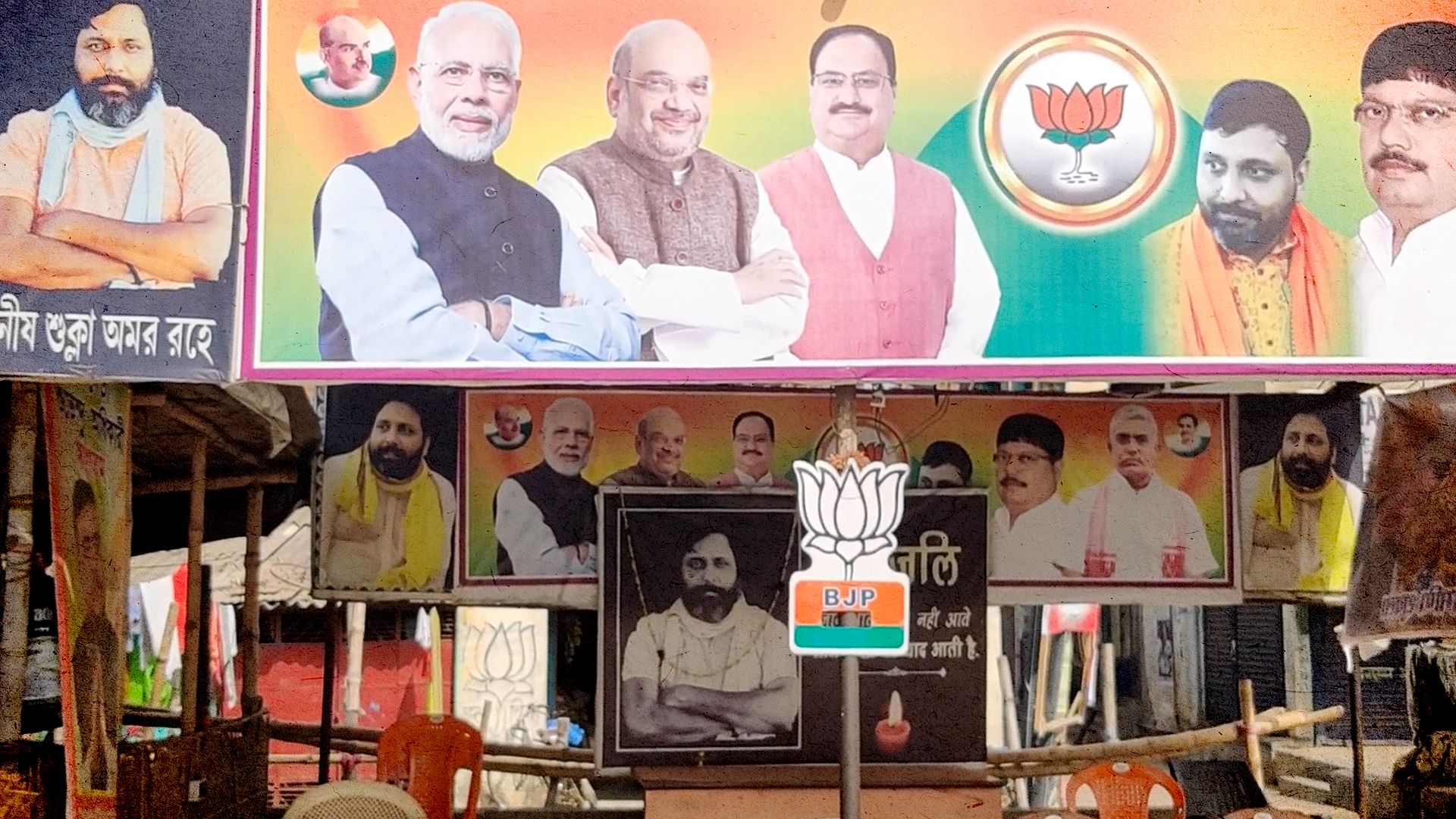 Gangs of Barrackpore: How BJP snatched seats and candidates from TMC 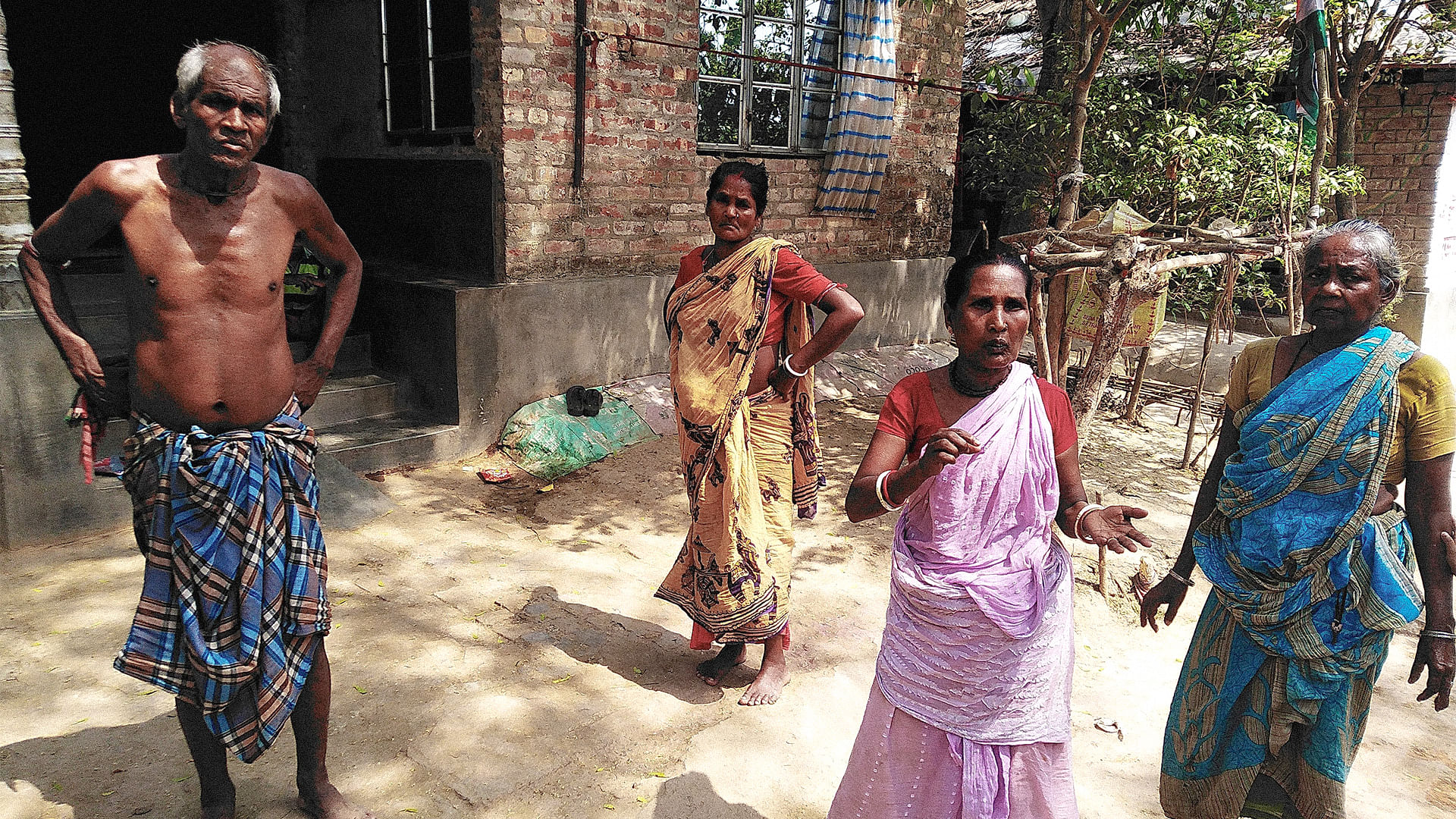 Why this Arsenic Belt village has no use for Bengal election