The cops tortured and shot dead Santosh Markam, eyewitnesses say, and cooked up a cliched story about killing a ‘dreaded Naxal’ in an encounter.

On June 27, the police in Chhattisgarh’s Dantewada claimed to have killed a “dreaded Naxalite” named Santosh Markam. He faced 25 criminal cases and there was a Rs 5 lakh reward on his head, the police added, and he was slain in a gunfight with 25-30 Naxalites in the jungles of Pordem.

The police were lying, eyewitnesses say.

Santosh was an Adivasi farmer, not a Naxalite. He was not killed in an encounter, but tortured and shot dead in cold blood, in front of fellow villagers in Neelavaya.

The villagers are now protesting outside the Dantewada General Hospital, refusing to collect the corpse until the police arrest the personnel responsible for killing Santosh.

That the police are lying about who Santosh was and how he was slain is seemingly backed up by their press release about the encounter that he was supposedly involved in. It is almost a copy of so many FIRs that the Chhattisgarh police have filed in “Naxal cases” over the years. It is by now a cliched template: security forces were out patrolling when they were fired on indiscriminately by Naxalites, they retaliated and shot dead or arrested a few of the rebels. Not infrequently, as Newslaundry has documented, it turns out the slain or arrested “Naxalite” was an ordinary Adivasi and the police cooked up the encounter story.

The Dantewada police are peddling the same fiction after slaying Santosh, his family and eyewitnesses to his killing point out.

This, according to multiple eyewitness testimonies, is what actually happened:

That Sunday morning, Santosh, 35, and his wife Sukki, 31, had left home early to plough their two-acre farmland in Neelavaya. They finished at around 10.30 am, and Sukki went home to make chicken and rice as the couple were expecting guests for lunch. Santosh stayed to take a bath at the borewell in the farm.

Sukki had barely started preparing food when a few women came running to inform her that the police had got hold of Santosh and were beating him up mercilessly. Sukki ran as fast as she could. But by the time she got there, her husband lay dead.

“My husband was a farmer,” Sukki protested. “I want to ask the government, ‘What had our family done to deserve this?’ I have three young children, all under 8. How will I take care of them without my husband?”

Nangi Korram is an eyewitness to Santosh’s killing. She was standing outside her home watching her corn field when she saw two men and a woman from the District Reserve Guard – a police unit made up largely of surrendered Naxalites and local Adivasis – grab hold of Santosh, knock him down, beat him up, and drag him along the ground. Nangi and a few other women tried to stop the cops, only to be roughed up as well. Then, Nangi recounted, the police personnel yanked Santosh up and forced him to run. He had barely gone a few yards when, like it was a hunt, one of the policemen shot him in the back. The villagers say they later found five casings from the spot.

Ganga Bandi had gone with Nangi to try and rescue Santosh. “We asked the police personnel why they were beating him unnecessarily, we tried to reason with them. They assaulted us as well,” she recounted. “And then they killed him right in front of us.”

Nangi Kurrom, right, and Ganga Bandi, second from right, were among the women who tried to rescue Santosh Markam. Photo by special arrangement

Sukesh Kawate, Neelavaya’s sarpanch, is another eyewitness. "It happened at around 11 am,” he said. “The cops were from the District Reserve Guards. Two men came first and then a woman. They wore clothes that we Adivasis wear ordinarily. Santosh did not have any connection with the Naxalites. But whenever the Naxalites came to this place, he had to listen to whatever they said, like every other villager. They falsely called him a Naxalite and killed him. I saw him being shot dead. The villagers gathered and refused to let the DRG personnel take away his body. But then some 200 security forces personnel came, threatened the villagers, and took away his body.”

Pradeep Kumar, a young man from Neelavaya, recounted that the security personnel “tied Santosh’s body to a stick and took it away”, and beat up the villagers who tried to stop them.

The next day, the Adivasi villagers marched to the district hospital. They handed a complaint to the district collector, Deepak Soni, stating that Santosh was killed in cold blood and the police’s story of having killed a “dreaded Naxalite” in a gunfight in the jungles of Pordem was fiction. The villagers also demanded copies of the 25 criminal cases the police say Santosh was facing.

Instead of engaging with the protesting villagers, the police detained two of their children, aged 13 and 15, on June 29.

“Manga, who is 13, and Nand Kumar, who is about 15, were with us protesting at the hospital and they had gone inside to charge their phones. The police detained them and were refusing to release them until we agreed to take Santosh’s body and return to our village,” said Budhram Korram, 18, a villager. “But we didn’t relent and they released the boys in the evening."

The police, however, remain unmoved by the protests and by testimonies that Santosh was slain in cold blood. When questioned about it, Dantewada’s police chief Abhishek Pallav essentially denounced Neelavaya’s villagers as a bunch of liars. “Markam was a dreaded Naxalite,” he declared. “His family members and villagers will never accept that he was Naxalite. If he was killed in the village, why did the villagers not take pictures of the shootout? Taking a video is easy now. Basically all this is being done is to demoralize the police. The villagers are just making up fictitious stories. They can go to court, NHRC or wherever they want, we will produce the required documents there. We had sent out 300 DRG personnel who got into a gunfight with 25-30 Naxalites in which Markam got killed.”

Why had the police arrested two young children and told the villagers to collect Santosh’s body in return for their release? “Those two guys were talking to a Naxalite who has a reward of Rs 5 lakh on his head,” the police chief said, without elaborating who the “wanted Naxal” was or where the children had talked to him and about what. “That is why we detained them. But we released them after doing a formal inquiry."

The collector wasn’t as quick as the police chief to assign or deflect blame. “We have ordered a magisterial inquiry in the matter,” Deepak Soni said when asked about eyewitness testimonies regarding Santosh’s killing. “It will take 20 days to one month to complete the inquiry. And whatever facts are revealed, we will take action accordingly.” 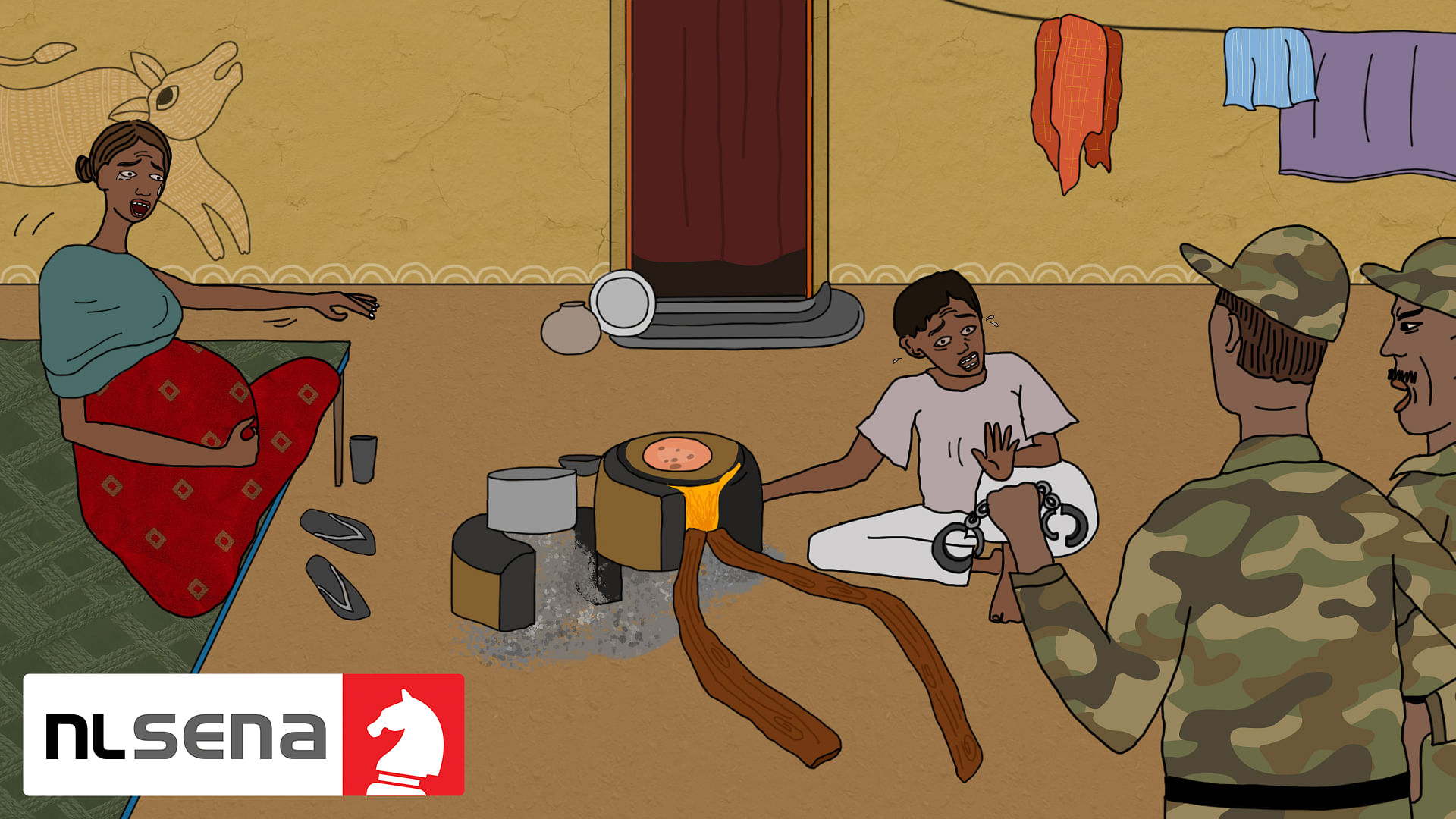 In Bastar, Adivasis are jailed for sharing a first name with suspected Maoists 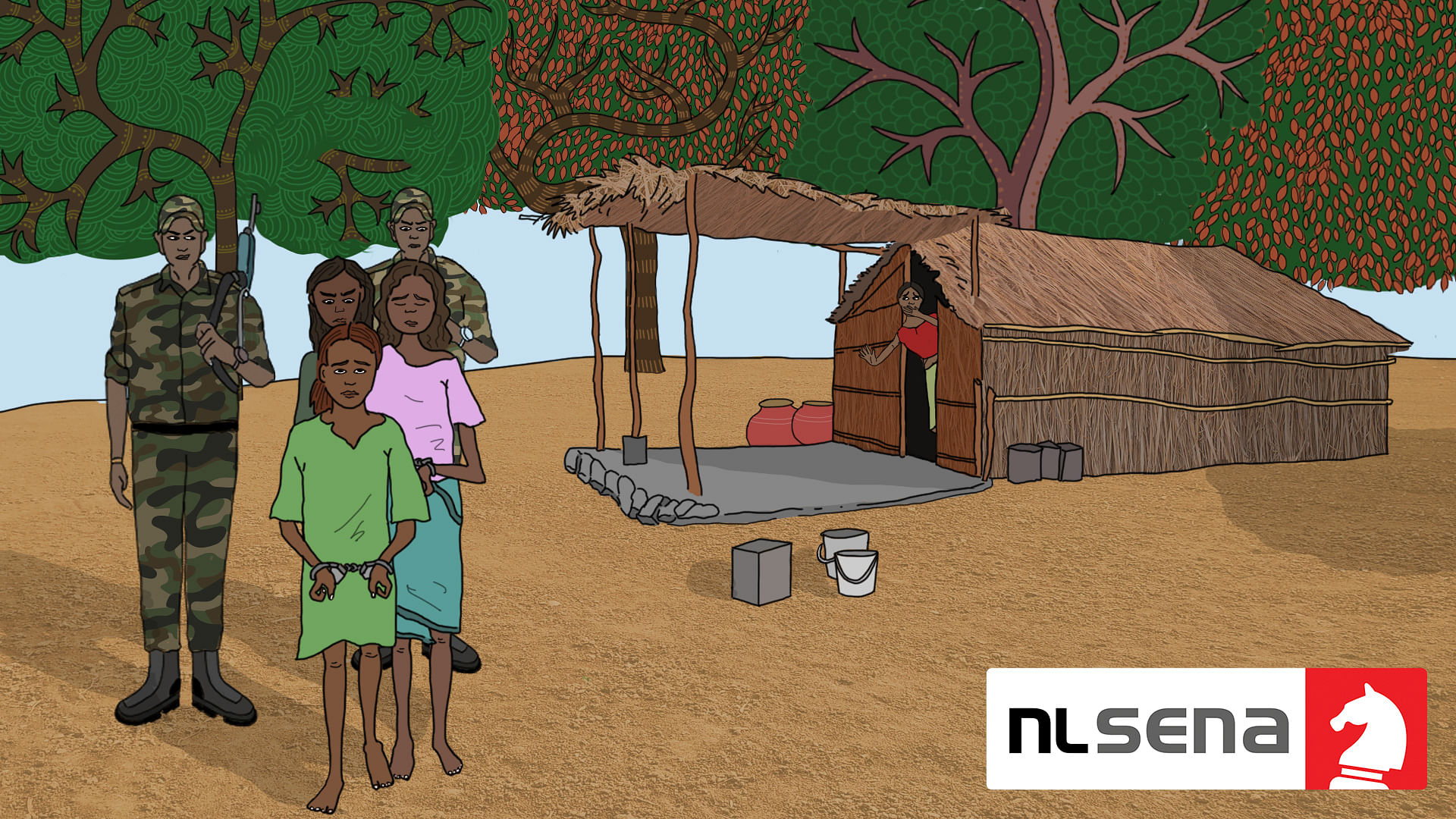 For Dantewada's Adivasis, jail is only a false allegation away