On June 29, the Pew Research Centre published its largest study outside the United States, surveying 29,999 Indians on “Religion in India: Tolerance and Segregation”.

The study, comprehensively conducted over three years, noted that Indians generally see the country as “a society where followers of many religions can live and practice freely”.

“Across the major religious groups, most people say it is very important to respect all religions to be ‘truly Indian’,” the study said. “And tolerance is a religious as well as civic value: Indians are united in the view that respecting other religions is a very important part of what it means to be a member of their own religious community.”

Of course, the study had other findings too; for example, “stopping religious intermarriage is a high priority” for both Hindus and Muslims in India. But it was the religious tolerance angle that found wide interpretation in the media.

Including Zee News. Which, unsurprisingly, used the report to push its own plans.

First, there was a text piece on its website. Here’s the headline: “Indians are tolerant, enjoy religious freedom, Islam rising fastest and Christians to remain the largest religious group in the world: Pew Study”.

Two news shows also focused on the purported “silence” of the “Darr gang” on India’s achievements in religious tolerance, as apparently outlined in the Pew study.

A good portion of Aman Chopra’s Taal Thok Ke was spent writing off communal tension in India by using the Pew report. A bewildered Chopra said that if 89 percent of Muslims feel they are free to practice their religion, then “why do people say there is no freedom in India, democracy is in danger, Muslims are scared?”

Later in the show, Chopra highlighted the secular tolerance of Hindus: “If Hindus were not tolerant, we wouldn’t have waited 497 years in a constitutional spirit for the [Ram] mandir to be made.”

But when Congress member and Rajya Sabha MP Hussain Dalwai flagged Indian Muslims’ issues with the Citizenship Amendment Act and National Register for Citizens, the irony was lost on Chopra as Dalwai walked off the show, with a furious Chopra yelling, “I challenge you! What does NRC have to do with Muslims? What is the full form of NRC?”

On DNA Live, Sudhir Chaudhary claimed the study “does not suit the agenda of a handful of liberals, intellectuals and designer journalists. That’s why it got no space in the media.” (Just off the top of my head, the Pew study was covered by Quint, Print, Indian Express, Hindustan Times, Times of India, News Minute, and Mojo Story.)

Chaudhary continued: “If this report said intolerance is spreading in India, opposition groups would have demanded prime minister Modi’s resignation by now.” The rest of the show was spent mining the Pew report for glowing statistics that show India’s tolerant character.

But, of course, the survey’s analysis is far more sober than these assertions. Simplistic and one-sided conclusions about nationalistic pride, or despair, cannot be derived from the data. The report’s analysis suggests that it is segregation which allows religious tolerance in India.

The majority of Hindus surveyed feel that eating beef or celebrating Eid disqualifies one from being Hindu. Moreover, 68 percent Hindus who took this position on beef strongly felt that being Hindu is intrinsically linked with the notion of being “truly Indian” – indeed an assumption cemented by primetime anchors on channels like Zee News. Meanwhile, a majority of Muslim repondents stated that eating pork or not going to the mosque is a disqualification for being a Muslim. Notably, 95 percent of Indian Muslims said they were proud of being Indians, even as their patriotism is routinely questioned by the likes of Chopra and Chaudhary.

The report also noted that while its findings can be applied to 95 percent of India’s Muslim population, it was unable to include respondents from Muslim majority areas like Kashmir.

Meanwhile, in its text piece, Zee claimed that, according to the survey, “Islam is rising the fastest among all religious groups”. By 2050, it quoted Pew as saying, Muslims will make up 10 percent of the population of Europe and India will overtake Indonesia to host the largest Muslim population in the world.

But this isn’t actually from the survey Zee cited. The projections are from a separate survey by Pew conducted three years ago. But this is inconvenient to Zee’s “truth”: that the Pew findings are proof of liberal hypocrisy.

The implications of such errors by Zee are not innocent, considering it ran a series of primetime debates and reports about Islamic conversion: from a “racket” in Uttar Pradesh of 1,000 purported conversions to Islam or the interfaith marriage fiasco in Jammu and Kashmir.

The Pew survey that Chopra and Chaudhary hailed on their shows, also says that only 0.3 percent people convert to Islam, and that Hindus – along with all other religions – gain as many people as they lose (0.7-0.8 percent for Hinduism).

But this is the channel that once plagiarised a “jihad flowchart” to explain concepts such as “love jihad” and “movies and songs jihad”, which slandered students of Jamia Millia Islamia, demonised the citizenship last protests, and whose “reporting” on the Tablighi Jamaat last year was replete with anti-Muslim dog-whistling.

So, while the Pew research has indeed shown that India’s found a way for its religions to coexist, it also shows that a key to this achievement has been liberal secularism. 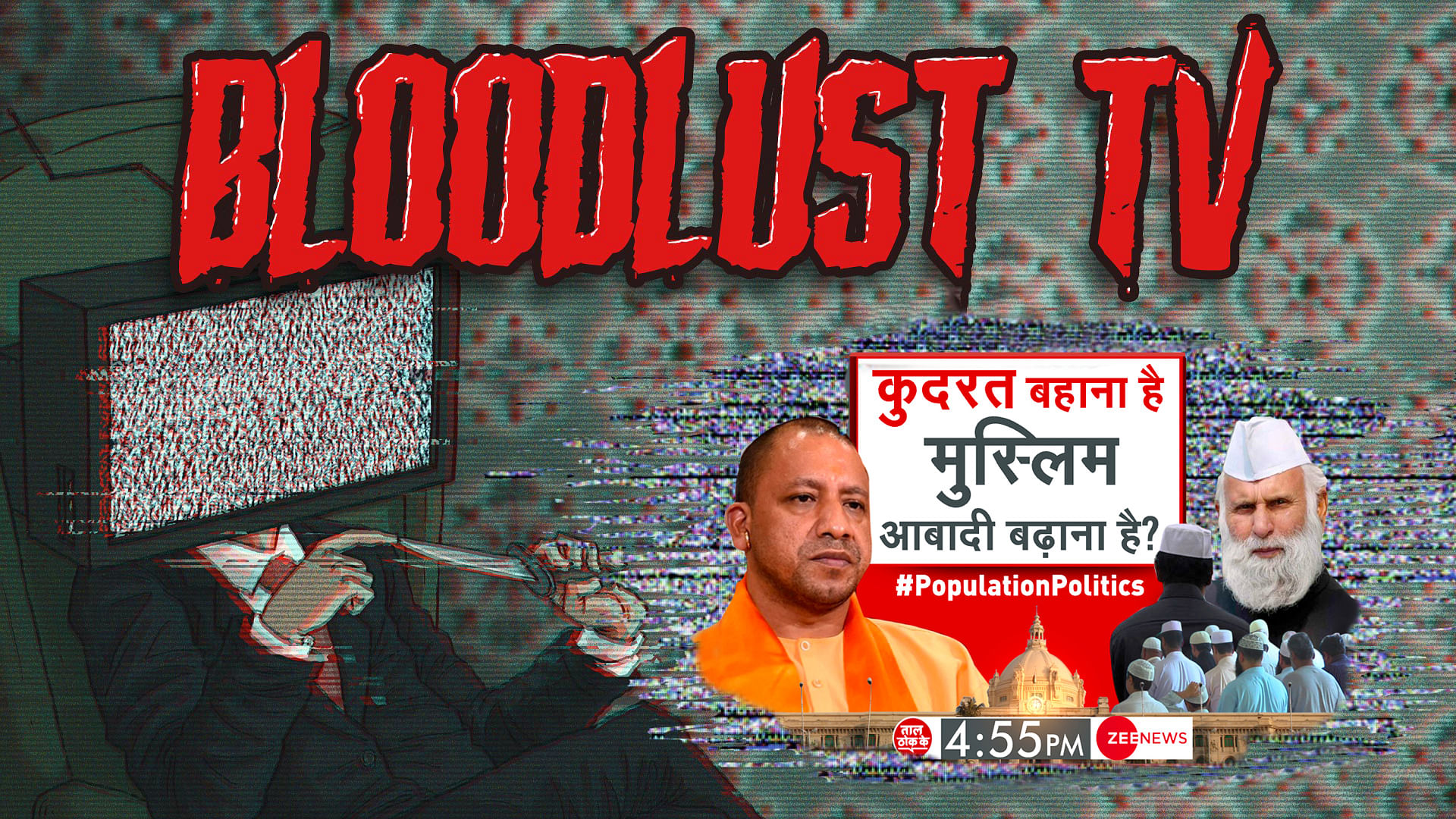