Walayar girls’ mother is out for justice. And she’s going after Pinarayi Vijayan first

V Bhagyavathi’s minor daughters were raped and died in 2017. She’s contesting this election to send a message to the CPIM government.

V Bhagyavathi’s campaign is different from every other election campaign happening in Kerala right now. There are no colourful flags, loud songs, or jovial party workers running around.

Instead, her campaign is quiet and sombre. Bhagyavathi’s son, husband, and a small group of supporters gather around her. A vehicle carries a poster of her with a tonsured head, while a loudspeaker announces: “You know what happened in the Walayar case. Vote for Walayar Amma, vote for safety of women.”

Bhagyavathi is no ordinary candidate, and this is no ordinary campaign. She’s the mother of the two minor Dalit girls – dubbed the Walayar girls by the media – who were raped and died in Walayar town in Palakkad district in 2017. Since then, Bhagyavathi has pointed out numerous lapses in the police investigation, and has alleged political interference in the case.

In yet another step in her quest for justice for her daughters, on March 16, exactly three weeks before polling day in Kerala scheduled for April 6, Bhagyavathi announced that she will contest as an independent candidate from Dharmadam in Kannur district’s Thalassery. Dharmadam is important because it’s not only where chief minister Pinarayi Vijayan will contest from, and has been contesting from since the town was formed in 2008, but it’s also a CPIM bastion, which gives it its name of “Red Fortress”.

But Bhagyavathi is not contesting merely to win an assembly seat. Her drive comes from anger, sadness, and hopelessness, and the need to send a message to chief minister Vijayan.

On January 13, 2017, Bhagyavathi and her husband, Ayapan Shaji, both construction workers, were away from home. Her two daughters, aged 13 and nine, were at home while their parents were at work.

It was the nine-year-old who found her sister hanging in a shed near their home. She told the police that she had seen two masked men leave her sister’s room earlier that day.

“I remember that day very clearly,” Bhagyavathi told Newslaundry. “My younger daughter sat on my lap and told this to the police. Somehow, her statement never made it to court.”

Fifty-two days later, on March 4, 2017, Bhagyavathi found the body of her nine-year-old daughter hanging in the same shed.

“I still remember that sight: of entering the house and finding my second baby also hanging,” Bhagyavathi said. “I lost both children, both my eyes, in those few weeks.”

The postmortem reports of both girls confirmed rape. The doctor who conducted the autopsy told the Times of India: “We have informed the police that there was clear evidence of rape on multiple occasions. There was also evidence of unnatural sex in the cases.”

However, the police concluded the older daughter had died by suicide. A detailed probe was only initiated after the death of the younger daughter, who had been an important witness in her sister’s death.

Meanwhile, Bhagyavathi never got to bury her children. The parents were allowed to see the bodies once after their postmortems. The bodies were brought home, she claimed, but only for 15 minutes, after which the police took them away. She said the bodies were then cremated by the police, in the absence of the family’s permission and presence.

“They did not even take our permission when they took the bodies,” she said. “After 10 days, they brought home something that looked like ashes. But how should I know if it belonged to my children or not?”

In September 2017, Pradeep Kumar was acquitted by a special POCSO court, which cited lack of evidence and the “prosecution’s failure to prove a case against him”. Additional sessions court judge Muralee Krishna noted that “no semen” could be collected “either from the specimen collected from the deceased girl or from the dresses of the accused” – an argument that would be repeated three years later by a senior police officer in the Hathras case.

In October 2019, the three other accused were acquitted due to lack of evidence. Pradeep died by suicide in November last year.

In January 2021, following protests by Bhagyavathi, her husband, and others, the Kerala High Court set aside the acquittals of the accused and ordered a retrial. The court was also scathing in its criticism of the police for a “faulty initial investigation and slipshod prosecution”. The court also held the trial court responsible for a “miscarriage” of justice.

Finally, in March this year, the high court directed the CBI to take over the case and instructed the state government to provide “all logistical support”.

But Bhagyavathi’s anger still burns bright. “Why is this government trying so hard to protect these accused men?” she said. “What is their connection to the CPIM?”

Anger against the CPIM, and Vijayan

Bhagyavathi’s claim is that one of the accused in her daughters’ deaths is a CPIM worker – something that the party has strongly denied. She also is angry because in October 2019, when Vijayan visited her and promised her justice, she “blindly believed” him.

“I had blind faith in the government till Sojan got promoted,” she said, referring to MJ Sojan, who had been the deputy superintendent of police and the investigating officer in the case. In June 2020, Sojan was promoted to police superintendent of the crime branch – despite media reports that he had said that the two minor girls had “enjoyed” the sexual abuse.

Bhagyavathi gestured at her tonsured head. “When I shaved my head, I took a vow that I won’t grow my hair as long as the police cap of power rests on Sojan,” she said, adding: “It is his [Vijayan’s] government that made me live on the street and protest for the last four years.”

Bhagyavathi also cited the fact that in 2017, when the case was being heard in the lower court, an advocate representing accused Pradeep Kumar was appointed by the state government as the chairperson of the state’s child welfare committee.

The advocate, N Rajesh, subsequently handed over the case to another lawyer. Rajesh’s appointment was widely criticised, including by Vijayan’s minister KK Shailaja, and he was removed from the position in October 2019.

It was a combination of all these things, Bhagyavathi said, that pushed her to lose faith in the Vijayan government. Once a CPIM supporter, she’s now decided to take a stand.

But Bhagyavathi’s initial plans for this year hadn’t included contesting in the election.

On January 26, she began a one-month satyagraha opposing Sojan’s promotion. On February 26, she publicly tonsured her head and announced a state-wide protest against the Left government which would include visiting Kerala’s 140 constituencies.

During the first leg of this journey in early March, she visited Dharmadam with a group of activists. Here, she wrote a letter appealing to mothers in the town to ask the chief minister whether he had given justice to the mother of the Walayar girls.

“When the mothers read my letter, they told me that instead of asking him, I myself should contest and ask him this question,” Bhagyavathi said.

‘It’s us Dalits who are losing lives’

Bhagyavathi’s surviving child, a 12-year-old boy, sticks close to his mother during her campaign trail. “I’m scared to let him out of my sight,” she said.

Bhagyavathi’s son was eight years old when his sisters died. According to her, there have been two attempts on his life. The first was in 2017, soon after the younger daughter was found dead. Her son had been living in his school hostel in Palakkad at the time to escape the “chaos” at home, she said, when he was allegedly attacked by a man who looked similar to one of the accused, M Madhu. This attacker allegedly tried to attack him a second time too, Bhagyavathi said.

“Now, we have taken him out of the hostel,” she said. “It’s not safe for him anywhere. I have lost two children and I can’t lose him now too. But I feel guilty also, because all of this has taken a toll on his life and his education.”

Yet she has made up her mind to finish her fight. “If needed, we will sell our land, our house, our belongings,” she said, “but we want justice.”

Bhagyavathi said she is also contesting to “show the world that a Dalit woman can enter politics”.

“It’s us Dalits who are losing lives,” she said, adding that while the family does not experience untouchability, they face severe discrimination. “It’s our children getting raped. It’s boys from our community who get stabbed for political killings. Yet it’s mostly upper caste men who become big politicians. Why?” 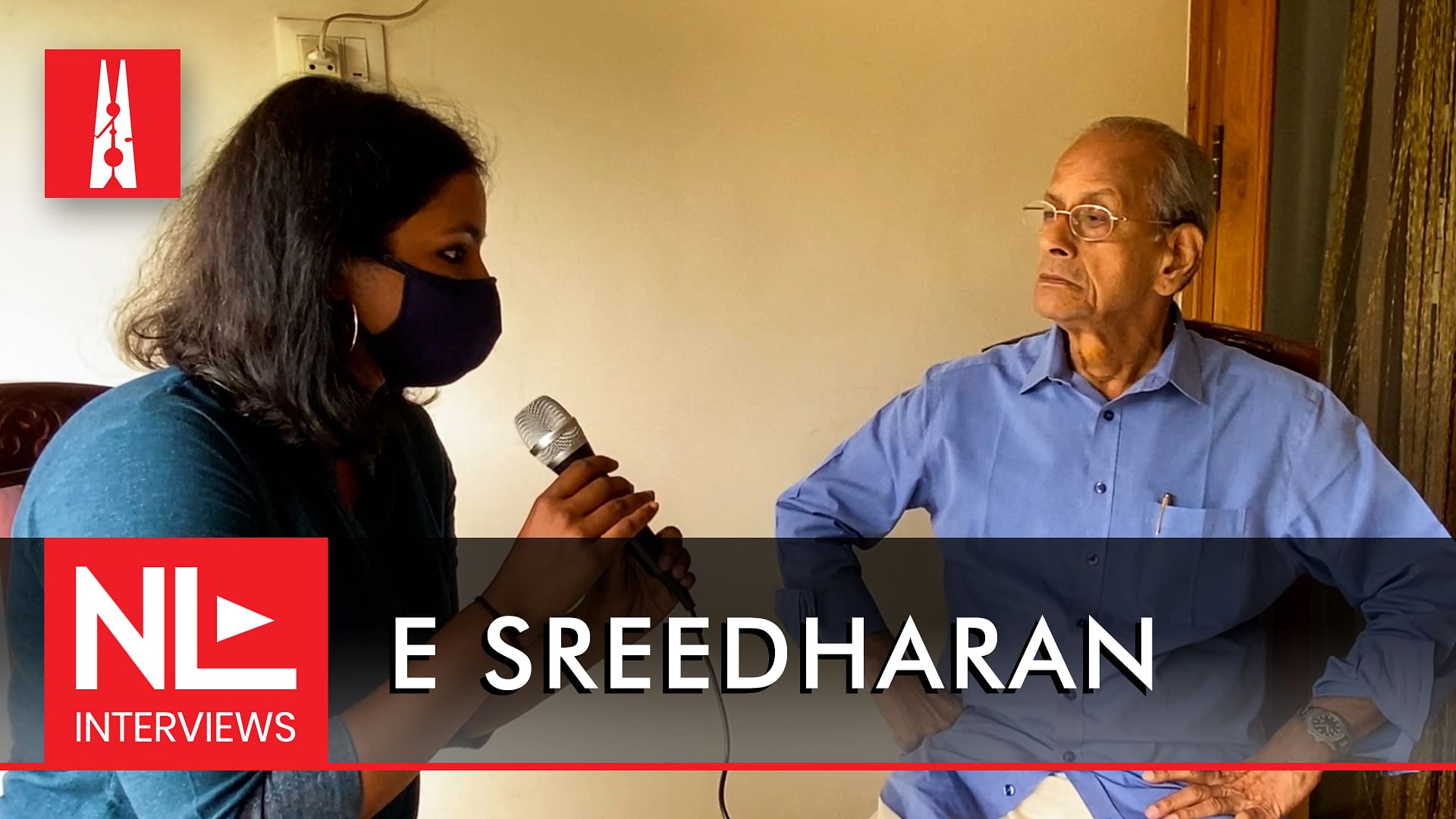