It has been a year of TRP wars, letters to the TV ratings agency, probes into malpractice. Again.

The Indian news broadcasting industry is primarily split into two fraternities at loggerheads with each other. But over the last few months, both of them have approached the country’s premier television ratings agency, asking it to fix its faulty TRP measuring system. Titans of Indian journalism, meanwhile, have continued to one-up each other on who won the ratings game.

The News Broadcasting Digital Association boasts of legacy news organisations such as India Today, News18, Times Now, ABP and Zee while the News Broadcasting Federation has newer, fiery brands like Republic and TV9. But why are they objecting to ratings data? Do they have a common complaint? And what is the way ahead?

The NBDA’s primary concern against the Broadcast Audience Research Council earlier this month was “rolled data” – an absence of daily data which it said leads to war mongering and toxic content since channels are unable to decide on the right stories which work.

The NBF, on the other hand, objected to landing pages being used as a metric of viewership. A landing page is the channel you see on your TV when you switch on your set-top box, and buying it is a way of increasing a channel’s opportunity to appear on TV sets. It said the BARC’s stance of not taking any visible action over their concerns makes them believe that the council has “no intention to arrest a clear malpractice, and, even worse, has no qualms with allowing the perpetrators' making undue gains”.

Launched 12 years ago, the BARC is an industry body owned by top broadcasters and advertisers, and was restarted in March this year after suspending ratings on the news genre in October 2020, following an alleged TRP scam where Republic TV was one of the accused. The Mumbai police had alleged that few media houses bribed homeowners to “rig” their TV ratings. At the time, BARC said it planned to “review and augment the current standards”.

But right before ratings resumed this year, NDTV opted out of BARC, saying that the body needed to “urgently clean up its act”. In October, Zee pulled out, citing issues with the landing page. It was followed by iTV Network, which said it had raised very serious concerns regarding the reliability of the ratings but that none of them had been addressed.

To top it all, misdoings by Hansa Research Group, a company contracted by BARC to measure TRPs, were also highlighted this year when the Enforcement Directorate filed a chargesheet over the alleged TRP scam.

“Every news channel has reservations [with BARC] but we don’t have a choice,” said R Jai Krishna, Secretary-General of the NBF. “BARC ratings are the only benchmark available now, many advertisers know that. But many still look at it as a way of negotiating prices. BARC needs to fix landing page issues and on-ground rigging.”

Many goodbyes, and ‘solutions’

News consumers are subjected to decorations of “we are India’s most watched channel” every week – each news channel interpreting BARC data in its own way to claim the same. But three channels you will not see make this announcement now are NDTV, Zee and NewsX, as they withdrew from BARC this year.

Joy Chakraborthy, the chief business officer of Zee Media, said that they had not withdrawn from BARC but only suspended ratings until the issues were resolved. “Landing pages is the biggest issue for us. It is not a level playing field. It’s not the right measure for viewership. It’s forced viewership, people aren't watching by choice. People say it is a marketing tool but marketing tools get you to a product, don’t force it on you like it is happening here,” he said.

“Many brands are not coming on our channels right now as global standards require a channel to be part of a measurement thingie,” said Chakraborthy. Independent third-party auditors evaluate ads to see the metrics for choosing a particular channel.

“It has pinched, but it is a short term loss to get long term results. We’ve taken a conscious call to do that for the industry. Besides, people know the legacy factor. People who have money to burn do this [landing pages] and are getting ratings, but not revenue. Because, the market knows that news is a habit. You can’t suddenly go number one. Habits don’t change so fast. News channels have themselves to blame for this position as every week someone claims they are number one. People get confused about who is currently number one.”

Other issues that Zee has with BARC are measurability and the lack of multiple screen reporting. “News is also suffering as it is watched on multiple screens – OTT, TV, and digital. BARC is not able to count that. The fact that the news percentage of viewers is very miniscule today is not right. People do consume news, but many do it digitally.”

“A system is as good as the people who maintain the rules that govern it. We believe the present BARC system is as reliable as it can get. We would not say the same about the earlier BARC,” a Times Network spokesperson told Newslaundry. “For fair play, players need to know not just the rules of the game, but also the referee’s methods. While we trust the present lot of people, we think there is room for more transparency. In the present linear one way distribution, the most suited and cost effective method is already being followed by BARC.”

In response to a question about the future of TRP wars and data collection in 2023, the Times spokesperson said, “Data collection will go on and so will TRP wars, till on demand becomes the major method of TV consumption. And that’s some years away.”

A news professional from a leading media house said that perception was as important as BARC numbers. If Aaj Tak, for example, was not leading the charts, it would still demand ads and ad rates due to the public perception of it being a leading legacy channel. “It is a currency. It is not perfect, but what other options do we have?”

A channel that spent almost seven months on top of the BARC charts in the all-India group aged 15 and upwards for the Hindi-speaking market has been TV9 Bharatvarsh, thanks to their round-the-clock coverage of the Russia-Ukraine war. Their leap to the top also raised eyebrows, with the NBDA calling it “unnaturally high”.

Raktim Das, chief growth officer (digital and broadcasting) of the TV9 Network, told Newslaundry that while there was no “100 percent perfect system,” BARC performs satisfactorily as a measurement system in the given situation. Das claimed that BARC is open to improvements and innovation as well.

“Let us remember that BARC reports data for all genres beyond news as well and there has not been any complaint whatsoever in recent years on data sanctity. The ratings for the news genre were suspended for about 17 months arbitrarily apparently at the behest of some players in the industry who found their performance not being up to the mark,” said Das, responding to Newslaundry’s questions about BARC.

Elaborating on the exits from BARC, he said, “Those that have exited the rating system are either fringe players or those platforms experienced heavy fall in their ratings. One major network exited in view of the government mandate to revoke permission for simultaneous up-linking of channels in KU band, a move that would lead to these channels losing out on unfair advantage they enjoyed so far.”

Das said that it was time to invest in Return Path Data proposition, which is an audience television viewing data that comes from set-top boxes installed at the subscribers’ home.

“Ratings wars will unfortunately persist for a while. It is not fair to keep criticising any rating system which doesn’t report them favourably irrespective of their channel strength. It appears that those who don’t have a plan of their own, end up creating dummy gaps in the existing system,” said Das. “But are we ready for the future? Not really? It is an embarrassment that we are following several decades old sampling models. In the era of digitisation, even if you sneeze, there is all round noise about it. As we move away from the traditional linear model and news brands become platform agnostic, viewing must get reflected in the most transparent real time manner. Most importantly, going forward, we have to get ready for a universal data reportage.”

Newslaundry has sent a questionnaire to BARC. This report will be updated if a response is received.

Meanwhile, the Delhi High Court last week sought the responses of the centre and BARC in a petition that sought government takeover of the council. This petition was filed by the Veterans Forum for Transparency in Public Life – an association of retired armed forces officers who claim their primary objective is restoring transparency in all functioning government and private bodies. They also sought strict implementation and compliance of the Bureau of Indian Standards Act, 2016. 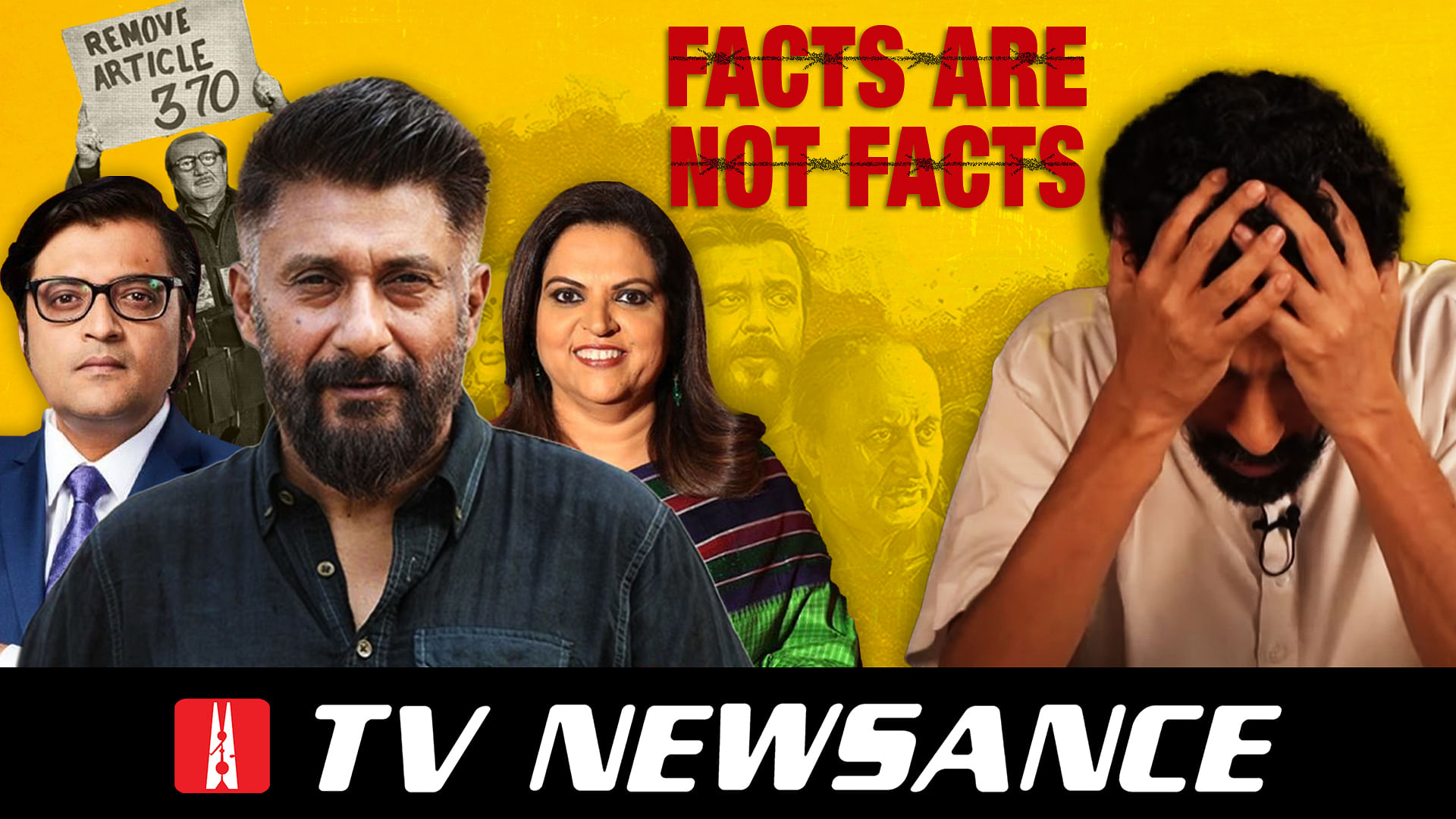