JDU-BJP breakup: Why Nitish can afford to play maximalist again

Bihar’s political equations are unsure, unlike other Hindi heartland states.

It must have been a long night in Patna.

There has often been tension and unease in the governing alliance and in recent days, the suspense of a snap had to be waited out. And there are few who grasp the political value of waiting as much as Nitish Kumar.

As a survivor of power play in Bihar, Nitish has always directed his craft and sense of timing to find the mean between brinkmanship, political capital, and expedient tradeoffs. It’s easy to dismiss his alliance-switching traits as opportunistic. But he takes his chances, and the space available for his manoeuvrability has largely been a function of inconclusive political equations and their unsettled social bases in the state.

In essence, Nitish has been a maximalist – aware of how he and his party can leverage the role of being the missing piece in the inadequate claims of two key rivals on the seat of power. In his flexibility, there is a subtext of how Bihar is an outlier to the largely bipolar contests now seen in other Hindi heartland states.

In the 21st century, Bihar hasn’t seen a single party having the numbers on its own to form a government. Even the last Rabri Devi-led RJD government in 2000 was formed with the Congress’s support. In the five assembly polls that followed, it was either an NDA combine (2005, 2010, 2020) or a Mahagathbandhan (2015) that secured power, punctuated with Nitish’s 2017 switch from the Mahagathbandhan to the NDA. Even the convincing wins of the NDA in 2005 and 2010 and that of the Mahagathbandhan in 2015 were coalition wins – none of the bigger parties had the confidence to go it alone, or had the numbers to do so after the election outcomes.

There was a sense of inadequacy seen in both the Mahagathbandhan and the NDA once they were bereft of the filler offered by the JDU, a reality that was clear to both the BJP and RJD in varying degrees in 2015 and 2020. Does this mean that in post-Mandal Bihar, the social bases of power are too fluid and unsettled to give a decisive pan-Bihar mandate to any single political force?

At the same time, a number of smaller parties – like the Vikassheel Insaan Party and Hindustan Awam Morcha – emerged, driven by identity politics and claiming their slice of social justice constituencies. They added to the already cluttered political landscape in the state. Unlike other Hindi heartland states, the Left parties continue to have pockets of support in Bihar, winning 16 seats in the last assembly poll. Even Asaduddin Owaisi’s AIMIM found traction by winning five seats in the state, though the RJD recently weaned away four of these seats.

If any proof was needed, the last assembly poll results showed that Bihar’s electoral politics accommodates ideological currents woven around different socioeconomic identities. That so many parties with so many ideological differences won seats showed the exercise of political choice was diffused over the coordinates of ideological persuasions and socioeconomic interests.

Despite this complex mix, one clear pattern also emerged in the last two decades, that two bigger blocs of the Big Three – namely the RJD, BJP and JDU – can combine to form a power coalition. This has been a tilting factor behind which alliance is strong enough to form the government. As the RJD and BJP cancel each other out due to their distinct voter base, self-identity and ideological space, Nitish’s JDU is the only moveable piece. Post 2014, this placed Nitish in a position where his party could swing an election for either the BJP, which is his old NDA ally-turned-rival, or RJD, a rival but fellow member of the Lohiaite umbrella.

It’s not that the JDU aimed to be a filler. In his first two stints as chief minister, Nitish worked on building a social alliance of support groups that was aimed at cementing the party as one of the two rival poles of power competition. But in the last decade or so, such ambition has toned down into a more realistic stock-taking of the immediate scene. As the two rivals haven’t extended their arc to clinch a decisive win for themselves, the search for the adjunct has taken them to the JDU headquarters in Patna.

This also means there is a significantly unsettled element in the rivalry between Bihar’s two social coalitions. The fluid political formations in the state show that the match-up of different social coalitions powering rival alliances is too unsure. The famed M-Y axis – a few Dalit and EBC groups versus non-Yadav OBCs, EBCs, Mahadalits, Pasmanda Muslims, upper caste accommodation – and the Nitish governance model might be analytical tools but they lack a pan-Bihar appeal to be conclusive enough. The shifting sands of power play do not come from very defined social bases. In that sense, the interplay of social forces in post-Mandal and post-liberalisation Bihar is yet to produce a defining power mandate for the state.

For the major political parties in Bihar, alliance-making has been one of the ways around the lack of a clinching power equation in the state. For a national party like the BJP, this is a realisation of the difference between striking distance of the state government and being in the state government. The party has come to grips with the fact that, despite its OBS and Dalit inclusion drive, national narratives, welfare politics, and Modi’s appeal, there are segments of constituencies where it’s made no inroads, or faces stiff competition in the state.

Moreover, the BJP’s drive for aggressive expansion in Bihar had to be tempered by move that could assuage the insecurities of Nitish’s JDU, which had a string of reasons to be anxious. This can be seen in the light of a lingering factor – the poll results reduced the party to No. 2 in the alliance seat tally and the JDU suspected the BJP’s “Chirag model” had been used to clip its wings.

In the rival camp, the RJD has been worried about the persistent limits of its electoral reach. The party is aware that it has been captive of its formulaic social base as well as public memory of its misgovernance and thuggish rule in the past. It has been making a coded admission of its missteps and also trying to extend its social turf to other groups, most recently to upper-caste Bhumihars. Till these two bigger players in the state – both of which can be seen as clear rivals in electoral contests – make far deeper roads in the state polity, the Nitish-led JDU will figure crucially in 1, Anne Marg’s power matrix.

The reasoning behind Nitish Kumar’s move would obviously be seen as a blend of deep-seated anxieties and immediate ruptures in the coalition. Such factors demand a separate look. But the essential point of Nitish’s latest alliance-switch is that it again shows unsure political equations in the state and its unsettled social premises. As two rival alliances in the state grapple with the link between being in striking distance of power and actually being in power, Nitish is again set to play the maximalist. Unlike other Hindi heartland states, Bihar’s cluttered political landscape hasn’t settled down to definite victories and defeats. Nitish has the knack of finding himself somewhere between the two. 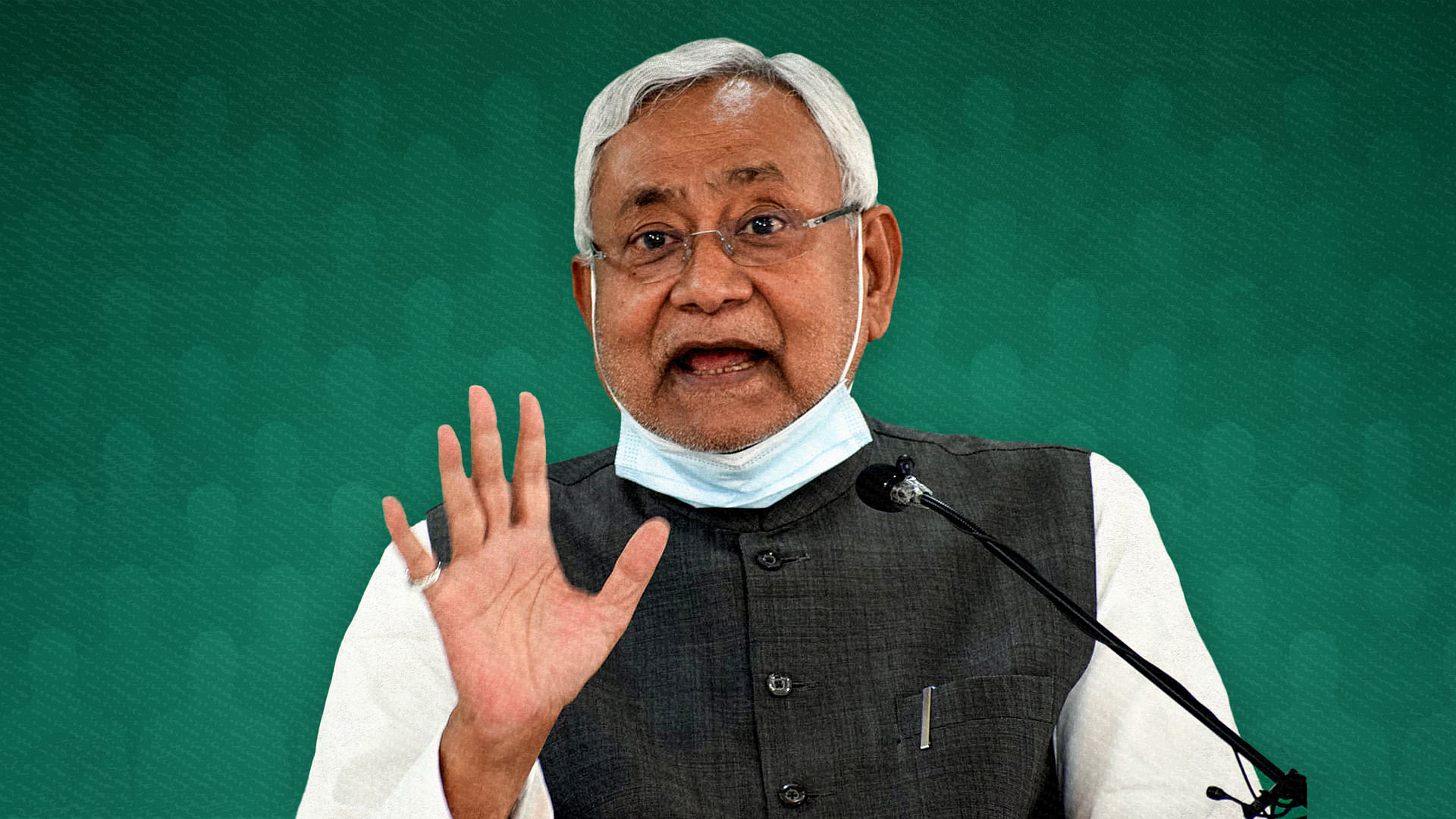